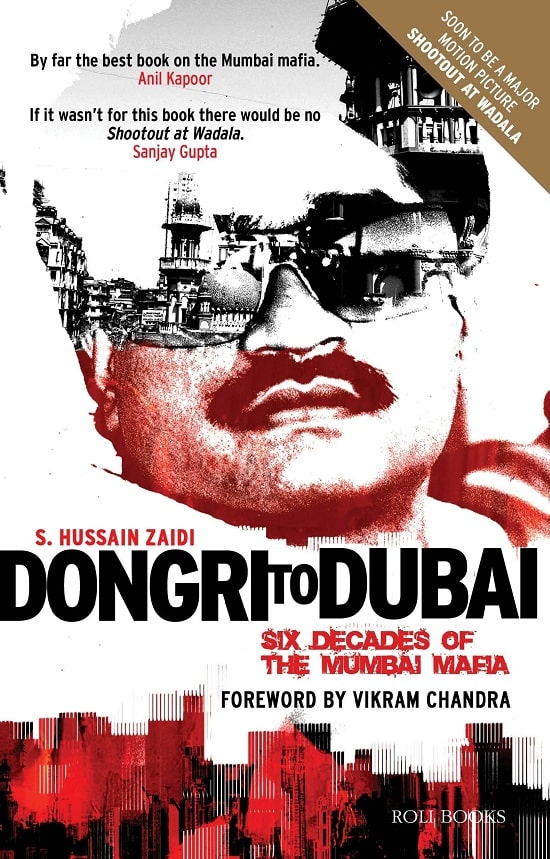 Reading Time: 5 minutesThe seedy underworld of India’s financial and entertainment capital has provided fodder for a plethora of books
While trawling through books about Mumbai a few months ago, I was astounded by the number of books written about the Mumbai underworld, their crime bosses and Dons. So ubiquitous is their presence, both in the literature on the city as well as in Bollywood movies, that this reviewer felt it deserved a whole column!

The Mumbai Mafia has often been romanticised in Bollywood movies; yet its tentacles hold the movie industry in a vice-like grip and has become as much a part of Bollywood as it has of the metropolis itself. Who has not heard of Haji Mastan, Dawood Ibrahim, Varadarajan Mudaliar (Varadabhai), Karim Lala, Yusuf Patel or Abu Salem?

The Indian Mafia by Srikanta K Ghosh (1991) is one of the earliest books on the subject. It was one of the earliest exposes on the growing influence of the mafia up to that time, comprising broadly of antisocials, gangsters, goondas, musclemen, dadas and other lumpen elements of the underworld, thriving on crime and vice, on industry, business, politics, education and society at large.
The most definitive contemporary works on the subject are the books written by S Zaidi Hussain, who is a Mumbai-based crime reporter who had worked with the Indian Express and Mid-Day. His booksinclude From Dongri to Dubai: Six Decades of the Mumbai Mafia (Roli, 2012); Black Friday (Penguin2001); and The Mafia Queens of Mumbai (Tranquebar 2011).

In Dongri to Dubai, he traces the rise (and fall) of the most feared crime bosses in Mumbai, from Haji Mastan to the D-Company that was created by the proteges of Dawood Ibrahim. The reader would be surprised to learn that Mastan was the son of a police constable, who built perhaps a billion-dollar empire that he now controls from Dubai and Karachi.

Zaidi Hussain’s latest book is a detailed biography of a well-known underworld figure Abu Salem who rose swiftly from the ranks of the D-Company. His life is the very stuff of Bollywood movies: a man capable of extreme cruelty and extreme passion for his girlfriend, actress Monica Bedi. The books is titled My Name is Abu Salem.

Author Zaidi Hussain
Written with Jane Borges, Zaidi Hussain’s Mafia Queens of Mumbai is a compelling account of the women of the underworld: the wives, girlfriends of mobsters, madams of brothels, and other ambitious women who were keen to scale the heights of notoriety: women who acted as advisers behind the scenes, or women who took over when their husbands were killed.
One such was Gangubai, a girl who escaped from her small village to the streets of Mumbai and eventually became the matriarch of Kamathipura, Mumbai’s red light district.
The Most Dangerous Man in the World (2008) is an interesting biography of Dawood Ibrahim by Gilbert King. The book begins by juxtaposing Ibrahim and Osama bin Laden, and King argues that bin Laden is a pauper by comparison!
The former controls a multi-billion dollar empire and his D Company is one of the most politically connected gangs in the world, controlling some of the most lucrative drug and nuclear smuggling routes. The author traces Ibrahim’s links with the ISI to 1991, and alleges that the communal riots unleashed in Mumbai in 1993 can be attributed to his D Company; he now lives ‘like a king’ in Karachi, and is purported to have bailed out Pakistan’s Central Bank during the crisis in 2000.
There are several such connections he draws in the book, including the allegation that Ibrahim had a role to play in the kidnapping of Daniel Pearl in Pakistan, and worked with AQ Khan in the illegal smuggling of nuclear material.
Another crime reporter and Editor of Investigations for Mid-Day, who had also worked with the Indian Express and Hindustan Times, Jyotirmoy Dey (J-Dey) wrote a book Kallaas: An A-Z Guide to the Underworld, which was, as the title suggested, a complete guide to the Mumbai Mafia.
He wrote another book called Zero Dial, an expose on police informers. He amassed a wealth of information on the subject by talking to the police, gang members, informers and the dons themselves. His books also give an exhaustive list of euphemisms that the underworld uses to outsmart law enforcers. (These were later used by Vikram Chandra with great effect in his gangland-novel Sacred Games).
So close was J-Dey to the truth that this fearless journalist was shot dead by four unknown hitmen in 2011; he was working on his third book on underworld (and its connection to the oil mafia).

Bollywood’s fascination with the underworld – despite its vice grip on the industry today – has produced several movies from the above books. Dongri to Dubai was adapted by Sanjay Gupta into the movie Shootout at Wadala starring Johan Abraham; Black Friday was adapted by Anurag Kashyap into a movie, and after a court battle was released in 2004.
Meenal Baghel, another investigative journalist, wrote an account of a sensational murder in Mumbai, which was turned into a movie by Raj Gopal Verma called Not a Love Story.
Mumbai’s mafia and the underworld have changed and adapted with the financial capital’s changing character. Their beginnings can be traced back to the early years of India’s Independence when the Maharashtra government’s prohibition policy led to bootlegging, and the associated business of matka – an illegal gambling racket.
In the 1960s, Varadarajan Munuswamy Mudaliar (aka Varadabhai), Haji Mastan and Yusuf Patel were the big players. The collapse of the textile industry in Mumbai around that time led to the rise of Dawood Ibrahim and his cohort.
The watershed event, however, is the Stock Exchange serial blasts of 1993 that left 257 dead and hundreds maimed; it changed the face of organised crime in Mumbai. Until then, the underworld had attracted Hindu and Muslim unemployed youths.
Dawood Ibrahim’s involvement in the serial blasts, however, (prompted by the ISI, according to King), changed it forever: most Hindus drew a line there and left his gang. His trusted lieutenant Chota Rajan formed his own gang in South East Asia.
Also, whereas most of the mob leaders had hailed from Mumbai and its surrounds until the 1992; today most of them come from outside Maharashtra, mostly from UP and Bihar, and their use of katas (handmade pistols) has proliferated.
Whereas once gold and silver smuggling was lucrative, today hawala and money laundering, illegal trade in sophisticated arms and illicit drugs are the favoured activities of organised crime in Mumbai. Extortion, film financing and the smuggling of computer parts are now their bread and butter.
Dons are no longer simply satisfied with a share of profits from the Bollywood film industry – they want partnerships, and a slice of overseas rights for film and music distribution. Their transnational linkages into legitimate businesses like hotels, real estate and the movie industry, have made it more difficult for law-enforcement agencies to rein them in.