The eternal war within 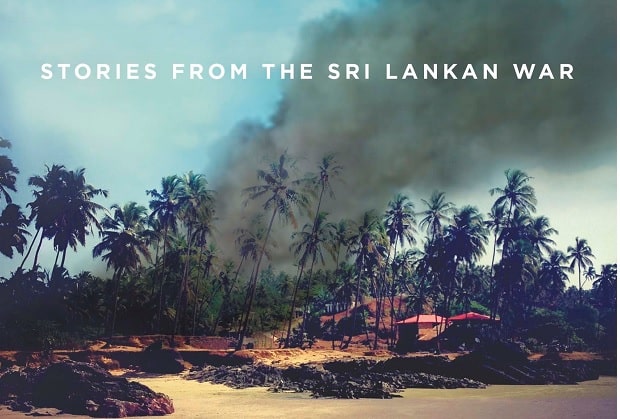 Outright war may have ended in Sri Lanka but an unbroken arc of violence stretching from the conflict has enveloped the island nation.

President Mahinda Rajapaksa and his brothers preside, “Over the peace in much the same way they had presided over the war, with arrogance and power,” says journalist and author of This Divided Island: Stories from the Sri Lankan War, Samanth Subramanian, in what is undoubtedly one of the finest books to come out in post-LTTE (Liberation Tigers of Tamil Eelam) Sri Lanka.

Samanth spent months in Sri Lanka after the Tamil Tigers were wiped out in 2009. He travelled extensively and met innumerable people affected one way or the other by the war, including Sinhalese, Tamils and Muslims. He encountered those who waged the war and those who were its victims.

“Anger still ripped through the island. The state still pummeled its society to submit before its powers… Sri Lanka had forgotten any other way to live”.

This is a powerful book. It is a strong indictment against those who preside over Sri Lanka today, seemingly willing to live in harmony with the Tamils but unable or unwilling to control the militarist Sinhalese nationalism that cares nothing for Tamils or even Muslims.

It doesn’t matter that these two communities were themselves the greatest victims of the LTTE’s multiple acts of terror. The fact that they are not Sinhalese is what matters. This does not mean that all Sinhalese are happy with the Rajapaksas; indeed, many Sinhalese journalists and rights activists have fled abroad or ‘disappeared’ after voicing dissent.

Samanth visited an army-built war museum in the former Tiger zone, the heart of Tamil country, that had signboards only in English and Sinhalese!

“Even as the government gloried in winning a war that brought Tamils back into its fold, it held them at arm’s length… How could any Tamil – even a Tamil who believed fully in the notion of a whole Sri Lanka – not chafe at being doubly excluded from this museum, first by physical barriers and then by the barriers of language?”

In the new Sri Lanka, says Samanth, demolition is a vital tool of nation building. Everything not to the liking of the victorious Sinhalese is done away with including constitutional reforms, LTTE cemeteries, its leader V. Prabhakaran’s family home in Jaffna, a Hindu mutt attached to a Murugan temple in Batticaloa, even graves of Sufi saints who preached peace.

At the same time, everything is being re-engineered to fit the new mindset.

“The image of the president; road signs and road shrines; the past itself. The very landscape of the country was being altered, as if Sri Lanka could be transformed into its intended future”.

Samanth speaks about new Buddhist stupas coming up in war-shattered towns: “Their splendid milky finish in sore contrast to the ruin around them”.

Some Buddha statues sit just outside the walls of sprawling army camps in Sri Lanka’s north and east, the former war theatre making “it difficult to tell who was watching over whom”.

Like most Sri Lanka watchers, Samanth has no sympathy for the now vanquished Tigers. As he weaves in and weaves out of the LTTE story along the gripping narrative, the author is clear that the same Tamils who once believed in the Tigers later developed fear and revulsion for the rebels.

“The history of the Tigers’ struggle for Eelam is less a succession of political manoeuvres than a parade of slaughter”.

He documents the cruelty Prabhakaran and his men heaped on their own community: the way they abducted young Tamil boys and girls without mercy to fight a war they waged, how Tiger leaders chose to surrender to security forces after making others bite the cyanide capsule, and how Tamils were killed simply because they did not agree wholly with the LTTE.

The book is a cold-blooded surgery of a Sri Lanka that was expected to reconcile with itself after a quarter century of ethnic strife, but has not.

“Sri Lanka was a country pretending that it had been suddenly scrubbed clean of violence. But it wasn’t, of course. By some fundamental law governing the conservation of violence, it was now erupting outside the battlefield, in strange and unpredictable ways”.

Anyone interested in Sri Lanka, its past, present and future, must read this book.