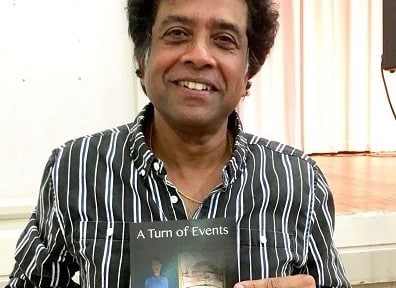 
For example, in ‘A Doctor in The Making’, we read of a dutiful daughter, who despite her own ambitions, takes the easy road and gives in to her parents’ expectations and emotional blackmail to study medicine, only at the end, to turn around and advise them that she was not going to practise medicine and instead will study mathematics. Had she taken the initial, more difficult road of trying to convince her parents why their expectations did not align with hers, she could have saved herself years of effort, the financial resources spent, and the place she would have taken from someone else to study something she had no intention of using. While this is a familiar story among Indian households, it does not reveal the far rarer experience of loftier ideals of parents understanding their children better, or children accepting the challenge of being more forthcoming about their dreams.
Similarly, in ‘The Healthy Man’ we read of a woman and her parents who keep her diabetes from her potential husband, a health-obsessed suitor, who does not see beyond the here and now. Girdar (the groom) demonstrates incredible self-centredness in self-righteously sending his diabetic and pregnant wife back to India – only to get his comeuppance when he dies of a heart attack. Girdar chooses to be a khudgarz, swarthee zaalim, when the higher road would have been to live and let live, and accept the fact that his parents allowed the dowry to guide their actions. Everyone in this story is equally culpable, with the true innocent victim being the baby who is yet to be born.
The characters in each of the stories demonstrate the range of human nature – jealousy, envy, resentment, judgement, abuse, pettiness, spite, betrayal, manipulation. At the end of each story there is a twist that takes place which shapes the characters’ lives. But even then, there is no indication that the character has evolved or learnt from their experience. One just imagines that each character continues to live their life, in the same incurious, unevolved skin they inhabited at the beginning of the story.
The stories would have been more compelling – by being less predictable – had the author chosen to portray characters through actions of a loftier nature. Characters that took the higher road, and transcended their base natures in the process would have added complexity, interest and intrigue to the stories. Additionally, it would have given the reader food for thought, and more importantly, provided a canvas on which to frame their own behaviour and character.
Then the thought occurs to the reader that the characters are no different from the people we know. We all continually fail to take the road less travelled. We don’t always allow our higher selves to shape our actions. And in failing to do so, the characters in A Turn Of Events are simply a reflection in a mirror we hold to our faces
- Advertisement -
Share
WhatsApp
Facebook
Twitter
Linkedin
Previous articleA tale of two cities
Next articleCricket for change