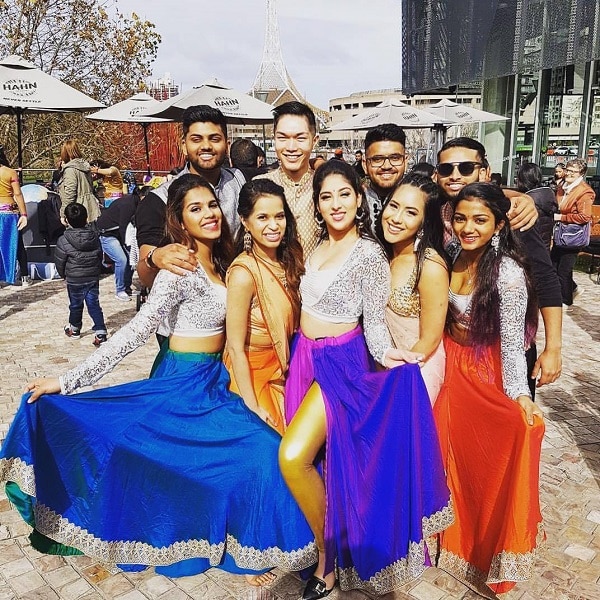 “And the winner is Adelaide Agni!”
As Bollywood celebs Malaika Arora and Karan Johar announced the name, it was a moment of ecstasy for us. After all, this was the People’s Choice award in the Telstra Bollywood Dance Competition (TBDC), at the Indian Film Festival of Melbourne.
The cream of the Hindi film industry was there when IFFM took place last month, and to have impressed the judges and win the competition was indeed a big deal for Adelaide Agni and a validation of the members’ hard work.
Adelaide Agni was first conceptualised in 2013 as a part of a South Asian university society I founded while I was a student at the University of South Australia. By 2015, a majority of the founding members of both the university society and Adelaide Agni had graduated and it was time for Adelaide Agni to come out of its shell and into the public as an independent group.

The year 2016 saw reconceptualisation of the dance team from a university-based one, into a professional collective of choreographers who worked together to blend their individual styles.
Adelaide Agni’s team returned to the TBDC in 2017 after first participating in 2016 as a much smaller group of four.
That performance had been a great learning experience and we knew we had to bring our best in terms of choreography, costume, theme, music and props for the next year. This year had seen the expansion of Adelaide Agni, with the group now bringing 10 members to Melbourne.
The competition day started out with great excitement, as we got to see the most beautiful woman in the world Aishwarya Rai Bachchan and her daughter Aaradhya raise the Indian flag to celebrate 70 years of Indian independence.
The vibe of the participants and the crowd was electric but we rushed off to find a quiet spot to have last-minute rehearsals. Our performance was scheduled first in the adult dance group section and nerves were high as we prepared to take the stage. However, that all vanished when we were up on the stage performing in front of the judges and the warm Melbourne crowd.
Before we knew it, our routine was over and it was time to watch the remaining performances. The performances in 2017 had all stepped up from previous years and we knew it was going to be a tough competition to come out on top.

As the competition concluded and the judges came up on stage to announce the winners, we held our breath and our hearts. However, the ecstatic moment when our team’s name was finally announced by Malaika Arora and Karan Johar is one we will never forget as we raced down to get back onto the stage.
That moment of standing on stage, being able to meet these celebrities and accepting our award was overwhelming for the founding members of the original university team, myself and Jyoti Shrestha. We had never dreamt of this in our university days. Being able to share this moment with the incredibly hard-working newer members of the team was an extremely happy – as well as emotional – memory for all involved.
The resulting celebrations dancing to the dhol of the adult group winners Ranjhe Bhangra in Federation Square was unforgettable for our small team from Adelaide as we suddenly became small town celebrities for the day and received wishes from the Melbourne locals and our friends and families.

We would like to thank Mitu Bhowmick Lange for conceptualising such a fantastic Indian Film Festival and providing us with the opportunity to spread our wings outside of Adelaide.
As performers, it’s always exciting to see talent and ideas that you haven’t before and be inspired to become better and better.
For now, even though we return to normal dance activities in Adelaide, we are grateful to take home with us this fantastic memory as we count down the days to IFFM 2018.