Best live theatre shows to catch in Sydney and Melbourne

As Hollywood stars romp around Australia, MANAN LUTHRA identifies his top picks for a night of local theatre. 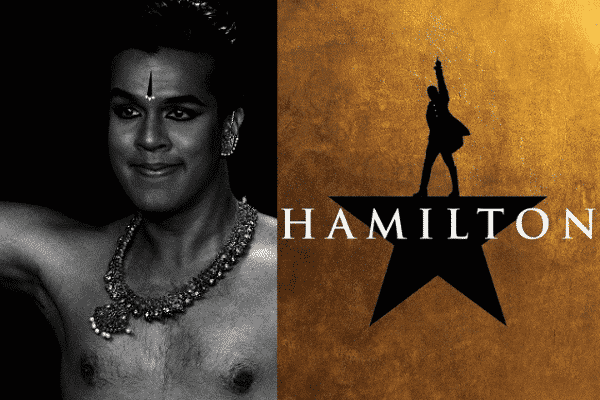 In the wake of the pandemic, Australia has become a hotbed for the global entertainment industry. With Europe and North America still battling to stay afloat, film and television studios from Marvel to Netflix have been flocking to the seclusion and safety of NSW, Queensland, and Victoria.

But it’s not just the stars of the screen that make us the current envy of the cultural world. Whereas theatres along New York’s Broadway and London’s West End are closed, ours are wide open. Ready and able to accept any and all patrons, this niche in Australian society is quickly receiving the strong attention it has deserved for a long time.

Navigating this niche can be difficult, but we’ve got you covered.

The surname of American Founding Father Alexander Hamilton might not mean much to an Australian, but its other uses are certainly cause for celebration. The 2015 musical detailing his life is the most successful musical of all time, critically and commercially. Its Broadway shows priced their seats at US$400, was attended by the likes of Barack Obama, and won 11 awards at the theatre equivalent of the Oscars. A recording of it, released on online service Disney+, it was the second most-streamed production of 2020 – the year of streaming. Now moving to Australia, the multi-million-dollar live production will be told by a multicultural cast including local Australian performers, producers, and directors. Make no mistake, this show is the hottest ticket in Australian theatre in 2021. Playing at the Lyric Theatre in Sydney from March to September, if there’s any show you should get out of your house and see, it’s this one.

The Sydney Theatre Company holds a unique power within Australian performing arts; it unearths domestic stars, watches them rise to fame in Hollywood, and then brings them right home. No more is this on show then Appropriate, which has managed to nail down Avatar star Sam Worthington for its month-long Sydney run. Detailing a family reunion gone awry upon the discovery of an unexpected photo album, the comedy-come-drama is highly anticipated by the theatre-heads of Sydney. Directed by local legend Wesley Enoch, the individual behind the massively successful annual Sydney Festival event, Appropriate also holds another dubious distinction; it will be the first show in a year to be able to accommodate 100% of its audience space for its entire run. That means more open seats, cheaper tickets, and better chances to see the show. That, alongside Sydney Theatre Company’s infamous $25 tickets for audience members aged under 25, means there’s plenty of reasons to see Sydney theatre’s freshest local flavours.

Want to stay in budget and still see good theatre without having to travel into the city? That’s what Riverside Theatres is all about. The long-standing Parramatta-based playhouse is home to a diverse range of comedy, dance, and drama performances showcasing the best up-and-coming Australian talent. Inside its doors you’ll find a revolving list of productions suitable for all tastes and ages, from the family-friendly 91 Storey Treehouse to the 1920s nostalgia show The Echoes of the Jazz Age. The location also hosts numerous cultural performers and events, such as its famous Parramasala festival. With tickets at accessible prices, the best way to engage with them is to simply see what’s on at the moment – their website lists all shows playing until November. Never skimping on quality, there’s a reason Parramatta’s nightlife has been centred around Riverside Theatres both physically and figuratively for years.

If you prefer a contemporary look at classical Indian fare, try Sangam, an ongoing festival of South Asian performing arts. Held over four weekends at venues across the city, this weekend Sangam is at Dancehouse, and features two triple bills. Kasi Aysola’s Eyes explores the fragmented and multiple perspectives of the God who falls from grace. Shyama Sasidharan and Divya Shreejit Kumar’s duet Melbourne Rasa focuses on the migrant emotional and political struggles to ‘belong’. Rukshikaa Elankumaran’s Amma: The Loss of our Motherland is based on the Tamil Eelam liberation struggles in Sri Lanka exploring the emotions experienced when refugees fled the country fearing persecution. Shriraam Theivendran’s Sacred Sensuality navigates the interplay of love and lust with religious sentiment. Sooraj Subramaniam’s solo Nimbus journeys into the conflicts that ensue when expectations, dreams and aspirations are broken. Raina Peterson’s Maya (excerpts) explores Hindu conceptions of the self and the cosmos through a trans lens.

Melbourne’s La Mama Theatre is much of the reason Australia’s independent theatre scene is so strong. A Carlton-based not-for-profit theatre founded in 1967, it prides itself on showcasing challenging, experimental works the average theatregoer would rarely see elsewhere to the same degree. The shows it hosts only play short, ‘blink-and-you’ll-miss-them’ seasons, making its programming even more intriguing. No better is this on song than ‘Breeders’, their upcoming production addressing the myths and realities of raising a child with disabilities. Blending naturalism, satire and surrealism, the type of issues its synopsis even briefly addresses says much to a reader about how their perspective will be challenged. Featuring a neurodivergent cast and crew, though, Breeders looks to have struck the line between confrontational theatre and a respectful, truthful portrayal of a pressing social issue. Playing across 16-21 March, this is a show for the individual wanting to change how they see the world.

It would be remiss to skip out on talking about the annual Melbourne International Comedy Festival in the very month it runs. Of all the productions, theatres, and events listed above, this one definitely needs no description. Yet, it can be difficult to choose what to see. Scared to try a new comedian? Wil Anderson’s one-night-only show clashing with Neel Kolhatkar’s? Just want to watch hassle-free stand-up comedy? Consider MICF’s Showcase events. Every performance, a rotating list of international and domestic comedians give you a taste of their style with a sharp 5-minute set. Featuring their strongest work, they are a real smorgasbord of what’s on offer over the Festival. Whether it’s the International Comedy Showcase, the Kings of Comedy Live and Uncensored Showcase, or the much-loved mid-week showcases on Wednesday and Thursday, you’re guaranteed to find a comedian you like in a location close to you for a reasonable ticket price. Check the MICF website, find a date for a date, and see what you can uncover.