Sporting strength of a nation 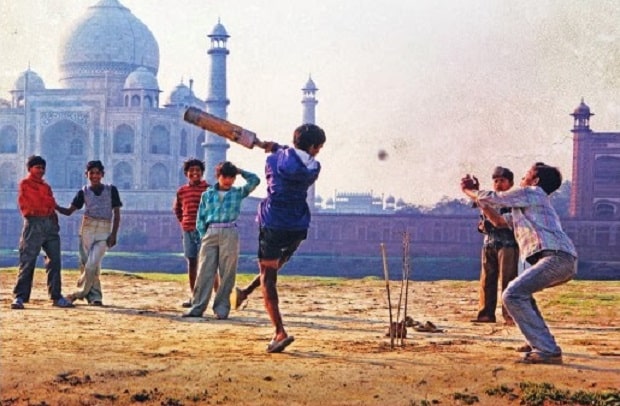 Reading Time: 3 minutesCricket is India’s exclusive insignia into a world of money, love of the sport, and sadly, corruption

With the cricket season well under way in India and the world, it is perhaps apt that we look at a book that looks at cricket. Written by James Astill, The Great Tamasha: Cricket, Corruption and the Rise of Modern India is about much more than the sport itself, as it is a metaphor for modern India, and its rise over the past two decades is told through the prism of the glitzy, lucrative and even sleazy Twenty20 cricket tournament, the Indian Premier League (IPL).
Contemporary cricket and modern India are synchronous with the opening up of the nation to satellite television: for two months of the year, IPL is watched more than anything else on Indian TV.  The emergence of the IPL in many ways is also a harbinger of the rise of India in the global economy. When Lalit Modi, a businessman with a criminal record and history of failed business ventures, came up with the idea of creating a Twenty20 cricket league in India in 2008, few took him seriously. International Test cricket was still being controlled from London, and India was not a high achiever in the game. Modi put together a highly commercial model, melding three powerful forces in India, viz politics, Bollywood and business, throwing in come scantily-clad American cheerleader types into the mix to provide the masala, and he succeeded in creating the most successful domestic cricket competition.
The success of the IPL is a remarkable feat in itself; however, what India achieved as a consequence of that success is truly ground-breaking, for that success catapulted the country to the position of an ‘economic superpower of cricket, providing 80% of world cricket’s income’. It was a game changer (pardon the pun) in a way that was different and significant; the paradigm shift that Indian supremacy engendered in the world of cricket puts to shade in many ways China’s hosting of the Beijing Olympics in 2008 or Brazil’s dominance of football. The Olympics, like all sports played in the world, remain firmly under Western control; Brazil’s players may dominate football, but the nation does not control it economically. India’s economic rise in the world of cricket has changed the way both, the country and cricket are perceived. Take Australia, for instance. While Australian media and the cricket fraternity may be focused on the forthcoming Ashes series, as the cricket commentator Mihir Bose observed astutely, cricket administrators in both this country and England know “they will have to kowtow to India to generate the television income necessary to keep their cricket going”. This ‘rupee takeover’ of a Western sport is what is unique and sets cricket apart from all others.
But the takeover cannot hide India’s chronic problems of corruption, cronyism in business and politics, to name just a few.  The way the powerful, newly rich BCCI administrators, the Srinivasans and the Shuklas, have ruthlessly pursued their interests on the world stage, is perhaps the way the leaders of a newly powerful and rich India may do. Astill writes, “India is becoming powerful… [however] it will be a long time before it forgets how it felt to be weak”. Set against this, the most touching stories in the book are of men in dirt poor parts of rural India, in small towns and slums, who coach aspiring stars with such dedication and selflessness. What it tells us is this: what is true of cricket is true for Indian democracy as well: it is the selfless dedication, sacrifice and integrity of a few, a handful, that keeps the game and Indian democracy alive at the grassroots level.  Anyone who is interested in cricket and/or India will enjoy this book immensely, and forgive the author a few rather glaring mistakes.
James Astill was the Economist’s correspondent in India between 2007 and 2010.

The Big Book of Festivals: a children’s guide to global cultures