So you think you can dance… 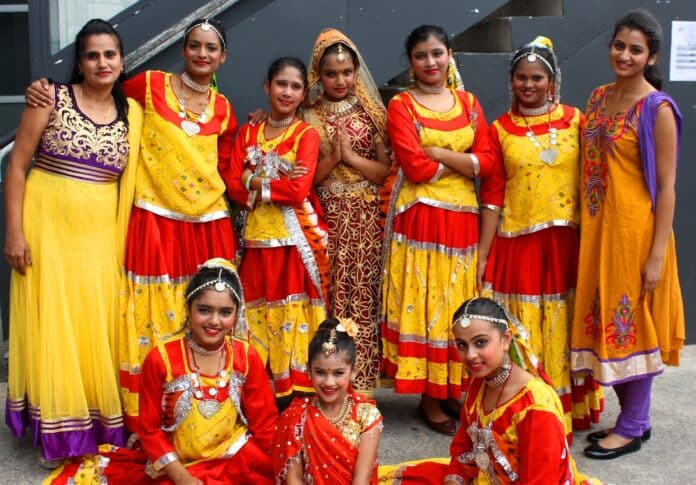 There was kathak, hip-hop, bhangra and classic Bollywood.
The dancers were solo, duets and groups, youngsters and adults.
They strutted their stuff in front of an audience and a panel of judges, competing to win awards in a number of categories.
This was ‘Bollywood Short + Sweet’, a new addition to the Short + Sweet movement that is devoted to the ten-minute theatre format.
Festival Director Aishveryaa Nidhi, actor, director and playwright who has presented at Short + Sweet herself on multiple occasions, helped conceive the Bollywood event that saw its debut this year.
It may have been the newest version of the world’s biggest ‘little’ festival, but in terms of the presentations themselves, perhaps there was nothing that was short and sweet: the festival was a robust attempt to showcase the variety and spice of all things Bollywood. Each ten minute routine enthralled and entertained with its foot stumping beats and variety of dance styles.

Elements of the cricket mania that is currently gripping the community, crept in here as well: Monsuun Dance, in an inventive opening style, depicted the strongest contenders in the ongoing Cricket World Cup and then waved the Indian flag at the end of their amazing medley called Howzat Bollywood. What other way could they have said ‘We won’t give it back’. They won the Most Innovative Style award.
John Bosco infused his own style to his Kyonki tum hi ho and had the audience swaying with his digitised moves. Bosco also tickled the audience with his clever one-liners and call outs for claps to accompany him. He took home the Best New Talent award.
The Bollywood Mayuris were arguably the most chilled out performers in the contest. Well into their fifties, they knew they couldn’t compete with the thumkas of their competitors, so they concentrated their efforts in other departments, such as costumes. Their get-up, a showcase of the different sari styles from across the nation, was a fine tribute to Indian womanhood. “We did not even expect to be a part of the finals,” declared Deepa Bhatnagar, an enthusiastic ‘Bollywood mayuri’, adding, “We did it all for fun!”
A little older than the Mayuris, Dave and Kanchan Passi were adorable with their golden oldie Jo wada kiya wo nibhana padega.
And what dance competition would ever be complete without Baby Doll especially when it’s coupled with bhangra beats. Rajkirna and Nishan, the sibling duo transformed the atmosphere with their vigorous Punjabi routine.
Shabnam Tavakol from the Swastik Institute of Dance, who took the award for best female dancer, mesmerised with her stupendous Mere dholna sun. Her bright red lehenga, incredible expressions and near-perfect kathak moves kept the audience spellbound. Swastik Dance School also ended the evening with a vibrant group routine on Radha nachegi. Simply marvellous!
Rochelle, one of the outstanding dancers from the group, mentioned that she had no idea what the lyrics meant; all she did was feel the music.

Other Swastik dancers were also successful on the night: Smritie Bhardwaj was declared Best New Talent and Akash Arora and Ajesh Sharma, Best Male Dancers. The best choreographer award went to Swastik’s Sumati Lekhi.
Judges Sunjay Sudhir (Consul General of India), Anupam Sharma (producer director) and Raj Suri (entrepreneur) seemed to concur on their overall choice of Swastik, which scooped the pool of major prizes, including Best Overall Production and the People’s Choice (audience vote) awards. Hardly surprising, given the amount of effort and passion that went into Swastik’s presentations: they practised daily for two hours, for some three months prior to the event.
Earlier in the three-day event, it was the little ones, younger dancers, that competed in a contest entitled Fast + Fresh. The line-up of these performers was full of energy and flair. Shiamak Show Kids, the little dancers from the Shiamak Dawar Dance School, ended up endearing both the judges and the audience with their exhilarating moves and excellent coordination. The Prabhati Banerjee group, runners-up, impressed as well. The super-cute five-year-old Raina Jain won many a fan at the event, even as her parents beamed with joy at her performance. Mum Ruhi Jain told Indian Link, “It gives us so much satisfaction and joy to see our little wonder dancing on this platform.”
It was interesting to note the mainstream venue, Fusebox Theatre at The Factory, Marrickville, rather than a regular community hot spot.
Quite pleased with this maiden effort, Aishveryaa has promised to return “bigger and better” next year.
This is not the first Indian link at Short + Sweet, a movement founded by Mark Cleary in Sydney in 2002. Presentations at the festival have included entries from Sydney’s Indian community ever since its inception, and recently, the movement made inroads into India as well.