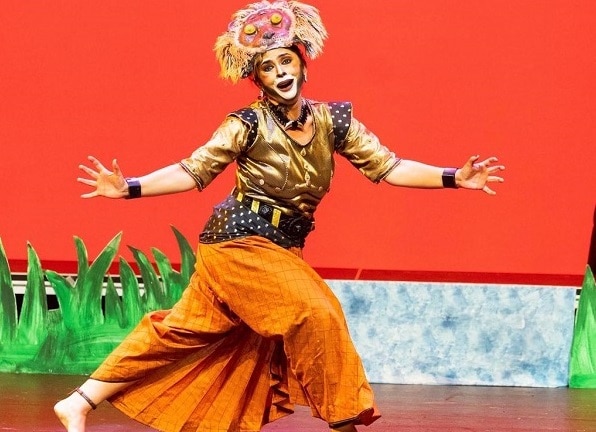 As the cast gathered for an encore at the end of Manjula Viswanath’s show Simha The King, there were so many of them that the stage could not accommodate them all.

Good on you, Manjula: you have nurtured a wonderful new generation of dancers, and proved a capable teacher and director.

The event marked the 20th anniversary of Manjula Viswanath’s Sydney-based Rasika Dance Academy. Headlining it was the dance drama Simha The King at the Riverside Theatre on 10 April, following Bharatnatyam Margam, a bouquet of dances.

Simha the King is the Kannada version of popular children’s tale Lion King. The speciality was that it was cast as a blend of dances with Kannada songs. At the same time, the script was in English (perhaps taking into account the kids living in Sydney). The dance itself broke the barriers of dance form, drawing from various Indian folk styles as well as the martial art of Kalaripayattu. Freestyle dance, if you like.

The costumes were colourful and vivid as the little ones filled the stage, becoming plants and trees and flowers, and perhaps most notably, wild animals such as lions, cubs, deer and peacocks in the forest. Giraffe and Elephant particularly, won over the young members of the audience. (Heartening to know, by the way, that the costumes were all made right here in Sydney.) 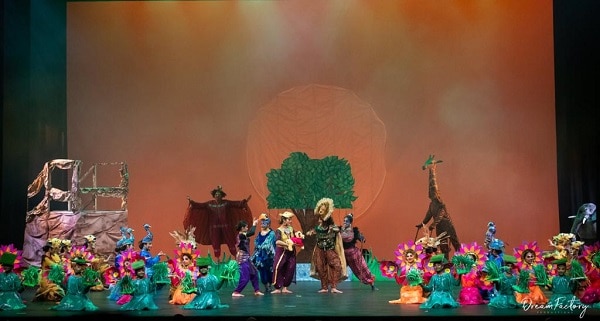 A compelling score composed by well-known musician D Praveen Rao of Bangalore reverberated in the theatre. Visual effects intensified the appeal of the drama.

The story was enacted through spectacular dances. The court scene where the king Raja Simha accepted the gifts offered to him and the prince Shoora Simha was a wonderful highlight. Then came the scheming scene where Krora Simha plotted to kill the king. The song Kanneera erachida nanna asege with the rhythmic drumbeats added to the tension. The training of the young prince and his entry into the forest, in the number NaduveyE nimma mAtinamte, was brought out well. There was excellent dramatisation through dance when the hyenas got together to attack the prince. 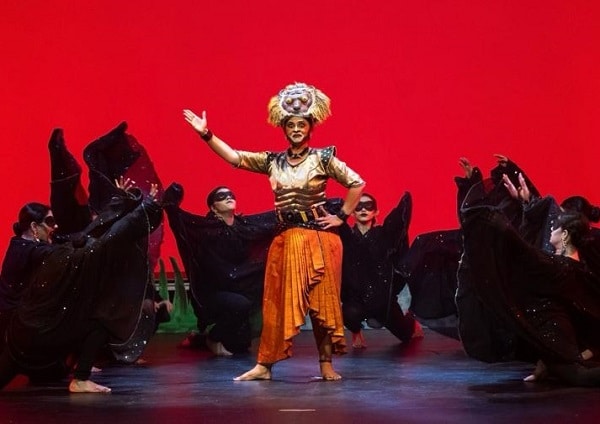 Then came the confrontation between Raja Simha and Krora Simha and the eventual death of the former. To avenge his father’s death Shoora Simha, with the help of Putani, trained to become strong. In the process, love developed between the two. They got married. In the fight that took place later, Krora Simha was killed, and Shoora Simha regained the throne that was rightfully his. Peace was established in the forest, as depicted in the glorious dance of the finale. 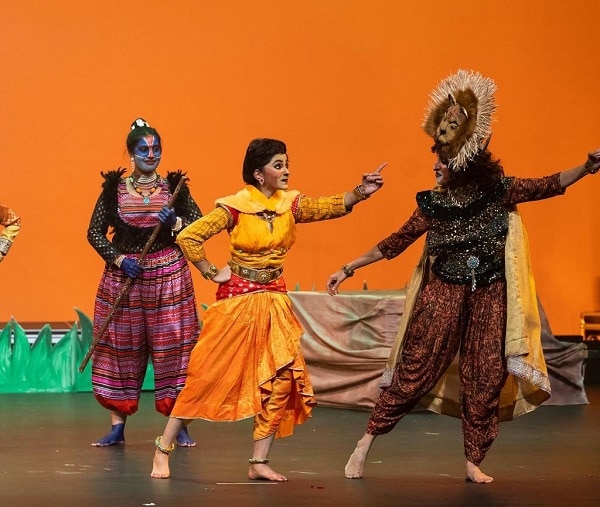 This wonderful tale of self-healing and self-realisation always resonates, and did so again at its latest staging in Indian avatar.

Manjuala as Krora Simha, Madhumitha Jayaraman as the youth Shoora Simha, Sagarika Venkat as younger Shoora Simha, and Divya Krishnan as Putani gave noteworthy performances. There was a good interaction between dance, music, visuals, and the drums throughout the play. The drama of emotions among the three lions was brought out appropriately. Manjula, with her splendid choreography and direction, translated a concept into worthy, large-scale production. A proud achievement. 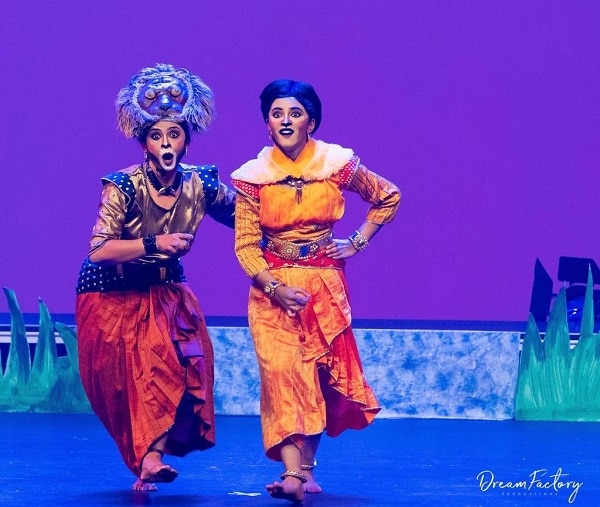 The first part of the program, Bharatanatyam Margam, was impressive in its own right. Students of the Academy of various ages and experience presented dances in the rigorous Bharatanatyam style. It had all the ingredients of a traditional dance recital, including Pushpanjali, Jatiswaram, Varna and Thillana. The students clearly demonstrated that they had developed the intricacies of dance, such as Nritya and Abhinaya. The item Dasavataram, where the ten incarnations were played out to the rich music of Plagadal Alai Mele, was a treat. The audience swayed to episodes of Narasimha, Sri Rama and Krishna. The segment ended gloriously with Samhbavami yuge yuge. The senior students brought out Ranjana Mala very well. Some of the popular items such as Brindavane Venum, Shringapura Vasini and Devi Neeye Thunai captured the audience.

A houseful audience expressed their delight after every item.

Manjuala Viswanath is to be congratulated on her achievement in developing the Academy, which is now churning out such ambitious and elaborate productions. 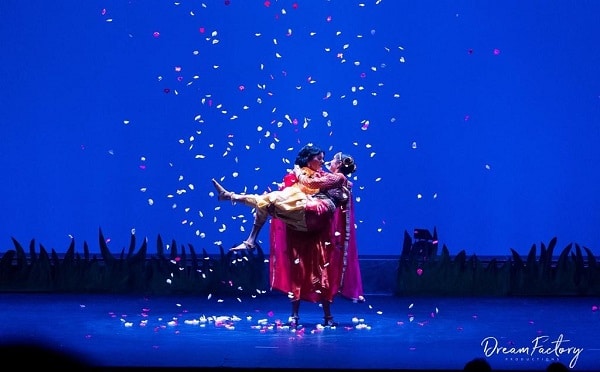 READ ALSO: 12-year-old dancer Sagarika Venkat is in Citizen of the Year awards 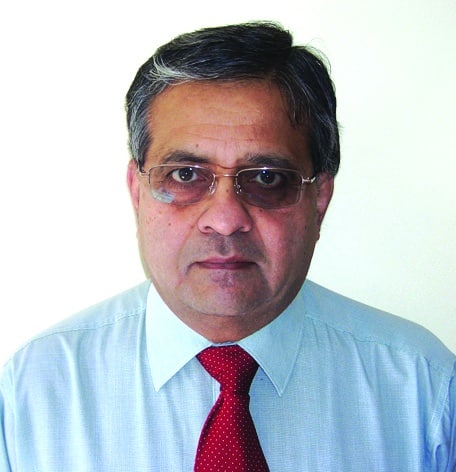