Of loot, massacres and exploitation: The legacy of the Raj 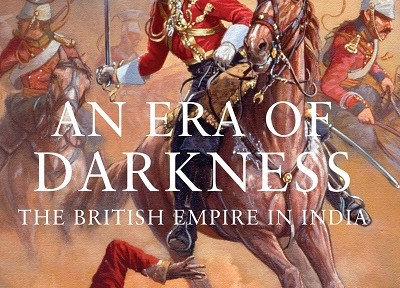 SAKET SUMAN reviews Shashi Tharoor’s new book, An Era of Darkness, based on his celebrated speech at an Oxford Union debate that went viral on the internet

For those of us in India and elsewhere, whose perspectives of the Raj have been shaped by the British version – that the metaphorical political unity, democracy and law-bound society as well as modernity and technological advancement were a direct result of colonialism – Shashi Tharoor’s latest book will come as a fitting response, an Indian scholarly offering striking back at both colonialism and the way it is looked at today.
In An Era of Darkness: The British Empire in India, the former diplomat and now Congress MP from Thiruvananthapuram, holds a mirror to the British and reminds them that there are questions to be answered. And these answers, the author insists, are not a favour for empowering their one-time colonies but rather a tool for themselves to “atone for the wrongs that have been done”.

Tharoor’s well-researched work becomes significant primarily because some of the most prominent Western historians, the likes of Niall Ferguson and Lawrence James, have pronounced the conduct of the Raj as a positive force, describing the colonial rule as idealistic and basking in the glories of the railways, education and democracy. This has led many to believe that ultimately the Raj was humane, fair and constructive.
It is this myth that is shattered in this offering. The author has marshalled impressive arguments and supported them with historical facts and records.
Tharoor argues that the Raj was an era of darkness for India, where economic exploitation of an unprecedented scale was committed. Peasants were dreadfully damaged by punishing tax laws and were driven off their lands, compelled into deportation as indentured labour to far-off lands and made to suffer and die in famines. Everything Britain did, argues the author, was for its own benefit and not for that of Indians. The rise of Britain was financed by its depredations in India.
The author, a former Under Secretary General for Communications and Public Information at the United Nations, is unforgiving in his approach. His arguments are backed by exhaustive research of historical facts and there is a tinge of irony in them, to the point where it will hurt the most – the Jewel in the Crown.
“Still, flaunting the Kohinoor on the Queen Mother’s crown in the Tower of London is a powerful reminder of the injustices perpetrated by the former imperial power,” he writes. “Until it is returned – at least as a symbolic gesture of expiation – it will remain evidence of the loot, plunder and misappropriation that colonialism was really all about. Perhaps that is the best argument for leaving the Kohinoor where it emphatically does not belong – in British hands.”
Tharoor argues that the vast sums of money that were collected from India in the forms of taxes and exploitations cannot “realistically be reclaimed” but individual pieces sitting in British museums could be.


“After all, if looted Nazi-era art can be (and now is being) returned to their rightful owners in various Western countries, why is the principle any different for looted colonial treasures?” he asks.
Many readers will remember the actual source of this book — Tharoor’s speech at the Oxford Union debate on the proposition “Britain Owes Reparations to her Former Colonies”, which went viral on the internet and prompted publisher David Davidar to insist that the author project his arguments in a book.
Not surprisingly, An Era of Darkness does not tell a story; rather, it makes a passionate argument. The author makes it clear that readers looking for a chronological narrative of the British Empire in India will not find it in this title. The book is also not about British colonialism as a whole, but simply about India’s experience of it.
The offering examines the legacy of the Raj and critically studies the claims made for its alleged benefits. In doing so, the author succeeds in changing a long-existing narrative and presents enough evidence to support his arguments.
- Advertisement -
Share
WhatsApp
Facebook
Twitter
Linkedin
Previous articleDecolonising our arts and minds
Next articleManish Malhotra launches virtual reality fashion show