Not pretty, but always beautiful 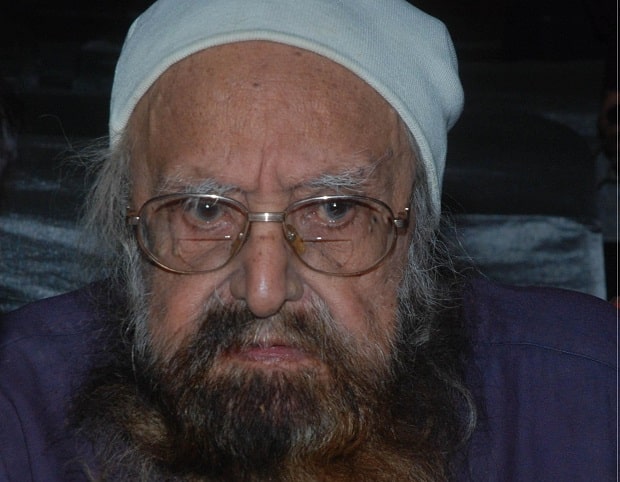 Reading Time: 5 minutesA tribute to the ‘son of a gun’, now immortalised through his writing

I lost my son Jadyn in Mumbai last year. We were at the Tata Literature Live Festival 2013 at the National Centre for the Performing Arts and we had lost each other in the mela, so to speak. After looking for him in various corners of the building, I found him seated on a sofa near tables laden with books, his focus unwavering from the book he was reading. Upon closer inspection, I realised it was Khushwant Singh’s Big Fat Joke Book. An acquaintance who noticed what was going on raised his eyebrows to suggest that Khushwant Singh’s jokes were not exactly suitable for a ten year old. When I asked Jadyn what he liked about it, he said with trademark honesty, “It has many rude words in it!”

It is for the rude words, four-lettered and fearlessly multi-lettered, real and symbolic, that I will remember Khushwant Singh.

The ‘son of a gun’ is dead. And with him an era has ended too. In the contemporary popular imagination, the name of Khushwant Singh conjures up the image of ‘the sultan of sleaze’. To be fair, one could be forgiven for thinking like this about a man who has written much that is sexist, much that treats women merely as objects of lust. But it will be a monumental shame if he is only remembered as a ‘celebrated lecher’, as the late Dhiren Bhagat cheekily called him in a pre-obituary of Khushwant Singh written in 1983.

In our contemporary times of paid news scandals erupting everywhere, the passing of Khushwant Singh marks the end of a more principled age in the media. As the founder-editor of Yojana, editor of the Illustrated Weekly of India, chief editor of New Delhi, and editor of the Hindustan Times, he was irreverent and made no bones about his views, saying he used “no condom on his pen”. He was born 99 years ago in Hadali village in what is now Pakistani Punjab. He went to Oxford, practiced law, was awarded the Padma Bhushan in 1974, and controversially supported the Emergency. However, he returned the Padma Bhushan in 1984 in protest against ‘Operation Bluestar’ where thousands of innocent Sikhs were killed during and after the siege of the Golden Temple in Amritsar. He was a Rajya Sabha Member at that time, from 1980 to 1986. He was also consulting editor of the newly established Penguin India, and along with David Davidar, set up the foundations of what would become a powerhouse for contemporary Indian writing. He was awarded the Padma Vibhushan in 2007.

In his masterful two volume History of the Sikhs, Singh presents a social, religious and political history of the landscape, and Sikh communities of Punjab. Apart from being meticulously researched, the works are full of love for the geographies of Punjab, the poetry of Guru Nanak, the music of kirtan. Yet these two volumes are far from hagiographies of the Khalsa. Singh minces no words in chronicling the ‘holocaust’ of Sikhs in 1984, and the blood on the hands of all sides of the political spectrum. His novel Train to Pakistan introduced a generation of readers to the stories of the Western partition of India, and to the sorrow of Partition literature, more broadly. His column With Malice Towards One and All in the Hindustan Times was widely read for its irreverence and humour. It is this irreverence and the courage to say as he pleased without fear or favour, aka, the ‘rude words’, that is an inspiration to us.

Singh’s work on religion and agnosticism are like touchstones for our age, especially in a communally charged India just before the general elections later this year.  In his essay The Need for a New Religion – Without a God , he says, “On rare occasions when I visited a gurudwara of a temple, I made it a point to watch people making obeisance before the Granth Sahib (the holy book of the Sikhs) or their favourite God. Those who took the longest time to rub their noses on the ground were usually those who more than others craved forgiveness for having lied, stolen, fornicated and made illicit money”.

If you scratch below the surface of his reputation as a dirty old man, you will find a man who loved women, beginning with his grandmother. In the title story of his collection of short stories, The Portrait of a Lady, he paints a tender picture of his grandmother who raised him: “…her face was a crisscross of wrinkles running from everywhere to everywhere. No, we were certain she had always been as we had known her. Old, so terribly old that she could not have grown older, and had stayed at the same age for twenty years. She could never have been pretty; but she was always beautiful…”

Death was often splashed across his work. In his tongue-in-cheek story Posthumous he imagines his own funeral and decides to die, “just for the fun of it”, expecting his numerous friends and well-wishers to grieve publicly and long for their dearly departed friend. However, his tiny obituary notice appears at the bottom of page three in the newspaper, and only a few people turn up to condole with his wife. By the time the hearse nears the cremation grounds, there is no one with him on his final journey, except the driver, and “even he seemed to be oblivious of the enormity of the soul whose decayed mansion he was transporting on its last voyage”.

Thankfully, this is not so in real life. In Australia, he will be remembered by those who have read him, and by those who have heard of his larger-than-life personality. Harwinderjit Singh, a prominent member of the Sikh community in Brisbane says, “He had a knack of seeing, appreciating and writing about the simplicity of God and religion. He would speak up against bad practices and ‘man made’ rituals, and habits”. Traditional and social media are abuzz with tributes to Khushwant Singh, from former subordinates gushing about their boss, to prominent media personalities acknowledging a great debt. However, none can come close to the epitaph he wrote for himself:

Here lies one who spared neither man nor God

Waste not your tears on him, he was a sod

Thank the Lord he is dead, this son of a gun.

Vale Khushwant Singh! Thank you for the rude words.

PULLQUOTE: In his masterful two volume History of the Sikhs, Singh presents a social, religious and political history of the landscape, and Sikh communities of Punjab

PULLQUOTE: Singh minces no words in chronicling the ‘holocaust’ of Sikhs in 1984, and the blood on the hands of all sides of the political spectrum