No time for sexist thought 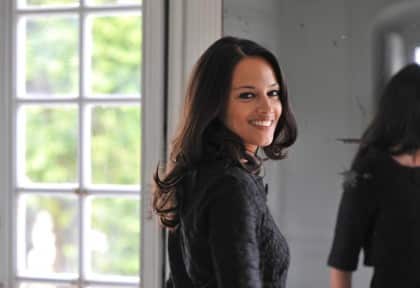 Sau Putravati Bhava. May you be the mother of a hundred sons. (And 91.4 daughters)
Nothing reflects India’s pernicious patriarchal culture more piercingly than the common northern Indian blessing to newlywed women, Sau Putrvati Bhava or Putravati Bhava. What greater good fortune for a married woman than to bear male children? By recasting this blessing to include India’s sex ratio, where female babies are aborted in favour of boys, award winning poet, author and dancer Tishani Doshi astutely captures India’s troubling relationship with its women.
A guest at the Melbourne Writers Festival courtesy of the Australia India Council, Doshi is in town to talk about her essay ‘Tick Tock’ in Walking Towards Ourselves: Indian Women Tell Their Stories. In it, she speaks of the omnipresent pressure on Indian women to have babies, and her own personal decision not to.

“In ten years, India is going to be the most populous country in the world. If I decide to not have a child, it’s okay! It’s probably GOOD!” she laughs.
However, the expectation to make babies is not uniquely Indian.
“I go to Wales,” she explains (her mother is Welsh), “And people ask, ‘When are you getting married? When are you going to have children?’ I’m like, ‘Oh my God, they sound like my Indian aunties!’”
Born to a Gujarati father and a Welsh mother, Doshi only became aware of the difficulty in her parents’ union when she discovered letters her mother had written her father. For the first time, she realised that her parents were individuals, with dreams and desires. This inspired her to write her first book The Pleasure Seekers. Based loosely on her parents’ lives, the book follows Babo, who leaves India to study abroad and falls in love with Sian. Sian moves from Wales to Madras, echoing Doshi’s mother’s journey in the 1960s.

“There was no Skype, no cheap travel, nothing. When you left, you left,” says Doshi, marvelling at her mother’s resolve. Similar though the story is, Doshi says it is different from reality.
“I don’t know what my mother was like when she was twenty years old,” she says. “But I remember being a twenty-year-old and going to America; that sense of loss and dislocation. It was me writing fiction… (but) taking reality and making some kind of truth from it.”
Doshi’s sense of dislocation and loss has since been replaced by what she calls a “pleasure in the discomfort of travel.” Having returned to India after living in several places, the theme of leaving and returning appeals to her.
“I love living in India, I think it’s the most wonderful country in the world. It offers me every creative richness,” she explains. “But I know that if I couldn’t leave it, if I couldn’t see the exit signs once in a while, I would go completely mad. And it would happen no matter where I lived.”
And no matter where she lives, no matter what her pursuits or distinctions, Doshi considers herself first and foremost a poet. Reading her latest poem, who can disagree?
Girls are coming out of the woods,
wrapped in cloaks and hoods,
carrying iron bars and candles
and a multitude of scars,
Collected on acres of premature grass and city
buses, in temples and bars.
Girls are coming out of the woods, lifting
their broken legs high, leaking secrets
from unfastened thighs, all the lies
whispered by strangers and swimming
coaches, and uncles, especially uncles,
who said spreading would be light
and easy, who put bullets in their chests
and fed their pretty faces to fire,
who sucked the mud clean
off their ribs, and decorated
their coffins with brier.
Girls are coming out of the woods.
They’re coming. They’re coming.