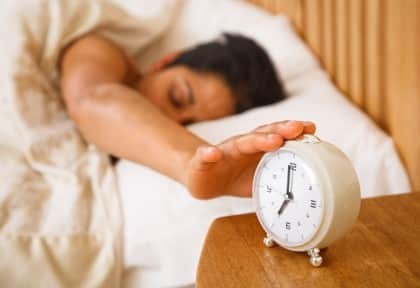 It’s an unusual start to a brand new year

What did you do on NYE? Me, I missed the whole shebang. Yeah, this was a first for me. I just slipped into oblivion, the day went in a blur and New Year’s Eve tiptoed past without me noticing. The fireworks weren’t loud enough to tease this snoozing Jane awake. The celebrations didn’t tickle me to deck up and join in. And when I did come to, the New Year was not so new, in fact it was a day old. Now don’t you jump to conclusions assuming I was OUT on something! I know how some dirty little minds work!
OK, let me unravel the tangles and put those worms back in the can.

Here’s what happened: I was off on Christmas break and had comfortably eased into the ‘late to bed, seriously late to rise’ routine, quite common this time of the year. Around noon (which was dawn for me), I was deeply engrossed in a virtual reality experience where I was strapped to an electric chair waiting to die. The atmosphere of my nightmare was pregnant with suspense. The prison officer stood tensely next to the retro red telephone ready to catch a state pardon the second it was delivered. I was terrified but hopeful at the same time, willing and praying for the telephone to ring in the hope of receiving a last-minute pardon. Why I was on the electric chair in a strange country is a harrowing tale I’ll save for another day. Right now, my heart was pounding, my eyes tightly shut, fists clenched in nervous balls as I concentrated on my prayers, trying to establish a connection with the Almighty. I was repenting fervently for my sins – and those of my forefathers’ – invoking, begging, demanding another chance and willing for the ugly monstrosity of the phone to ring. The clock ticked away mournfully. 12 Mississippi…11 Mississippi…mocking, building up the climax to my final countdown. 10…9…8…God, please let the phone ring… 5… 4… Now, God, PLEASE… 3…Heart pounding in my ears, eyes throbbing with white pain, PLEASE, PLEASE GOD… 2… Rrrrrrrrrrrring.
My eyes flew open and the adrenalin made me bolt out of the electric chair and straight into the wooden pillar on the side. Wham! Bam! Spin! Stars! The beam of my four-poster bed… What??? Hang on, wasn’t I strapped to the chair? Rrrring…rrrrrrrring, why wasn’t the prison officer answering? I turned around and banged my head on the post again, this time with full blunt force. I fell… on my bed… like a sequoia tree struck by lightning. As I slipped through the fingers of consciousness, I realised one of the devices on my side table was announcing an incoming call with an irritating retro ringtone I had thought so cool just last night.
What happened next is a second, third and fifth hand account of my husband, sons and sister-in-law respectively.
My better half (he likes to think) found me conked out, a little on and a lot off the bed as he stomped in to answer the incessant ringing. Let me mention here that the award for the most Annoying Caller of the Year goes to my Sister, who refused to be ignored. (She later confessed she knew I’d probably be asleep but the scoop she had on Cousin was a developing story that just couldn’t wait… in retrospect, she declared, I should be thanking her for saving my life, after all, if the phone hadn’t rung wouldn’t I have died on the electric chair anyway?) She does have a point I guess (head scratch), thanks sis, owe you one!

So, coming back, Husband reported he took one look at the phone and another at me. He had been heading out to the golf course, must I sleep like a log? He checked the caller ID and almost died with guilt, as he closed his eyes, put the cordless behind his back and quickly pressed reject (you see, he likes my sister, but not more than golf). Now he tut tutted as he tried to drag me back up on the bed to a more civilized sleeping position. More time wasted, tut tut!
The light bulb finally went on (methinks his is an energy saving one on delayed start mode) when he turned my head and saw a thin trickle of crimson oozing from a golf ball sized bump on my forehead (the reference to golf ball was probably unintentional but an indication of what was really on his mind).
According to Husband, he immediately donned his ‘Macho Man-in-Control’ cape. Realising I was too heavy for him to pull on the bed by himself, he called the kids up to help (though how much a three and four-year-old could help beggars belief).
Enter the kids running. This brings us to the third-hand account of events that ensued, a slightly different version to the second-hand account. The boys swear Dad let out a blood curdling scream which made them drop their Xbox controllers and come rushing on the double. They found Husband clutching the post of our bed, swaying dangerously close to a full on drop on me in a classic damsel in distress fashion ready to swoon at the sight of blood.
What were the little ones to do? They started screaming-shouting-crying at the top of their lungs. The commotion attracted my sister-in-law’s attention as she paused to switch tracks on her iPod in her bedroom downstairs. The split second of silence was shattered by the boys’ screams. She bolted straight upstairs (she does dote on her nephews).  My babies were the bravest, they’re my little heroes for saving my life for the second time this after-morn.
Sis-in-law quickly assessed the situation according to her fifth person account. (Eye roll.) She was the woman of the hour as she modestly explains to whoever cares to listen. Firstly, she calmed her brother down, (yeah, look after your own first, don’t mind me, I’m only dead for all you know, typical in-laws for you). She got Husband to call the ambulance while she settled the kids in the other room. Then she rushed back to tend to me. The ambulance arrived in less than five minutes. Sis-in-law will tell you how much the paramedics admired her level headedness and praised her appropriate responses.

I was wheeled into the hospital on a stretcher. Tests were performed and I was found to have suffered a concussion which had sent me into a coma.  It was decided by the medical experts that there was nothing they could do but wait for me to come around. I could wake up in a few hours or days or months.

Luckily for all involved, I was up the next morning, but by that time a year had passed and the world was welcoming the first day of 2017.
Wow, what a start! I could only hope this was not a sign of things to come for the next 364 days.
***
“You think it works?” I ask my editor.
“Hmm…needs polishing, but yes,” she smiles in approval as she saves the script to her USB.
The New Year’s issue of Well Spun Yarn is on track. We heave a collective sigh of relief, grab our bags and head out to lunch in the warm December afternoon.