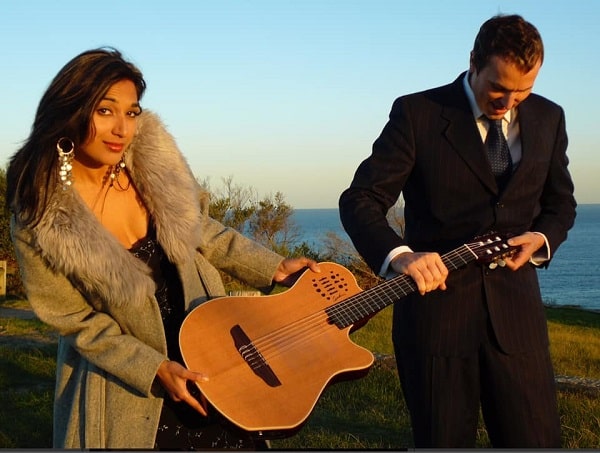 If this year has been tough on your travel plans and wanderlust, how about ballooning over Paris instead? For Sydney-based musical duo Niyati and Gavin Libotte, travel plans in 2020 were only limited by their imaginations.

They give into their whimsical sides in ‘Ballooning over Paris’, one of the little treats featured in their award-winning debut album Goldfynch, which released earlier this month.

“Goldfynch started as a creative outlet during a difficult time. We were witnessing many personal tragedies and music became a constructive way for us to work through our feelings,” Niyati told Indian Link.

“It was cathartic to write together and ultimately create this musical art project. I think Goldfynch will appeal to listeners who appreciate creativity and a cinematic approach to music.”

Indeed, from the first track ‘Brighter Day’ to the last track ‘Little Bird’, the album evokes strong visuals as Goldfynch take us along their incredible highs and mournful lows. Their music traverses genres, dipping into jazz, folk, rock, and even funk, but they stop short of a specific label. Instead, it’s all about mood and feel.

In April, they dedicated their song “Brighter Day” to India amid the catastrophic new COVID wave.

“The last few months have been an upsetting time for the Indian diaspora. We wanted to share this song of solidarity about turning to a higher power, whether that’s God or luck or an unnamed energy, when problems seem overwhelming,” Niyati elaborated.

READ ALSO: The Buckleys: From Byron to Bombay

India holds a special spot for the couple, being Niyati’s country of birth and Gavin’s “soul home.”

“I was asking the really big questions of life in my early teens. I read the Bhagavad Gita and a few years later, got the chance to visit India,” Gavin revealed. “I just fell in love with the culture there. Over the years, I’ve gotten in touch with my spiritual side through yoga and meditation and breathing exercises with the Art of Living.”

Meanwhile, Niyati moved to Australia at the age of five, growing up in a Punjabi-Gujarati household. She studied dental surgery, “as was the expectation”, till she decided to answer the call of creativity. (Years later, her mum would do the same. Today, she sings and dances on The Nannas and The Poppas on ABC).

It seems the source of creativity and imagination remains fundamental to the Libottes.

“Where does creativity come from? I think everyone is creative, it’s an essential part of the human experience,” Niyati said.

Gavin added, “It’s the makeup of life, a reflection of us as individuals. It’s just that some of us have more access to it and can answer its call. For me, music comes from the urge to make something out of nothing.”

READ ALSO: Why OP Nayyar continues to be this fan’s favourite musician

In Goldfynch, the musical duo tap into their wells of creativity, remaining heavily involved in the lyrics, composition, production, performance, and video shoots. Certainly, there’s an easy-going chemistry between them that translates well onscreen.

“That’s great to hear, we do have fun with our music videos,” she laughed. “We’re blessed to fit together like a puzzle, blending our points of view together really well. Goldfynch has been an amazing creative partnership.”

In ‘Ballooning over Paris’, she sings in both French and English, and Goldfynch’s repertoire includes performances in Italian, Portuguese, and even Spanish. Should listeners expect some Hindi too?

“There are definitely Indian influences in the album. ‘Little Bird’ is in English and French and includes the harmonium. Meanwhile, the song ‘Maya’ is about Vedic philosophy and features the flute,” Niyati said.

The project first began in 2015 when she was 8.5 months pregnant with their daughter Saffron. As self-described perfectionists, the Libottes took their time to create this labour of love, balancing work and family life.

It worked out for the best. Even before the album’s release, Goldfynch was already receiving accolades. It went on to win Silver (Outstanding Achievement) at the Global Music Awards in January while ‘Maya’ was a finalist at the International Acoustic Music Awards in February.

“Lockdowns in the past year have not been a good time for live music, but it taught us to become self-reliant as musicians. We had time to sit down and really work on the craft,” Niyati told Indian Link.

They’re all set to begin a residency at Urban Tadka in Terry Hills, Sydney, performing every Thursday night through the winter.

“The best ways to support independent musicians is come out to live shows, follow our social media, buy merchandise, and share our music. There’s an ongoing frustration with online streaming platforms because most algorithms prefer music from record labels. Even though they dedicate their hearts and lives to their art, independent musicians exist outside of the structure,” she asserted. (Last year, The Rolling Stone suggested that Spotify’s 2.9 million independent musicians receive just 10% of the platform’s total royalties.) 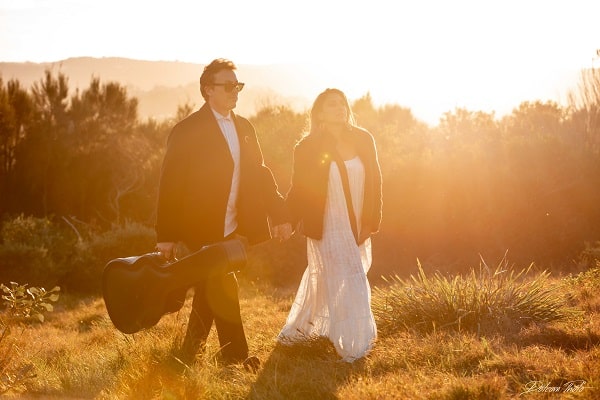 Still, much like their namesake, the couple continue to radiate positivity.

“The European goldfinch was a caged songbird that was bred in captivity around the world. Despite this, it remained a symbol of hope. We see it as a great spirit animal for musicians,” explained Niyati with a grin.

You can check out the music of Goldfynch here.

Tickets for their album launch concert on 23 July at Foundry 616, Harris Street, Pyrmont can be found here.