Drumming up a storm 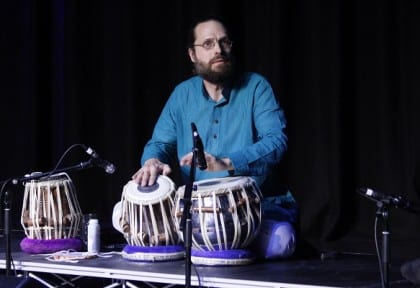 In the Indian culture, full moon in July signifies Guru Purnima and is dedicated to the masters who shape your life. Guru Purnima in Brisbane came alive to the resonant beats of tablas in the 9th Annual Ashu Baba Memorial Concert organised by Shen Flindell at the iconic Multicultural Centre located at Kangaroo Point on 16 July. Shen’s journey was initiated by his first guru Debu Bhattacharya 22 years ago. The Ashu Baba Memorial Tabla School was set up by Shen in loving memory of his second guru Ashutosh Bhattacharya who reinforced his love for tabla 19 years ago in Varanasi, India. The Ashu Baba Memorial Tabla Concert is organised every year to honour Ashu Baba as he was affectionately called.

“Next year will be the tenth edition,” Shen halted while a lump built up in his throat recalling all the previous years when the school grew from strength to strength. This year the show was resplendent with vibrancy, colour and melodious sounds of tabla beats as the audience streamed into the Multicultural Centre. The show was hosted by MCs Tito Basu and Bipro Hussain who regaled the audience with their witty remarks.
“Aren’t the tabla players hot?” remarked Tito. “If I had marshmallows I could have roasted them on the stage.”

The program was inaugurated with a bhajan by Rhea Ravi accompanied on the tabla by Sivamsam Senthilvasan. A tabla septet by Aarav Vaidya, Ashwin Jeyanthirakumar, Enan Sahajan, Guhanesh Ganesh, Pyara Singh Manohar, Rishab Prasad and Rohan Manian had the audience enthralled. This was followed by a tabla quintet by Aaryan Hussain, Aditya Vyas, Ashwin Premraj, Benjamin Shannon and Josh Chatterjee. Most of the items in the program followed the format of traditional Indian classical tabla lehra in which the tabla player presents various rhythmic compositions in juxtaposition to a melodic accompaniment called naghma.
A few tabla solos were also performed by Rhea Ravi and Varun Lal. The senior students Arun Pillai, Ayngaran Rajmokan, Hari Patel, Iraiyanbu Rathinam, Ishaaq Jamil, Sivamsam Senthilvasan and Tahsin Hussian presented a tabla septet in teen taal, a 16-beat time cycle which is the most commonly used taal in Hindustani classical music. And finally the grand finale was a tabla trio by Arka Tito Basu, Jesinthan Ketheeswaran and Sanjay Sivaananthan in jhaaptaal which is the more difficult 10-beat time cycle.

Presentation of certificates by Umesh Chandra, a long-time patron, was applauded cheerily and the students posed for photos proudly with their certificates. Shen took the stage by informing the audience about the activities that were done in the school in the past one year and then wowed the audience with a solo tabla recital.
Even though Pandit Kaviraj Ashutosh Bhattacharya was of the Benares Gharana many features of the Delhi Gharana were also evident in the performances which proves that music is a great uniter of different thoughts, ideas and cultures.

Shen informed the audience that all the students have progressed well and exhorted all the participants to attend concerts to gain a wider exposure to various genres of music. The parents had prepared a delicious meal which was enjoyed by all. The accompanying artists lent good support to the performers. Joseph Abhay Nand on the harmonium and Adarshbir Singh on the dilruba weaved their own magic. Murali Ramakrishna accompanied by Sanjay Sivaanthan played the flute and lent diversity to the evening. 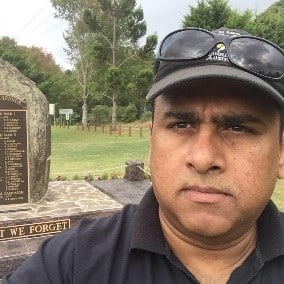