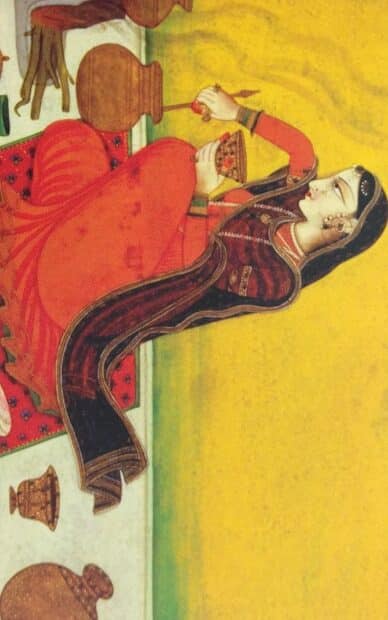 “I like to think of myself as a daughter of India”.

The unmistakable Indian lilt in Joyce Westrip’s speech gives away her deep passion for India. As does the fact that she can talk uninterrupted, for hours if allowed, about the land where she was born.

84-year-old Joyce is the quintessential Indophile. She may have left India in 1947 like the others of the British Raj, but continues to carry her love for the country in her heart to this day.

Now a Perth resident, this British mem has become a veritable storehouse of information on India and Indian society. An avid collector of artifacts from India, her private library of books on India is so large that she is currently preparing a bibliography.

Joyce’s particular passion however is reserved for Indian cooking, especially Mughal cuisine. The author of a book entitled Moghul Cooking: India’s Courtly Cuisine, Joyce has been touring extensively in recent years, doing lectures and demonstrations. She was even awarded the Medal of the Order of Australia in 2000 for her work promoting cultural links between India and Australia.

The luscious foods of central Asia and Persia, married with the richness of Indian spices, in a technique that fearlessly uses butter, ghee, milk, yogurt and cream, and other exotic ingredients such as saffron and rosewater, have a strange hold on this amazing woman of the British Raj.

Joyce was seventeen when her family left India in 1947 for England. She remembers being unimpressed by her homeland.

“When I first saw Buckingham Palace, it was so gray and drab I was shocked. I thought, poor old England, the Royal Family seems to have fallen on hard times! You see, I was used to palaces that were opulent and jewel-encrusted and rich with colour! I missed the colours and aromas of India, the flowers, the saris, the hustle and bustle, the tamasha”.

Walking past an apothecary one day, the young Joyce saw some spice jars through the window that brought a flush of nostalgia. The cinnamon and the cloves and the cardamom beckoned, and she bought some, determined to cook her first curry.

“It turned out awful! It was then my mother introduced me to curry powder, and I learnt to cook vegetables, fish and meat in it. My curries then became a great event”.

But the use of curry powder made all her curries taste the same, and that was not the way she remembered Indian food!

Moving to Australia with her husband, Joyce found plenty of other ingredients she could incorporate into her curries, like herbs and garlic and ginger, thanks to the Italian and Greek influence in this country. She began experimenting more regularly with recipes her mother’s friends had sent her, and became adept enough to host what she calls “curry parties”.

Joyce went to university to do her BA, and opted for Indian history as one of her subjects. Reading of the Mughal times, she found herself intrigued by the opulent lifestyle of the times, fascinated by the clothes, jewelry and food of the royals.

“Reading Abul Fazl, the biographer of Emperor Akbar, I was captivated by his meticulous records of the kitchen department in Akbar’s palaces. He provides details of not only how the food was cooked and served, but also of how it was stored and how the kitchen was run. I was hooked! Then began my extensive research into the evolution of Mughal cuisine”.

Besides reading every book she could lay her hands on, Joyce actually travelled the Khyber Pass from Istanbul through Iran, Afghanistan, Pakistan and north-western India to New Delhi, following the path of the Mughals and talking to people on the way about their cuisine. She gathered recipes and techniques, not only from commoners but also descendants of royalty that she could meet up with.

“In Rajasthan for instance I stayed at the palace hotels, where the cooks/retainers who worked for the erstwhile royal families had stayed on. I learnt from them, straight from the horse’s mouth, as it were. When Maharani Gayatri Devi heard of my research, she arranged for maharanis from around the area to talk to me”.

She picked up invaluable information, not to mention plenty of anecdotes, from these sources. The result was her book Moghul Cooking. The book contains some truly exotic recipes such as akhni, yakhni, badami shorba, pomegranate soup, apricot-flavoured meat, chicken stuffed with minced lamb, khargosh korma, gobi kaju, dahi makkai and many more.

The rest is history. Soon she was on every major cooking show on Australian TV, and was busy organising gourmet tours to India.

Today Joyce claims to have less energy for her to do as many things as she would like to, but she certainly shows no signs of slowing down! Moghul Cooking is now in its second edition, and Joyce has also released Fire and Spice: Parsi Cookery and An ABC of Indian Food. And of course her love for India is as strong as ever.

“India keeps drawing me back. When I said once to Indira Gandhi that I am a daughter of India, she looked at me said, ‘But you ran away!’ I replied that I had no choice at the time, but I keep coming back!”