MGR: A legend lives on 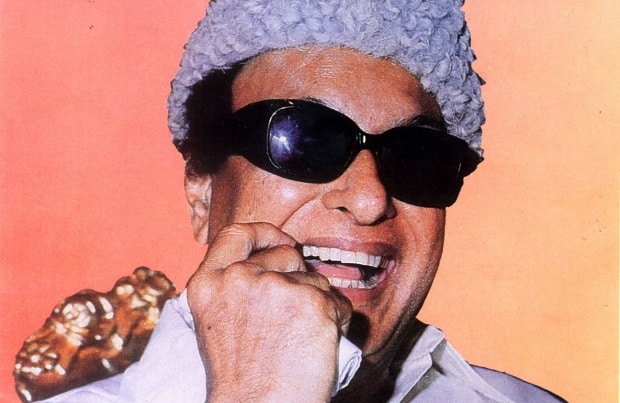 He was born in Sri Lanka but gave no second thought to try to split that country. He crushed the Maoists ruthlessly at home but promoted the LTTE. He was a Malayalee who became a darling of the Tamils. His governance was marked by corruption but that didn’t affect his image. Millions worshipped him like a god but he had no real friend in life. Marudhur Gopalan Ramachandran, or MGR in short, was an enigma all his life and beyond, as is depicted in MGR: A Biography.

“MGR was a difficult man to understand,” says author Shrikanth Veeravalli, in his first book. His dual personality may have been due to the tough years he underwent when he was young. MGR lost his father when he was only two and a half years old in Sri Lanka. His mother moved back to India. Life was tough; MGR and his brother at times went hungry. That was before the Madurai Original Boys Company drama troupe tapped MGR’s acting talent – for Rs.5 a month!

Economic conditions forced MGR to try to join the Indian Army at a promised salary of Rs.125 a month. That was when Murugan Talkie Films turned his dream into reality by offering him a role in cinema – paying him Rs.350 in monthly retainer plus Rs.35 on shooting days. The Indian Army lost a soldier and Tamil cinema gained a legendary hero who went on to act in over 130 movies – and also rule Tamil Nadu for 10 long years.

It was Muthuvel Karunanidhi who gave him the title ‘Puratchi Nadigar‘ (Revolutionary Actor) as MGR played the role of a Dravidian hero beating the bad guys in movie after movie, becoming the DMK’s greatest vote catcher. But when Karunanidhi tried to clip his wings, MGR revolted and formed his AIADMK – and kept his rival out of office until he died.

What made MGR tick? What gave him the god like stature that no actor in India – not even NTR in neighbouring Andhra – could match?

MGR’s 1977-87 reign was not a rosy one. Corruption was rampant. Tamil Nadu slipped badly on the industry map. But for millions, he was above it all. In real life, as in movies, MGR silently helped those in distress in large numbers. It could be giving away 5,000 raincoats to rickshaw pullers across the state one rainy day. The number of houses he recovered from attachment and gave back to the distraught families is just too many. Every single day he helped someone or the other – without bothering about publicity. His path-breaking scheme of providing meals to children in schools – later embraced by the country – helped innumerable boys and girls from poor families to educate themselves.

“MGR effectively used populism to convert cinema scenes into reality in the mind of people (creating) an illusion that MGR’s government was performance-oriented whereas in reality it was one of the worst periods in state governance.”

And so, when the ‘god’ died on the eve of Christmas in 1987, Tamil Nadu came to a halt. A total of 31 people committed suicide, not wanting to live when their hero was no more. His last journey attracted 1.2 million mourners. MGR may be dead but the legend lives on.
This is an insightful work on a Tamil icon but it could have done with better editing.