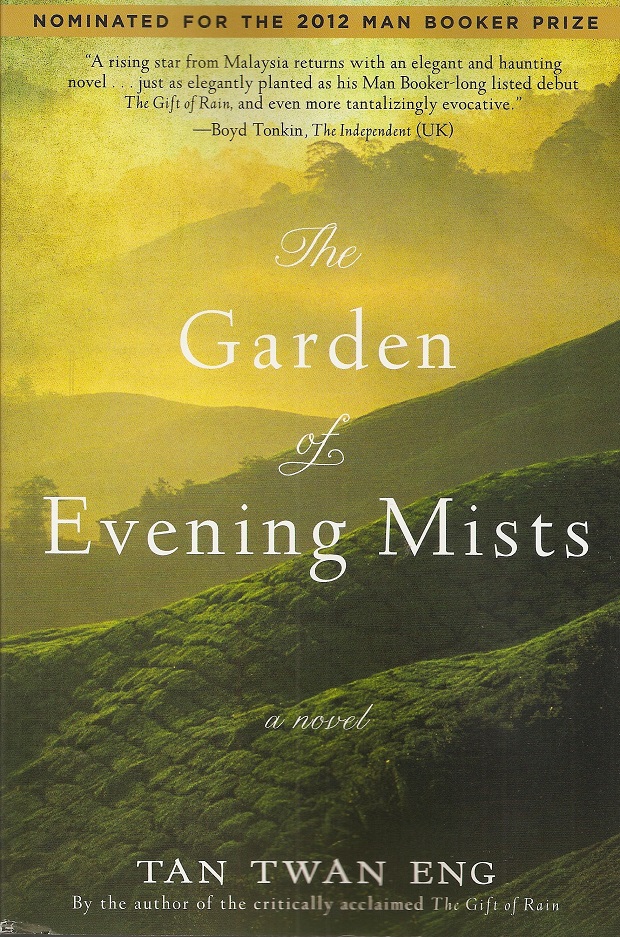 Exploring the history of Malaysia through war novels is a study in human emotions, writes VIKAS DATTA

Among historical events that have left an enduring influence, the Second World War is certainly one that lives up to its name. Its European, African and American components are adequately depicted, but the Asian experience, while not entirely absent, is quite under-represented.

And this is despite the early 20th century being a tumultuous era for the region – older conflicts (the China-Japan War) segueing into the World War, which in its wake, sparked a spate of decolonisation and freedom struggles, some of them violent.

But there are promising voices appearing, such as Malaysian lawyer-turned-author Tan Twan Eng with his first two intricately-crafted, evocative novels of the war and its effects in his ethnically-diverse homeland.

The war is the main component, but Tan’s canvas stretches much wider in both his debut The Gift of Rain (2007) and follow up The Garden of Evening Mists, to encompass the themes of loyalty and betrayal, sacrifice, survival and guilt, the persistence of memory, conflicting demands of collaboration and resistance, complications of a mixed-race heritage, and varied paths to redemption. All these are overlaid by a refined Eastern sensibility, a credible supernatural motif and the aesthetics and lay out of a Japanese garden.

Set in the north-western coastal state of Penang in peninsular Malaysia before, during and after the war, The Gift of Rain is narrated in flashback by Anglo-Chinese business magnate, Philip Hutton, who is the sole survivor of a prominent English family running a trading firm in colonial era Malaysia. His memories are triggered when he has an unexpected visitor, connected to someone from his past.

Before the war, Hutton, who has a cordial but difficult relationship with his paternal and maternal relatives (especially his maternal grandfather), befriends the Japanese consul, Hayato Endo. While Endo becomes his preceptor in the new martial art of aikido and its philosophy, Hutton serves as the diplomat’s guide to the area, but realises, as the Japanese invade, that Endo was sent to reconnoitre the area – and Hutton unknowingly aided him.

Under the occupation, both find themselves grappling to reconcile their friendship and loyalty to each other and to their countries (and in Hutton’s case, his family). Traversing a perilous path, Philip agrees to assist the Japanese and Endo in a bid to keep his family safe. At the same time, he passes intelligence to the guerrilla fighters, including the famous Force 136, which include his best friend Kon, the son of a local Chinese triad boss. But there are tensions with the Communist partisans, hard line Japanese administrators and many unpleasant decisions and actions for Hutton, who does not emerge unscathed from the war.

Even afterwards, there is a further unpleasant but inevitable decision in respect to Endo, with whom Hutton turns out to have a centuries-long association (revealed in the supernatural component). It is the post-war visit from a Japanese widow, once a love interest of Endo, who serves as the catalyst for the memories to emerge.

Tan’s second novel The Garden of Evening Mists, begins with the evocative line: “On a mountain above the clouds once lived a man who had been the gardener of the Emperor of Japan”. The book is narrated by newly retired Malaysian Supreme Court judge Yun Ling Teoh and takes place over three different time periods.

Also written in flashback, it begins in the 1980s with the judge suddenly resigning and moving to the Cameron Highlands, where she had lived after the war. There she seeks to make sense of her life and experiences before the aphasia she has been diagnosed with cripples her speech and memory.

The World War is a backdrop for the first story arc, when Yun and her elder sister Yun Hong, of a prominent Straits Chinese family, are taken to an internment camp when the Japanese invade. The only survivor, Yun develops a fervent hate for the Japanese and energetically participates in the war crime trials. She also visits the highlands where the taciturn Nakamura Aritomo, the aforementioned gardener, who is crafting “Yugiri” or the garden of the evening mists, lives. She asks him to build a garden in her sister’s memory. He refuses, but instead takes her on as an apprentice and teaches her the art even as the Communist insurgency erupts in Malaysia and serves as the backdrop of the second story arc.

Bringing both arcs together is the present when Japanese historian (and failed Kamikaze pilot) Yoshikawa Tatsuji visits Yun and seeks information about Aritomo and his garden – the only surviving one. The flashback leads Yun to re-examine her memories and the morally ambiguous actions of both her and Aritomo in wartime, and later her “survivor guilt”.

Despite a languid pace, especially as far as the pre-war era is depicted and aesthetical details are mentioned, both of Tan’s works are epic in scope.The novels incorporate and deal with a range of human emotions, motivations and dilemmas to offer an intense, invaluable and engrossing experience of WWII and its lingering effects in South East Asia.