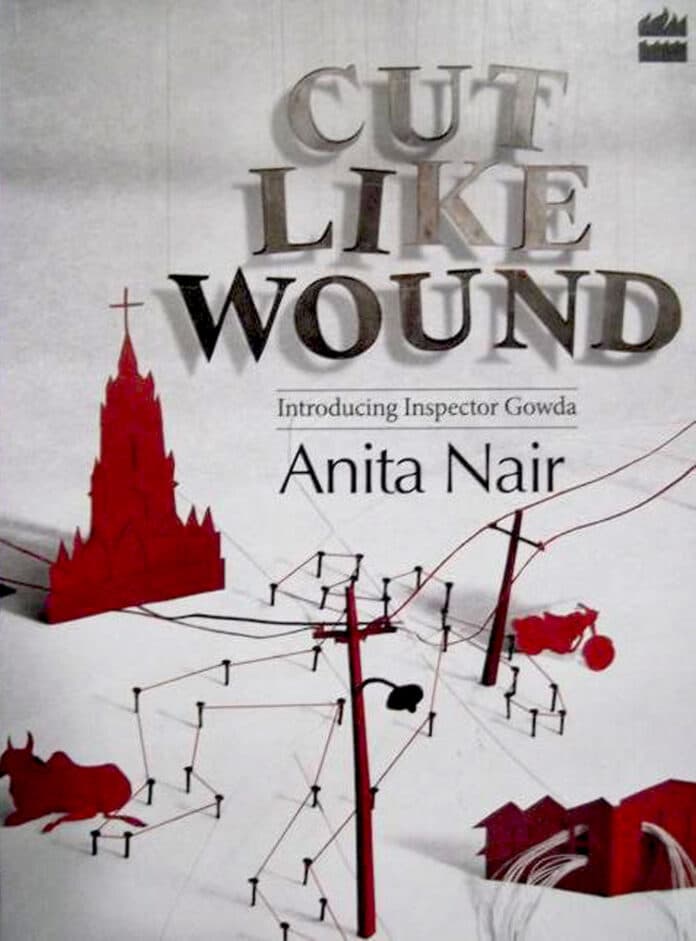 Move over fine writing, thrillers are spurring creativity among new Indian authors. Critics say thrillers with Indian twists are fetching mega bucks in the booming mass fiction market.
The trend is primarily western, prompted by the glut in imported thrillers by the mega retail chains to keep the market alive in the face of the downturn.
Thrillers set in an Indian milieu are long overdue, says writer Anita Nair.
“Perhaps, why they haven’t taken off is because thrillers demand a great deal of research and precision. Information gathering is not easy in our country. Also, as Indian literature in English is still shaping itself into a canon of writing, most writers are perhaps unwilling to be branded by the tar brush of commercial writing,” says Nair, who switched from poetry and literary writing to plotting a thriller this year.
Nair’s thriller, Cut Like a Wound (Harper Collins-India) published in September, is modelled on the classic Euro-American style with private investigator Borei Gowda stumbling across the murder of a male prostitute at Shivaji Nagar in the heart of Bangalore. Gowda is beyond his prime and battles his mid-life blues with an extra-marital affair.
The trail leads Gowda to a psychopath, a serial killer….
The book occurred to Nair during an e-book tour in Rome in 2010. “In fact, it is only when I started work on my novel that friends began recommending writers I ought to read – Ian Rankin, Michael Robotham, Mark Billingham and Daniel Pennac. However, inspector Gowda has little to do with the noir heroes of western literature,” Nair says.
Entrepreneur-turned thriller writer Aroon Raman projects a fantastic hypothesis in his book, The Shadow Throne. A shadowy group – a collection of individuals from Indian intelligence and security agencies – plans an audacious nuclear strike by smuggling a Pakistani ballistic missile into Afghanistan and firing it into India from the Durand Line, the Af-Pak frontier, in the hope of igniting a sub-continental Armageddon. Just two men and a woman – an Indian journalist, a police officer and a college lecturer – stand between them. Do they succeed?
Raman, who has been inspired by pioneers of the genre like Sir Arthur Conan Doyle, says it was his intent to place The Shadow Throne (Pan Macmillan) “against the backdrop that mirrors the current underlying reality – especially as it applies to India’s political predicament and its impact on our geopolitical security – and the uncertainties in Pakistan”.
Known for its impressive line-up of foreign titles in the thriller category, Pan Macmillan says the “Indian mass market is ready for thrillers created indigenously”. This month, it added Madhumita Bhattacharya’s The Masala Murder to its fledgling coffer of homegrown mystery stories.
The Masala Murder, a serial thriller, is about a woman private eye, who manages a private investigation agency – a la Alexander McCall Smith’s The Ladies Detective Agency Series. Written in first person, the writer, a detective-turned-food-critic and baker, returns to snooping by default when she is entangled in the murder of a gourmet importer.
In a recent interview, Bhattacharya said to get a first novel published in a challenging environment, she needed to write “something that fits into a genre of some sort – that a publisher could see it working commercially”.
“The one closest to my heart is mystery… It works for me,” Bhattacharya notes.
First-time crime thriller writer and filmmaker Piyush Jha believes that “it takes an extraordinary mind to write a thriller”. Jha, who published his first crime thriller, Mumbaistan (Rupa & Co) – an anthology of three novellas about the underbelly of Mumbai – says “thriller as a genre is yet to show its mettle in India unlike in the west where writers of crime thrillers come with a lot of background”.
“All those who write thrillers in the west have a lot of background, depth and a lot of life. In India, one has to explore the surroundings to come up with credible stories,” says Jha.
The list of writers is growing with early trend-setters like Mukul Deva and Ashwin Sanghi making way for new names like Juggi Bhasin, Abhisar Sharma, Shantanu Dhar, Hemant Kumar, Abhay Narayan Sapru, Saad Shafqat and several more. A thriller has to factor in the reality around us.
“A thriller, I discovered, is a reality check every writer has to undergo to know how grounded we are in the world we inhabit,” Nair said.
And India sure is weaving its fair share of mysteries in its crowded cities and dark alleys.
Madhusree Chatterjee