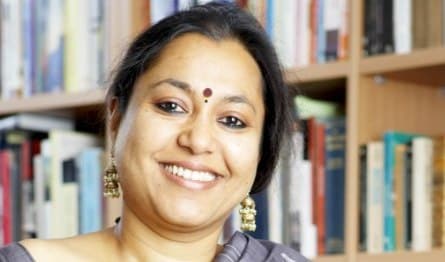 Australia’s rollercoaster relationship with India is all set to ride a new high after a successful writers’ forum, the first of its kind, opened fresh new pathways between the two nations, tapping into each other’s intellectual and cultural identities and thereby forging what could be long lasting relationships in hitherto unexplored terrains.

Leapfrogging over linguistic and political barriers, the high profile Australia India Literatures International Forum (AILIF) organised by University of Western Sydney ’s (UWS) Writing Society and Research Centre (WSRC) brought together a selection of creative talents from both countries for a meeting of minds. Two leading publishers (R Sivapriya of Penguin India and Mita Kapur of Siyahi) and ten acclaimed writers representing many regional dialects flew down from the subcontinent for the largest literary exchange of its kind experienced so far in Australia .

While Indian writing in English has a huge market worldwide commanding an impressive global readership, the literary offerings in myriad regional Indian languages remains virgin territory. Likewise, the rich vibrancy of Australian indigenous writing is a niche area with immense potential. As well, multicultural writers of modern Australia have countless tales to tell, imbibing many literary and cultural traditions that dissolve geographic boundaries. The forum sought to link these diverse traditions of storytelling through one common platform.

“The Australia India Literatures International Forum (AILIF) hopes to develop and strengthen Australian ties with one of the fastest growing markets for literature,” said event facilitator and post-doctoral fellow at WSRC, Dr Mridula Nath Chakraborty. “It will have the twin effect of promoting inter-lingual ideas and enable translations of high quality between these literatures, thereby helping Australia and India understand each other’s societies and foster closer cultural relationships”. She added, “Indian publishing is at a high point at the moment, and major global publishing houses are rapidly moving into the subcontinent to cash in on a highly literate English-proficient clientele. Australia is in a good position to capitalise on this, as our hidden gems of Australian Aboriginal, Indigenous and multicultural writing, derived from traditions other than the European, are especially unknown in the subcontinent”.

“This forum brings together vernacular writers from India with Australian multicultural writers, to generate interest in their respective traditions and enable closer interaction and collaboration between them, in the process, spearheading research and commercial ventures,” Dr Chakraborty stated.

While Australian literature has a significant presence in the English departments of Indian universities, it has not yet penetrated the sizeable regional language markets, Dr Chakraborty lamented.

“It will therefore be directly beneficial for Australian writers to interact with their Indian counterparts to explore possibilities of reciprocal publication in translation, and it will be equally fruitful for vernacular Indian writers to expand on Australian vistas,” she noted.

Addressing the inaugural session held at the Female Orphan Building of the picturesque UWS campus, Vice Chancellor Janice Reid said, “Like India, Australia is an ancient country. We look forward to strengthening ties between these two great nations. An event of this scale has not been undertaken before. The forum will contribute significantly to our multicultural fabric and we hope to build on the research of each other’s cultural milieu.”

Girish Karnad was given the onerous task of speaking on behalf of the Indian writing community. “To represent all of India ’s languages and dialects is to represent so many complex cultures, an almost impossible task,” he stated with revealing candour. “Each language is a ferocious nation proud of its unique heritage. Bloody conflicts have resulted from the demands of linguistic recognition. Language divides us, but it also unites us. And India has survived and flourished because of its respect for diversity”.

The VC later hosted a reception for the visiting writers.

Exploring the diverse traditions of contemporary writing in India and Australia over the course of the four days, the bold and ambitious talkfest at Metcalfe Auditorium examined how “linguistic diversity, vernacular cosmopolitanism and global regimes of translation shape and effect literature”.

Open to public, the thoughtfully chosen panel sessions included speakers from both nations followed by interactive discussions. Old traditions and new cultures, poetic imagination, the salience of place, politics of location, enduring role of myths, great human migration, Girmitiya cultures of Pacific Ocean, linguistic allegiances and the hybrid writer, purpose of translation and role of publishers were some of the issues discussed. The State Library bookstore also made available the works of local and visiting writers.