Lessons from the Master 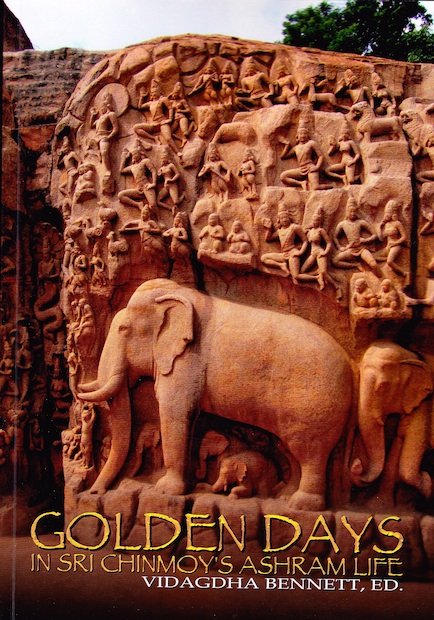 Reading Time: 2 minutesPerth author Vidagdha Bennett is set to release a new book about the golden days of Sri Chinmoy

A frequent pilgrim to the spiritual shores of India for writing inspiration, Perth author Vidagdha Bennett has spent time in Dakshineswar and Pondicherry, but it was in the mountains and cooler climes of Kashmir where she recently found inspiration to put her thoughts to paper.

“The brown kites outside my window wheel gracefully on motionless wings and then dip down to skim the mirrored surface of Dal Lake, raking it with their claws. A fisherman is perched motionless on the prow of his shikara, his long bamboo rods lying on the glassy waters with bait hanging temptingly beneath,” Bennett writes about her experiences in Kashmir.

This month, Bennett will launch her fourth book, Golden Days in Sri Chinmoy’s Ashram Life. With a doctorate in English from the University of Western Australia, Vidagdha Bennett’s recent books have explored the child and adulthood of her own teacher, Sri Chinmoy. She began studying meditation under Chinmoy’s guidance in 1976.

Sri Chinmoy resided in New York from 1964 and was himself a prolific author, publishing over 1500 books in his lifetime. Bennett’s related academic qualifications did not go unnoticed by her teacher, and after moving to Queen’s, New York she played a major part in editing many of his uplifting books and plays on poetry, spirituality, eastern philosophy and children’s short stories.

After serving and residing in the USA for many years, and following Sri Chinmoy’s passing in 2007, Bennett returned to her home state of Western Australia and redirected her literary energies to her own projects. Working at her brother’s law firm, Bennett and Co, she finds time to write outside work hours and in her travels.

Golden Days in Sri Chinmoy’s Ashram Life focuses on the youthful childhood of Sri Chinmoy, growing up in the Sri Aurobindo Ashram with his siblings, friends and mentors, surrounded in the surcharged and innocent atmosphere of sports, selfless service and spiritual discipline.

“The inner experiences of a spiritual Master are what we crave to hear above all else,” Bennett explained. “Even a few spellbinding insights into the vast realms of the soul, a world that we ourselves have perhaps glimpsed only on rare occasions, fall like sweetest nectar on our ears”.

“Those were the days,” Sri Chinmoy said of his time in Pondicherry. A time, pre-New York, where his life was still full of the simplicity and purity of India. “The golden days, in my Ashram life”.

The book will be launched in New York this month and is available in Australia.