Kalki returns as an avenging angel 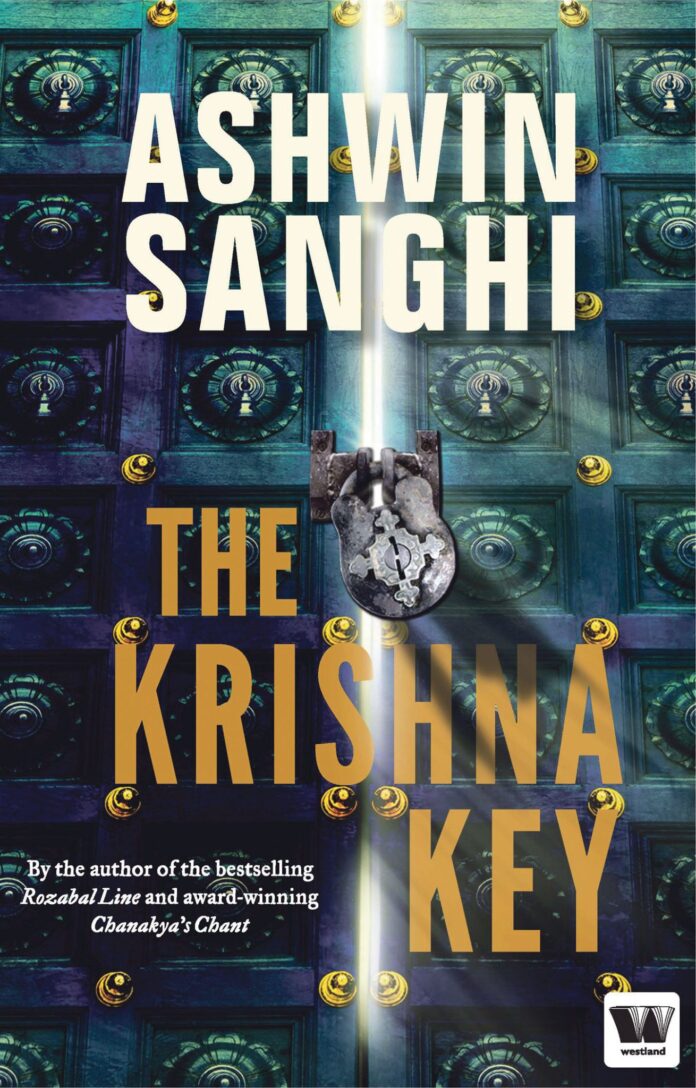 Reading Time: 3 minutesA racy new thriller travels back and forth in time from Krishna’s Vrindavan to modern-day Delhi

Writer Ashwin Sanghi, winner of the 2010 Vodafone-Crossword Popular Choice Award, has moved to the Krishna terrain of Dwarka and Somnath in his new book The Krishna Key, away from the Biblical turf of The Rozbal Line in Kashmir and the modern-day Mauryan intrigue in Chanakya’s Chant set in the national capital.
Sanghi explores the myth of Kalki – the final avatar of Krishna (also known as Vishnu in Indian mythology) – through a tale of murder and an ensuing chase that travels back and forth in time from Vrindavan and Mathura to a classroom in St. Stephen’s College in Delhi, across lifetimes.
Forty-five-year old professor Ravi Mohan Saini, who teaches the history of mythology at St. Stephen’s College, is the unlikely sleuth who scouts on the trail of a “poor” little rich boy Taraak who believes he is Kalki. In Sanghi’s gripping tale, Kalki is a serial killer who embarks on his bloody journey with the murder of Anil Varshney, a young symbolist in Rajasthan. Varshney is Saini’s oldest friend. And his murder at the beginning of the narrative – a la The Da Vinci Code – becomes the spur in Saini’s life, turning him into a sort of Robert Langdon, the star of Dan Brown’s cult classic – looking for clues to the gruesome death.
“I was influenced by the ‘Holy Blood, Holy Grail’. Dan Brown came as an afterthought. But had I not read Dan Brown , I would not have written The Rozbal Line and delved into the sacred feminine…It is like two sandwiches on a platter with different ‘chutneys’,” Sanghi told IANS.
Sanghi breaks his saga with interludes from the life of Krishna. The writer speaks of the deity in first person at the beginning of every chapter – recounting from the birth of the deity to his journey to Dwarka. And the subsequent destruction of the kingdom.
The writer chose the Mahabharata as his reference point. “This (life of Krishna) is the stuff we have heard of – I have used it not from a mythological perspective but from a historical perspective. I like to look at mythology as the hidden truth. Get rid of the layers of colours and frills and what we will be left with is a single sliver of truth,” Sanghi said.
The Krishna Key, however, moves closer to history – one that is recorded in the Puranas about the last avatar of Vishnu – than his two previous novels. In The Rozbal Line, Sanghi spun a fictional tale of murder and redemption around the Christian myth of Jesus Christ fleeing to Kashmir soon after crucifixion to live a long and fulfilling life. In Chanakya’s Chant, he plays on the myth of Chanakya to spin a modern-day political thriller.
“The Kalki Purana and the Bible have substantial cross-pollination. For me, Kalki is nothing else in the book but the backbone for the thriller construct. The Kalki Purana had many references to Vishnu and I wanted to understand more about Vishnu,” Sanghi said.
The writer started out with C. Rajagopalachari’s translation of the Mahabharata in English. “I wanted to have a historical perspective of Krishna, how his life is spoken about in the sacred texts. The Mahabharata has an appendix to it – the Harivamsh that talks of Krishna’s life from the time he is born to the time Dwarka goes down in a deluge,” Sanghi said.
The book serves a more basic purpose. It draws the thriller addicts and Gen Y to the rich archive of Indian history and myths that have sprung around events before our time.
Madhusree Chatterjee