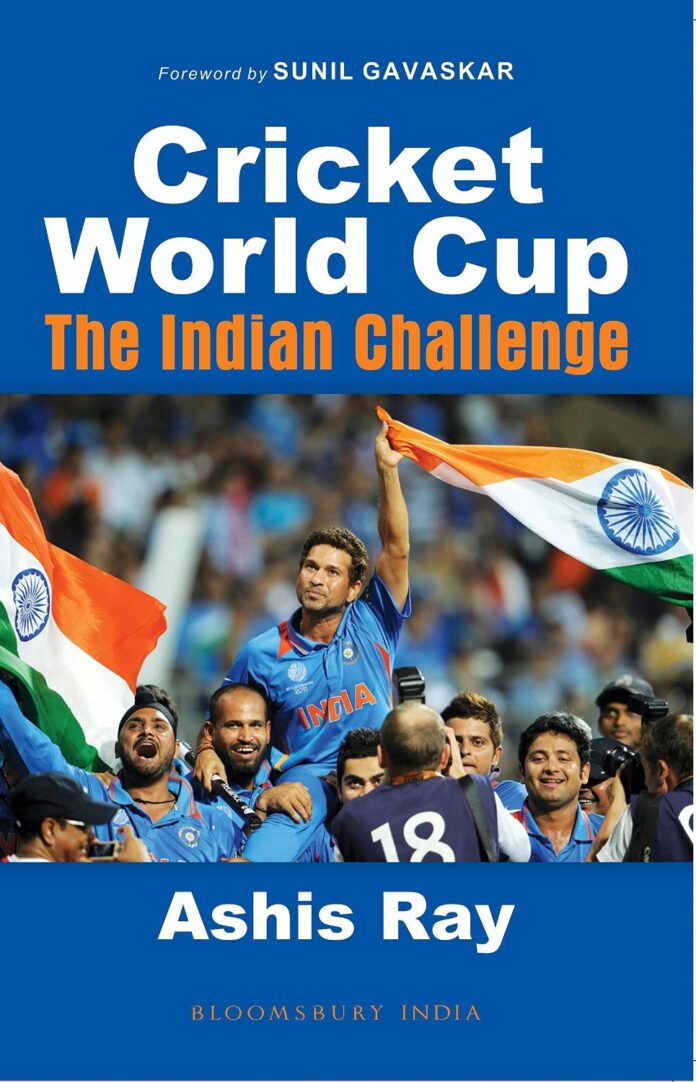 Cricketer writer Ashis Ray is probably putting pen to paper at this very moment, getting that final chapter ready for his latest book Cricket World Cup: The Indian Challenge.
Readers will remember Ray as the cricket commentator whose classical English and golden voice kept generations of Indian listeners on All India Radio mesmerised.
The book is an analysis of India’s performance in all ten previous World Cups, with a final chapter offering a guide to the current World Cup.
The book in its original form (Bloomsbury Publishing India Pvt Ltd) was actually launched in February this year ahead of the Cricket World Cup. India’s Acting High Commissioner Manika Jain did the honours in Melbourne.
It is set for a relaunch in May, with the ‘guide’ chapter replaced by a review of the latest World Cup.
This is a chronicle of the World Cup from an Indian perspective: not a glorification of Indian cricket.
Ashis Ray attempts a dispassionate appraisal of the rise, fall and re-rise of Indian cricket in the one-day realm – a saga one cannot ignore, for with it has increasingly since 1983 been inextricably linked the financial fortunes of world cricket.
It is a volume not just for Indians, but for anyone interested in cricket and India.
The book covers all 10 previous tournaments. Each of India’s matches starting with the 1975 World Cup is recorded, as well as every single semi-final and final.

The opening chapter deals with the first two World Cups – 1975 and 1979 – both “agonising and embarrassing from an Indian standpoint”, as the team went out of reckoning in the league stage itself.
Ray then devotes a complete chapter to the remarkable turnaround in 1983, when Kapil Dev led India to the title. The author, who has closely observed the game for decades as an eminent print journalist and also a popular commentator, does not forget to record for posterity the victory against the then unplayable West Indies in their backyard – Berbice in Guyana – that perhaps boosted the morale of the till then lowly-rated Indians to come up triumphs at the World Cup less than three months later.
The 1983 high, however, was followed by the lows of four World Cups – 1987, 1992, 1996 and 1999 – but public interest was reignited by India finishing runners up in 2003 under the captaincy of Sourav Ganguly, “a fighter and skilful one-day batsman”.
Yet, what followed was a “rude shock”. India crashed out at the preliminary stage in 2007, when the World Cup caravan rolled for the first time into the Caribbean.
As India climbed the Everest at home once again in 2011, by annexing the title in what was Sachin Tendulkar’s sunset World Cup, the author did not miss the bigger picture – the impact on the game itself of the success of a nation that dominates cricket commerce.
“The ascending popularity of the 20-overs-a-side competition after the introductory World Twenty20 in 2007 had cast doubts about the future of One-day Internationals. This ceased to be a topic of discussion after a buoyant 2011 World Cup,” says Ray.
While those looking for spicy dressing room gossip or off-the field candid camera tales could find in Roy a conscious design to play with the straight bat, the book is a collectors’ item – replete with sharp insights, stats and absorbing anecdotes.
Besides a faithful cricketing analysis of the matches, Ray presents full scorecards for the outings in the 1983 and 2011 World Cups; scores in brief are provided for all other ties.
The narrative is chronological, largely reportage, but becomes unsparingly critical of the cricketing demi-gods and the Board of Control for Cricket in India at times, as Roy’s pen dissects the many failures of the side.
For instance, cricketing legend Sunil Gavaskar – who composed a fitting and beautiful foreword – does not escape harsh admonition for carrying his bat for the entire 60 overs in the inaugural World Cup match in 1975 for a pathetic 36 not out. Roy pulls up Gavaskar for making “no effort to respond in the spirit of one-day cricket”, and even quotes Wisden, which said the Mumbaikar “sat on splice” throughout the innings.
Again, India’s highly forgettable show in 2007 makes Roy charge the BCCI with having “systematically undermined India’s potential by going berserk with one-day cricket, forgetting or being unaware that the aim has got to be to be the world’s best in Test cricket.” He surmises: “For decades, the most unsuitable people have administered cricket in India.”