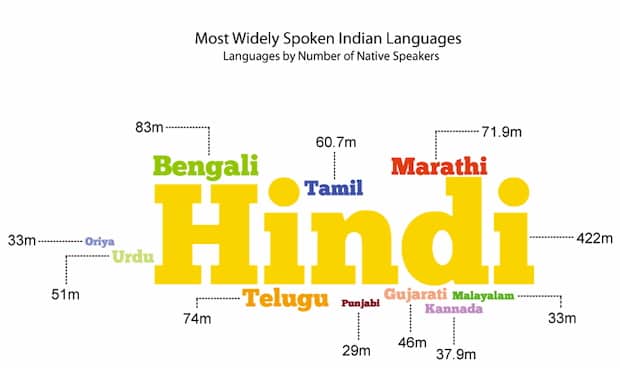 According to parliament, many Indian languages are losing their oral literature, and globalisation is not to be blamed for the loss of this intrinsic fabric of culture.

In a written reply in the Lok Sabha, Culture and Tourism Minister Shripad Yesso Naik said: “It is true that globalisation is affecting languages in the sense that many languages under pressure are losing oral literature and words related to culture, especially food items, dress and ornaments, rituals, flora and fauna”.

“But globalisation is not the cause of language death. When the speakers of a language start to realise that their language does not have a global functionality, they begin to abandon it or shift towards a stronger language,” he added.

India has 22 official languages. According to a study conducted by People’s Linguistic Survey of India in 2013, the country has 780 spoken languages of which 220 languages have been lost in the past 50 years.

“A language dies when its speakers dies,” Naik said, in particular reference to a language of Andaman and Nicobar Islands, Aka-Bo, that died recently when its last speaker passed away in 2010.