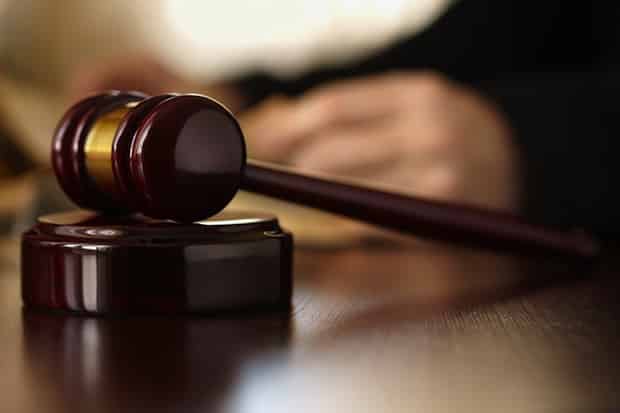 Reading Time: 6 minutesHarsher laws and stricter punishments are needed for crimes against women

‘Judge Jagdish Sinha found dead’. Every newspaper in the country carried this news in bold print on its front page on Monday morning.

The five-word headline shocked the nation to its core. Only three days earlier, he had been hailed as a national hero in all those newspapers after he delivered his judgement on the infamous gang rape case that not only rocked India but reverberated around the world. He was on every one’s lips, on TV chat shows and editorial columns – all heaping praise on him. Women’s groups in capital cities marched along roads to the local high courts hailing Sinha’s judgement and demanding stern action against perpetrators of violence against women. Politicians of all hues, with an eye on the female franchise in the forthcoming election, were profuse in their praise for the judge.

Until a couple of months ago, no one outside Patna’s legal circles had heard of Judge Sinha, but his name became a byword the moment he was named to hear the Patna rape case. The national media went into an overdrive in analysing every case he had heard in his judicial career, dissected every judgement he had delivered. They built up a profile of him as a softie who would prefer a reformist route to a hard-line verdict since he believed that even the worst human will have a soft spot and that should be given a chance to sprout. So it came as a huge surprise when he delivered, at the end of his 180-page judgement, a death sentence for two of the three accused. Legal pundits and the public were, at best, predicting a life sentence. The crudity of the crime, the callousness of the criminals, bad publicity world-wide and the wrath of women groups forced the court system to fast-track the case in a country where even a prime minister’s killing took a decade to come up for hearing. No wonder the national rage turned into a rave on hearing the sentence from Sinha ‘the softie’.

But within three days the celebratory mood turned sombre. Speculation was so rife that everyone had a theory for Sinha’s sudden death.

“He had a weak heart that couldn’t stand such a harsh trial”.

“One culprit’s father, a local political strongman, organised this”.

Gruesome was as understatement to describe the tragedy that struck on that fateful February evening in a passenger train on its way to its final destination Patna. With most of the passengers having alighted at previous stations, the only two persons left in that coach were Shanta, a pretty junior nurse returning home from work at community health centres in distant villages, and an elderly man Ram Kishan Laxman, wearing thick glasses. As the train pulled out of the last station before Patna, three young men jumped on and sat next to Shanta. She knew one of them, Manohar, casually. He lived a few streets from her humble cottage. He was known by Shanta to make unwelcome advances, but she ignored him. As he and his friends sat on either side of her she felt apprehensive but did not want to show it. But within minutes they set about executing their carefully sketched plan.

The old man heard the commotion and easily guessed what was happening. He shouted, “Arre chokras, kya karthe ho”. The youngest of the three, Suresh, rushed and stood in front of Laxman with a pen knife. In one swift move Manohar ripped Shanta’s blouse and stuffed her mouth and went about fulfilling his fiendish urge as his buddy Salman held her down. Next Manohar and Salman swapped their roles. Then Salman called Suresh to have his turn taking his place in front of the old man. As Suresh was of slim build, Shanta thought she could throw him off balance and wriggled vigorously. Manohar tightened his grip on her chest so tight she choked and within seconds breathed her last. He panicked at this unexpected turn; as the train was only some ten minutes away from Patna, he dragged her body and pushed it out the door hoping it would fall in the river below and never be found. Poor Laxman couldn’t see any of this in the winter darkness.

On arriving at Patna, the boys jumped out and disappeared in the crowd. Laxman, as he slowly walked towards the exit gate, saw a girl briskly walking ahead and assumed she was the girl subjected to sexual assault and was running away from the wicked boys. On reaching home he told his daughter of the incident and decided to go to the police next morning.

Shanta’s mother, in her sixties, wondered why her daughter hadn’t come home. She consoled herself that she had probably missed the train and decided to stay at the community health centre as she had done once before.

Next day the driver of a passing train noticed a body on the trackside and called the station master who informed the police. In the post-mortem, it was found the girl had been repeatedly raped and choked. The news spread like wildfire sparking mass demonstrations in every major city demanding stern punishment for the culprits. With overseas media giving saturated coverage the State Government felt the heat and pressured the police to find the culprits. Learning the sad end of the girl, Laxman gave the police a good description of the two boys who stood in front of him. The police were hesitant to take him seriously as they thought with his thick glasses he would have had difficulty with his sight, that too in the winter dusk. Then Laxman drew pictures of the two boys exactly as he described earlier. The police swung into action as the younger one was a known pick-pocket. Under rigorous questioning Suresh gave a full account of the sordid incident. The police soon found the other two and arrested them.

The case was fast-tracked. Manohar’s father, Mrualidar Rawal, a much-feared local political identity of the ruling party was confident of getting his son out by bribing, brow-beating or burying the judge. He hired top criminal lawyer Jethram Malani, who was equally cocky of blowing the account of the prosecution’s main witness, an old man who did not actually see the incident but could describe the accused in fine detail, and a pick-pocket who the police would have forced to admit the offence.

After grilling other prosecution witnesses, Malani asked the star witness, Laxman, his trump question as to how he could describe in such great detail the boys seen in dim light on a winter evening.

“Sir, I worked for 40 years as a cartoonist in Patna’s leading daily The Searchlight. It is a cartoonist’s trait, to be able to pick the features of someone even without seeing them in person. These two boys stood in front of me for some time and it was more than enough for me. Here is a caricature of you, sir,” RK Laxman concluded, producing a piece of paper.

Jaws dropped all around. The fate was sealed for the accused. Sinha debated within himself for over a week and decided on a five-year jail for term for Suresh due to his being below age and his co-operation with the police, giving hope for reform.

“I recommend the death sentence for the two older boys since violence against women has gone beyond shame in a land that gained its freedom without a single act of violence. Regrettably someone has to be set as an example,’’ his judgement concluded.

But not conclusive was the judge’s autopsy report. There was no indication of murder. Possibly it was death caused by several medications he was taking for his heart condition after a triple-by-pass six months ago, or, shock caused by his own verdict against his strong faith in human goodness.

A fortnight after performing the last rites for his father, Sachin Sinha, returned to his IT job in Silicon Valley. There was a letter waiting for him.

“My dear Sachin, for the first time I have today given death sentence to two boys for their crime; not murder, but rape causing the girl’s death. When I was in my thirties, I did a similar shameful act on a young unmarried maid who killed herself upon falling pregnant. I was the cause for her death. I give myself now a similar punishment. I have left no trace. It is the only honourable end I can think of.