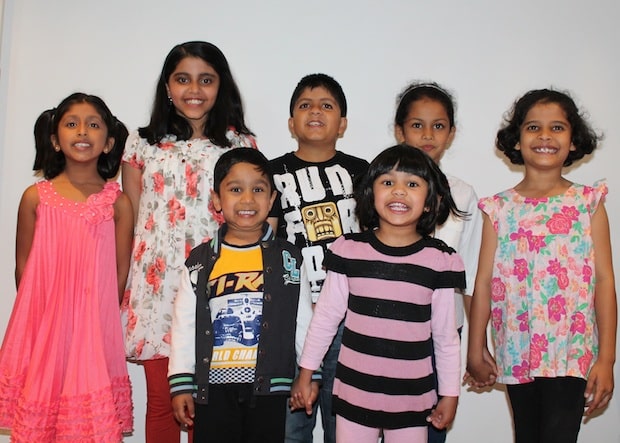 The first performance of Kalavishkar Innovative Art Academy (KIAA) for 2014, Greeshma (thepre-monsoon hot period in India), was performed in early May to a packed audience. With the event hosted by Amruta Nargundkar, the audience was treated to pieces that ranged from a joyful skit performed by children to an adults-only marital drama.

Reshma Parulekar directed the first show, an invocation of the almighty, to music from a Marathi movie, Vanshavel. Poulomi Deshpande was outstanding in her role of the Goddess as a destroyer of evil.

Gadget story was a hilarious piece where each actor depicted a household item, ranging from a fridge to a TV, which can at times feel neglected. The skit ended with each gadget realising their greater role, where nobody (or no gadget), is superior or inferior to another. The actors of this piece, all under the age of 10, included Ananya Pradhan, Anvi Ranade, Sonia Manduskar, Ria Mane, Animesh Bhakta, Om Charegaonkar and Ria Padval.

KIAA then presented a play in English, The bank robbery, written by Eitan Lowenstein and directed by Mandar Vaidya. Aaron Milroy performed the robber’s role perfectly, while Chelsea McCrae’s performance brought laughs to the audience, with her character who was more concerned with her appearance than the drama going on. Actors Anjali Sohani, Aniket Parulekar and Manasi Vaidya were also enjoyable to watch.

Mandar Vaidya directed the one-act Hindi play Maadi. This short play was originally written by acclaimed playwright Vijay Tendulkar and explores the dichotomy of love and material stability. The drama unfolded through a series of intense conversations between a clerk lacking in confidence, performed by Mandar Vaidya, and his ambitious, ex-love, performed by Reshma Parulekar.

Reshma displayed her struggle to choose between her soon-to-be husband and her ex-love with passion and intensity. Mandar’s performance of a shattered man was portrayed with much desperation.

KIAA was founded in August 2012 in order to promote the performing arts within the Indian community in Victoria. Since it was formed it has staged four shows, with skits in Hindi and English and dance performances.

Let’s wait and see what the next show brings.