Heart in the right place 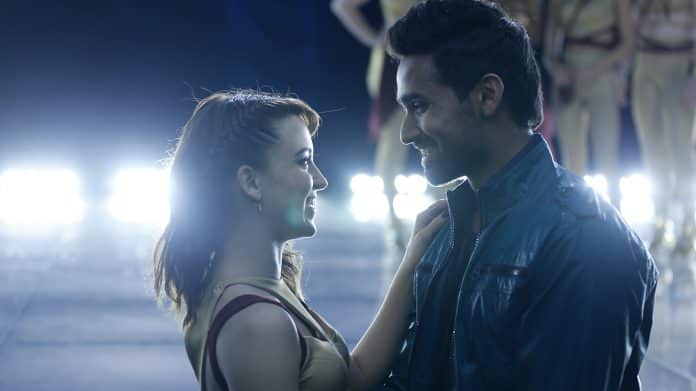 Reading Time: 3 minutesPerhaps it is the Slumdog Millionaire effect, but recently, we have seen a huge uptake in the soft power that India has to offer in terms of cinema for a primarily western audience. The ingredients of cinematic fodder that Indian and western audiences have grown up on are markedly different. Historically, attempts to infuse these two palates together to produce a kind of hybrid curry has often left a bitter aftertaste.

You only have to think as early as the 2000s when cringe-worthy western films like The Guru overtly used Indian cultural elements as a crude and offensive punchline in their narratives. One of the very few successful examples of a ‘crossover’ film of that era was Gurinder Chadha’s Bride and Prejudice starring Aishwarya Rai Bachchan. And even that was closer to a guilty pleasure than a film that Indian audiences could genuinely be proud of.
But times have changed. There is a meaningful exchange of soft power happening. Mainstream Indian films regularly feature among the top grossers in global markets. Aamir Khan’s PK and Dangal have dominated the Chinese box office. Baahubali and Padmaavat have opened in the top 10 for the North American box office, despite having significantly fewer screens at their disposal. Conversely, Hollywood offerings like the latest instalment of The Fast and the Furious and the Star Wars franchise opened above expectations in India, even outperforming local Indian films at the Indian box office.
With Indian actors increasingly getting meaningful roles in mainstream Hollywood and American television, western audiences have also reacquainted themselves with how they see India on the big screen. It’s not just a place to be exoticised or fetishised for western audiences anymore.

Many recent films such as Lion, Victoria & Abdul, Viceroy’s House, The Black Prince, The Big Sick and Basmati Blues have explored the Indian/subcontinental connection.
In this climate comes Duane Adler’s latest offering, Heartbeats. Adler is known for writing dance films in the Step-Up series. Making a dance-based film that infuses elements of western and Indian dance styles is right up his alley. The “dance-based film” as a specific genre has also gained acceptance among Indian audiences, with success of films like ABCD and ABCD 2.
The story is straightforward enough, right out of the Step Up template. American college student Kelli (Krystal Ellsworth) dreams of winning a dance contest and has no interest in finishing her law studies. She has an estranged relationship with her parents and is finding ways to cope with a family tragedy. The family take a trip to India to attend a wedding where Kelli meets Aseem (Amitash Pradhan), leader of a dance troupe and through this blossoming relationship, finds a way to heal and fulfill her dreams.

The narrative template may be been-there-done-that, but the visual framing makes the film engaging. A lot of credit here goes to cinematographer Ravi Varman. Varman has a distinct visual aesthetic and his compositional style is as unique as it is gorgeous. His camerawork has created magic in films like Mani Ratnam’s Kaatru Veliyidai, Anurag Basu’s Barfi and Jagga Jasoos as well as Imtiaz Ali’s Tamasha. Here too, he makes each frame come alive.
And of course, the litmus test for any dance film, the choreography is top-notch. Unfortunately, the music itself offers nothing memorable. The entire dance crew do a fantastic job though. Ellsworth and Pradhan both shine in different dance styles and have chemistry on the dance floor, but otherwise have no spark as romantic leads. On an interesting side-note, it was a pleasure to see Chak De girl Vidya Malvade on screen again, even if for a short role.
If you’re looking for a cosy night-in, Heartbeats may not offer anything out of the ordinary, but has its heart in the right place.
(Heartbeats which will be released on DVD and the digital platforms this February)