Films that touch your heart 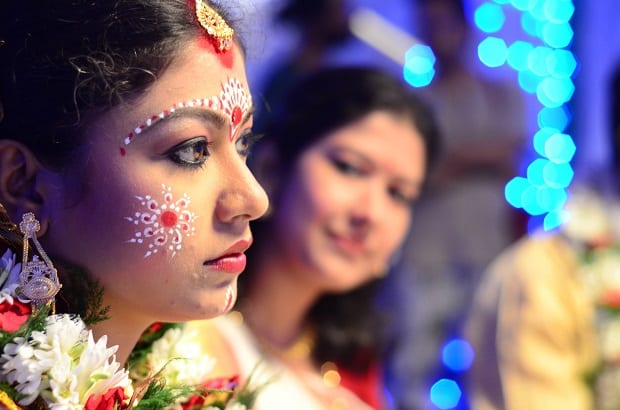 Reading Time: 4 minutesIt’s ‘thinking’ films from India, from within our own community here, and from the diaspora at Parramasala, writes SHRADDHA ARJUN

It was a bunch of interesting offerings, features as well as documentaries, at this year’s Parramasala Film Festival. Keeping safely away from your typical Bollywood fare, the carefully picked films looked at issues that touch us as Indians, as Indian Australians and as Indians of the diaspora. And yet there’s no denying that the themes engage us as humans in the modern world, as we try to negotiate our daily lives within the vast plotlines of our own histories and allegiances.

The Indian films stood out with their stories as well as technical expertise. We had the endearing Ankhon Dekhi by Rajat Kapoor, arguably one of the best Hindi films of 2013. The protagonist here is an advocate of the concept of ‘seeing is believing’ to such an extent that it borders on insanity. Sanjay Mishra essays the role to perfection. The film is beautifully abstract and has deep philosophical undertones, touching upon family ties and relationships.

In sharp contrast, Ashish Avikunthak’s mystical Rati Chakravyuh, a critically acclaimed experimental film is shot in one long single take. Characters speak about mythology, politics, riots, violence, sex, desire, and the circle of life, in no particular order or context. The film literally has no conventional beginning and end, with the discussion carried in an unemotional, almost stoic fashion. Although there are several characters, perhaps they really represent the many voices of one individual, more like an internal dialogue within one’s own head. The film manages to incite anger, sadness and even titillates.

It was interesting to watch I am Megha on its own for the first time, as the film originally is interwoven with the other films in Onir Ban’s I Am anthology. Based on the conflict and unrest in the ‘90s in Kashmir, Juhi Chawla and Manisha Koirala are the protagonists. The film touches upon relationships, especially friendships that change in hostile conditions. However, the film is not long enough to discuss the situation in its entirety. To that extent it is oversimplified. The performances are powerful and moving, but one is left wanting for more, and somewhat unsatisfied.

And this brings us to Bollywood. In Dancing To The Tunes of Bollywood, film-maker Vikrant Kishore looks at the etymology of the word Bollywood, and the phenomenon of ‘Bollywood dancing’that many are suddenly interested in learning and performing professionally.Who coined the term? What does it mean to people in the western world and the professionals in the Indian film industry? In this well researched documentary which includes interviews of many industry bigwigs, the evolution of ‘Bollywood dancing’ is explored. From the first musicals to the latest trends of ‘item numbers’ and ‘item’ girls, the out-of-context song and dance sequences are seen through different perspectives.

The feature My Cornerstone by Stanley Joseph was a great opportunity for local actors of Indian origin to come together and showcase their talent. The film is a sincere attempt at exploring the dichotomy of the immigrant Indian values. Yet, the characters that are relatable initially, turn into mere caricatures as the film unfurls.

The senior sector of the Indian community in Australia is one that is crying out for attention. In Her Inner Song, Indu Balachandran tells the story of “grandma musicians”, a bunch of seniors who speak of their lifelong passion for Carnatic music. In its retrospection, the movie explores the nature of this orthodox industry, perception of women in India since 1930, their survival through these times and their pure love for music.

Straddling our two worlds of India and Australia was Sydney-based film-maker Sudarshan Narayana, whose award-winning Kannada film Thallana got yet another screening in Sydney. Sudarshan uses the backdrop of theprotagonist – a fearless domestic maid who fights against all odds to find her missing daughter – to make a comment on contemporary India. The hypocritical educated class, corrupt cops, the spineless media, unscrupulous God men, the helpless working class, all play an important part here. The characters are genuine, with no exaggerated “filmi” mannerisms, bringing in a rare realism.

Films from the diaspora

And from the world beyond India and Australia, we had the short films that made up Gary Paramanathana’s Diaspora Stories. This one is an absolute delight to watch! In the age of Twitter, where a thought needs to be expressed succinctly in 140 characters, they seem to fit right in. Bisanvil (l’Autobus) from Mauritius is set in a bus ride. Doubles with Slight Pepper from Trinidad and Tobago explores the lifestyle of an Indian-origin family. Three Lions juxtaposes the plight of impoverished Bangladeshi labourers in Dubai. Masala Mama set in Singapore is a wonderful film that’ll have in splits: definitely one that will go viral on social media.

Films based on relationship amidst war are many, however very few measure the length and the depth of how love stories exist and evolve between a couple who belong to the opposing sides. Marrying the enemy can be cathartic but extremely difficult especially if the wounds of the past are afresh in the minds. This happens to the protagonists in Prassana Vithanage’s film With You, Without You.The breath-taking film, the story of a Sinhalese man and Tamil woman, is inspired by Fyodor Dostoyevsky’s short story The Meek One.This controversial film was banned in India; one must be lucky to be able to see such a masterpiece here in Sydney.