Islam through a different lens 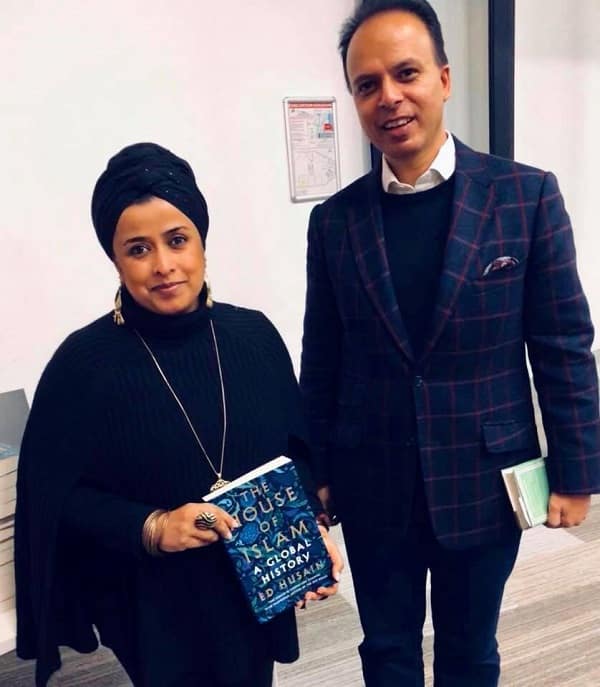 
“That’s one in five humans around the world in the news on daily basis, rightly or wrongly. But we know very little about them.” Through The House of Islam, he hoped to “better explain the lived reality and collective memory of ordinary Muslims”.
He had another audience as well: his fellow Muslims, especially those born and raised in the West as he was. “I wanted to explain a mainstream, normal, compassionate, kind, pluralist form of Islam to a new generation of Muslims.”
Husain detailed his theory of why Islam, a political and cultural superpower, the faith of “the ruling class, the elite”, for nearly 1,200 years, lost its glory and influence. From 1500 onwards, the West, previously far behind the civilisations of Islam in sophistication, knowledge and culture, suddenly emerged as a rival. “It was a big shock. The Muslims have spent the last hundred years trying to catch up, to compete with the West.”
One happy and ahead-of-its-time consequence of this, by the way, was the decriminalisation of homosexuality in the Ottoman Empire in 1857. However, Husain said the humiliation of being bested by the West has left deep “pyschological trauma.”
He cited the Pakistan/India division as a key example of that trauma – Muslims unable to come to terms with not having hegemonic power.
Husain also spoke about the importance of Sufism to mainstream Islam, something he said had been misunderstood by the West. “There’s a spectrum of Sufism…most Muslims are somewhere in between. Almost all Muslims have a connection to Sufism [although] they may not know it.” This lack of knowledge and connection to Sufism, he said, was what had led to the problems within the faith today.
This is something he spoke frankly about: the distancing of that “compassionate, kind, contemplative, mystical form [of Islam]”. Without it, he said, he “feared for the future of the Muslim world”.

Islam, he said, could live comfortably within “a pluralist, secular West” – the dangers had come with the rise of ‘Islamism’, which seeks “to make law” what is private and personal: “between me and God.”
The diminishing of Islam’s intellectual culture, through political and religious repression, concerned him deeply. “We haven’t produced a serious Muslim thinker since the 18th century…in the Arab world there’s a serious lack of thought and freedom.”  As he pointed out, the situation was once the complete reverse. After all, “the greatest defender of Aristotle in the 13th century” was the philosopher Averroes, i.e. the Muslim scholar Ibn Rushd.
He worried for the future of the Muslim diaspora in the West – people turning away from the faith and then “turning on it”,  which he sees as a real possibility. “I worry where that leads to…Muslims seen as backward, with no space in the modern world…there needs to be a recognition that Muslims (in the West) are children of the soil. They’re not going anywhere.”

However, he was, perhaps controversially, firm about the Muslim world needing to take more responsibility for the negative perceptions of the faith. “As a Westerner and a Muslim, I think we need to own up to some of the difficulties that we Muslims don’t want to look in the mirror for.”

When it came to Islamaphobia, he said it was driven in part by extremists who have “antagonised the social contract we have with the West…the way we push back and reclaim sanity in the West is to hit back against the fascist far right that use Islamaphobia, but also hit back against the extremists in our midst.”
Finally, he positioned his book as “more centrist” than other recent books on Islam. “Many of those other Muslim writers in the past have called for some form of Sharia – for me, Sharia is already here [in the West]. If you didn’t know that, sorry, I’ve got news for you – Australia is already a compliant country.”
Sharia, he said, means the preservation of life, property, religion, family and intellect.
“Sorry Pauline Hanson,” he laughed.