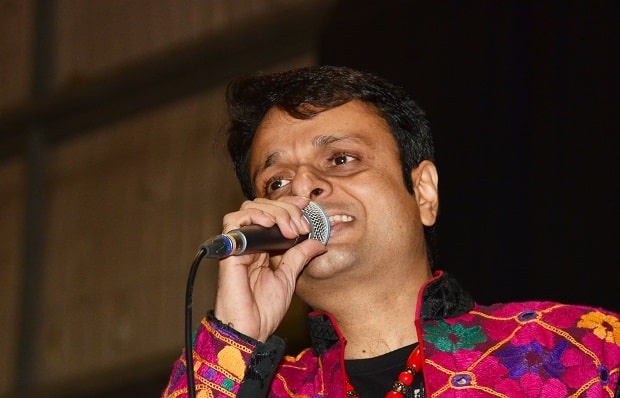 The multitalented singer, actor, dancer and comedian Devang Patel was in Melbourne recently, to perform at a traditional garba (dandiya) event during the festival of Navaratri. Satya Times and Gujjus Café & Chaat House organized the popular event at Oakleigh Recreation Centre. This was Devang Patel’s first performance in Melbourne and judging by the response he evoked, there could be more in future.
Known as the ‘King of Dandiya,’ Devang has created his own distinct style through a combination of comedy, rap and music. Among his popular songs are super hits like Patelscope, Ande Ka Funda, Stop That, Meri Marzi, Madhuri milli rastein mein etc. Besides comedy and singing, Devang has acted in several films and has also produced and directed films. His shows are enormously popular in Gujarat, and his fame is now spreading to other parts of the world. Prior to the auspicious Navaratri festival, this year, Devang’s Australia tour saw him perform in Melbourne, Sydney, Perth and Adelaide.
According to Bharat Shah from Satya Times, the 1100 strong audience at Oakleigh Recreation Centre thoroughly enjoyed Devang’s interactive performance, especially his parodies. Combining traditional and modern dandiya songs, Devang had the audience hooked on the dance floor. “He has truly brought the essence of Mumbai to Melbourne,” gushed one of the dancers in the audience, as she twirled around the floor in her splendidly colorful traditional outfit.