Crimes and intrigues in the Raj 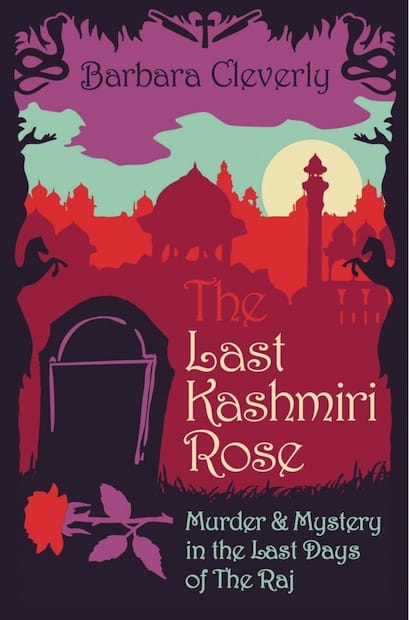 Reading Time: 4 minutes1920s India is an unlikely setting for crime fiction, but British writer Barbara Cleverly has been quite successful with her Joe Sandilands series

The colonial viewpoint yielded to critical post-colonialist narratives focussing on the subject, and then to a certain synthesis offering more nuanced views of both the ruler and the ruled.

The last can be seen in Sangeeta Bhargava’s The World Beyond – a poignant inter-racial romance set in princely Lucknow before and after the 1857 revolt; Thalassa Ali’s Paradise trilogy dealing with a similar issue in the Punjab of the 1840s, and Indu Sundaresan’s The Splendour of Silence, with the same plot device during World War II.

Romance is, however, not the only genre on offer. Imperial intrigues and sensational crimes can be seen in Timeri N. Murari’s The Imperial Agent and The Last Victory, which take up the adult career of Kimball O’ Hara (better known as Kipling’s Kim), or in Vithal Rajan, who chronicles the (hitherto) unknown exploits of The Great Detective in British India in Holmes of the Raj.

Unfriendly neighbours, antagonisms between diverse ethnicities and religions, and ferment in the wake of strengthening nationalism make post-World War I India an apt setting for whodunits and thrillers, but not many have exploited this setting.

Barbara Cleverly has – with her war hero-turned-policeman Joe Sandilands.
A Commander in Scotland Yard (not a typical police rank but one he holds for his work of discretely solving crimes, including murder, in the political sphere or in high social echelons), Sandilands is in India in 1922 to teach modern police methods but, on the verge of returning home, is persuaded to deal with some murders, which could be “highly inconvenient” for the Raj.

The settings are uniquely Raj – a cantonment town, Simla; a fortified post on the Northwest Frontier near Waziristan, and, finally, a princely state, somehow simultaneously straddling locales reminiscent of the Himalayan foothills and Rajasthan.

The adventures begin with The Last Kashmiri Rose (2001). Acting governor of Bengal Sir George Jardine, on the urging of his niece and the district collector’s wife, prevails on Sandilands to go to Panikhat, 80 km from Calcutta, where wives of officers in a cavalry regiment have been dying in violent but apparent accidents every March. A bunch of small red roses is then found on their graves on their death anniversaries.

Aided by a smart Indian havildar, Sandilands tries to uncover the links while grappling with the ramifications, particularly the killer’s identity – Indian or European? Both could have disturbing consequences, and, yes, March is still not over.

Ragtime in Simla (2002) sees Sandilands coming to the hill town as Jardine’s guest and getting dragged into another mystery when his travelling companion, a Russian opera singer, is shot dead at his side on the road up to the town. Investigating this and an identical killing a year before, Sandilands unearths a dark underside to the glittering life of the Raj’s summer capital and someone prepared to kill to safeguard a secret.

The Damascened Blade (2003) is set on the unforgiving frontier with Afghanistan. Holidaying with an old army friend, Sandilands is dragged into becoming bodyguard to an American heiress visiting the fort among an ill-assorted group – which includes a RAF officer and a bureaucrat with varying perceptions of border policy. The trouble starts when an Afghan nobleman, who has come to escort one of these guests to Kabul, is found murdered and his aide slips out with hostages. Sandilands and his friend have seven days to identify, arrest and punish the killer before the frontier erupts into war.

The Palace Tiger (2004) sees him visit the princely state of Ranipur. The old maharajah, a British ally, is dying, and the succession is unclear with the first son dead in suspicious circumstances while the second dies dramatically right before Sandilands’ eyes. He has to ensure survival of the last heir, a 12-year-old, while seeking to identify the killers from an array of powerful, manipulative characters at the court. Then a tiger hunt goes very wrong.
Cleverly’s stories appear interesting, with their exotic settings and complex characters, both British and Indian, all with their own agendas and allegiances, and unable to be easily categorised as good or bad.

A modern, fresh approach is also ensured with the author not skirting issues that older writers would never address, least of all directly – homosexuality, infertility, surrogate parenthood and so on. And Sandilands is far from the virtuous, restrained British hero of yore, not averse to liaisons with pretty women, single or married.

The rest of Sandilands’ adventures – seven, with the latest one due this year – are set back home in Britain as well as France and are wonderful portrayals of the dark side of the glittering 1920s. But his Indian cases have a special resonance, offering a rare peek into a bygone era: catch them.