Crafting silence out of words 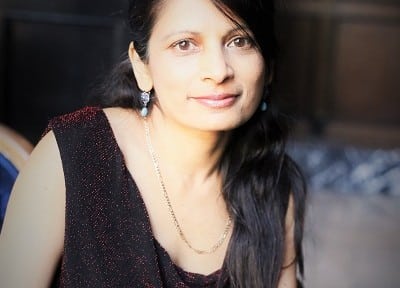 Michelle Cahill’s short story collection Letter to Pessoa has won the NSW Premier’s Literary Award for New Writing (also known as the UTS Glenda Adams Award).  The $5000 prize recognises new literary talent and the use of traditional fictional forms or an author’s craft to challenge and expand the boundaries of the genre.
Cahill’s craft does both generously. On the pages of her collection as well as within the minds of the reader.
On winning the award, she says “I am delighted and honoured to receive the UTS Glenda Adams Award for New Writing, especially as the first writer of colour, and the first South Asian Australian to be honoured in this category. It is not often that migrants are acknowledged for literary work that is experimental or that does not engage overtly with cultural assimilation and race.”


“I have been shortlisted in many prizes; I have won a few but this is my first book award so it feels quite special. The editing, typography and production of Letter to Pessoa attests to the professionalism, passion and expertise of my publisher, Giramondo Press. I feel extremely fortunate and grateful to the many editors, academics and writers who have encouraged and inspired me over the years.”
Although an Indian-Australian, like her characters in the collection, Cahill has lived several identities having been born in Kenya, moving to London and then Australia, where she now lives. These identities, her journal scribbles during her travels and a strong influence of Portuguese writer Ferdinand Pessoa inspired this collection of stories, and have now found a place in the Australian canon. Much to our delight.
The short story collection opens with a letter to Portuguese writer Ferdinand Pessoa. In the letter, she writes, “Flâneur, you’ve made me dream of Lisboa, as if I had roamed its streets with nostalgia, becoming the dramatist or the character of a book in progress. Speechlessly, the city has its way with me, in dreams and theosophy, of black and white mosaic tiles, of slaves and cool Atlantic breezes. Of Afro jazz, pastel facades and Alfonso Pereira. Or perhaps in the poems of Alvaro de Campos. I wonder if they were fabrications or if he lived in you? What ships left the rat-infested harbours transporting poets? What ships are docked within us?”

The letter does not end with the sender’s name. It could be the author herself, or her alter ego, like the several personas that lived and existed within Pessoa.
Pessoa was born in Lisbon in 1888 and left behind an inheritance of works that includes poetry, fiction, plays, speculations on various topics and a string of alter egos in his fictional works, also called literary heteronyms. These alter egos wrote their own narratives, as if dictating their stories to the author (who was just an instrument for penning them down) and lived separate identities in the author’s persona.
The process is not an unusual one since any author must become their characters to bring out the distinct voices and the fleet of feelings experienced by them. Cahill also assumes such various personalities through her missives to literary thinkers Jacques Derrida, Virginia Woolf, Jorge Luis Borges, Jean Genet and J.M. Coetzee.
Of her heteronyms, Cahill says, “I think my heteronyms are selves of the imagination and equally selves of the real. To write, you become another and you lose yourself.”
In her letter to Virginia Woolf, she writes of motherhood, the struggles of an everyday and a weekend parent in a broken marriage, the one parent who tells the daughter to clean her teeth and checks her Maths homework. To Coetzee, she cheekily asks about the ways in which women of colour are marginalised in literature as they are in life.
Her personas and characters are several. They are her, you, me and the many voices that live inside us. A psychoanalyst caught in a dream, a queer man with a writer’s block who writes to his heart’s content minutes before he is found dead, a migrant family from Dharamshala, their daughter caught in “the disquiet of not-quite-belonging” or even a cat born on a dusty town near Nairobi. They are often caught in their own shadows chasing happiness, or in between the chaos and the calm, seeking and accepting themselves in the wats of Thailand and alleys of Kathmandu.
A clairvoyant smells of amber, sandalwood and ganja, and rehearses his alchemies and arpeggios in his shed. Old friends, who are one another’s litmus strips, bringing out each other’s peculiarities and eccentricities. Her characters are wisened by the road that taught them of love and losing, and through the stream of consciousness of their minds. They are flâneurs in Barcelona, Lisbon, or in bustling metropolis of a third-world country or in the small balcony of a unit in Dee Why.
Cahill is a strong builder of contexts. Her characters come with a lot of baggage, with a strong sense of their history and geography, flora and fauna, and making sense of the new histories and geographies they inhabit. It is easily reflected in their hyphenated identities and the otherness of their existence.

In one of her interviews, Cahill says, “The sound of language matters to me… I believe prose should be beautiful to read, and by beautiful I don’t mean mellifluous; knowing where the silences belong is crucial. This voice then, which is not me, carries the narrative.”
It is not surprising then, that an author who understands the silences in words, is able to weave narratives soaking in various layers of their characters and their dreams and misgivings. Even the cover artwork of her book, Treatment for Hysteria II by Madeleine Kelly celebrates the liminality of her characters and their voices. Her language is vivid with action and adjectives, recreating reality with a lot of perfection. At the same time, it is poetic, vulnerable and inward-looking as she subtly casts lights on how the human mind can cheat and craft its own truth and lies.
Reading her aloud is like sifting through an old box of musty black and white photographs, turning the yellowed, dog-eared pages of a favourite yet forgotten novel. She creates these amplified montages as if holding a microscope to life, documenting it and, while she documents it, she magnifies it.
The poetic prose of her stories and its hypertextuality stay with you for a long time and percolate into your mind, often altering or making you conscious of the ways in which you perceive the outside.
Letter to Pessoa is a book you pick on a rainy day and read into the wee hours of the night, and re-read to savour the dimensions and voices, both lofty and faulty, in us.
- Advertisement -
Share
WhatsApp
Facebook
Twitter
Linkedin
Previous articleOver the fence: What do our Neighbours look like in 2017?
Next articleLeading Aust railway research institute to work with Indian Railways