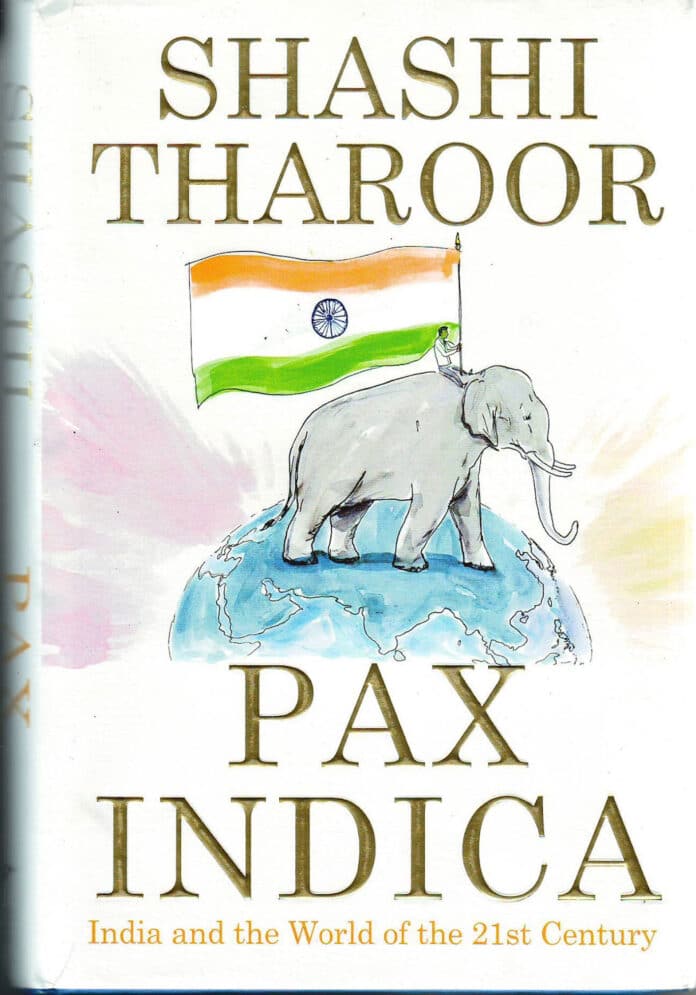 Reading Time: 4 minutesShashi Tharoor’s latest offering in our November (1), 2012 issue urges India to wield her soft power – but is this a glorified, yet impractical role?

Speaking on the occasion of his book release on September 9 at the Australia India Institute (AII), University of Melbourne, former diplomat and peace keeper, current Member of Parliament and author Shashi Tharoor clarified the use of the term ‘Pax Indica’. By that he did not imply Indian world domination or an empire like Pax Romana, but a ‘peace system’ of cooperative relationships in which India would play an important role in developing a contemporary set of rules that will help ‘promote and maintain a period of co-operative co-existence’. He cited the example of the world wide web – a world in which countries are connected to each other, and through which they will pursue their interests in a cooperative way. Until recently, India was a ‘rule-taker’; today however, India contributes more to rule making, and will be a key rule maker in the 21st century.
India already represents and exemplifies it:  it is, on the one hand, a member of the Non Aligned Movement; a member of the community of democracies which includes Imperial powers against which it had fought; it is at the same time a member of G77 (group of developing countries) as well as G20 (a consort of the biggest economies of the world); a part of SAARC, a member of RIC; BRICS – representing  South-South cooperation. Tharoor believes that India is a lynchpin of this diverse international cooperative endeavour.  This is what he celebrates and promotes in Pax Indica.
In order to play a greater role in the world, India needs a robust foreign policy, which in turn requires more foreign services officials.  He examines the role of the Ministry of External Affairs (MEA), Parliament and public opinion on the shaping of policy, and outlines his new grand strategy for the nation, arguing that India must move beyond non-alignment to multi-alignment. The MEA is grossly unequipped for this role – being under-staffed and under-resourced. India, with a population of over 1.2 billion has around 900 foreign services officials across the world -the same size as Singapore and New Zealand.  That is less than Brazil‘s which has over 1200 career diplomats; and China’s, which has around 4200 foreign service officials, and the US 42,000.  There is an urgent need to expand India’s foreign service, argued Tharoor.
Tharoor believes that India’s external orientation has been downplayed, largely because of the belief that foreign policy has little impact on rural voters in India – who may constitute the bulk of most MPs’ constituencies.  Tharoor opines this is a misconception: foreign policy affects everyone in a globalised world.  Economic liberalisation has made India a more globalised country than ever before; much of her growth has come about as a result of her international connectedness.  The younger generation in India is growing up working with foreigners, travelling abroad on work or holiday, and such like.  The purpose of India’s foreign policy must be to promote and facilitate the domestic transformation of India.
There are individual chapters in Tharoor’s book on Pakistan, China, US, South Asia; one on India’s ‘soft power’; a chapter on the domestic underpinnings of Indian Foreign Policy, especially on the MEA.  Tharoor also evoked the concept of  ‘Soft Power’ (first coined and elaborated by the Political Scientist Joseph Nye) during his book launch– that is, a country’s ability to influence its region or the world – not through military power, but through ideas, culture, institutions, and a web of cooperative endeavours.  He believes India has considerable ‘soft power’ that it can rely on and invoke, which is a source of strength.
Tharoor’s talk on the occasion of his book launch was impressive, persuasive and engaging. The book too is a serious attempt to articulate a vision for India in the near future: God knows there are too few thinking politicians in India today.   Some of the chapters are fairly in-depth and address some really serious issues that need to be confronted.  This book must be read by anyone interested in India’s foreign policy.  However, it is this reviewer’s opinion that those reading Tharoor must also make it a point to also go though Ramachandra Guha’s “Ten Reasons why India will not – and must not – become a superpower”, if only to get a sense of perspective.  Far too many books have come out in the last 10 years harping on the rise of China and India, that the Indian middle classes have come to believe that their country is an ‘Emergent power’, a ‘Rising superpower’, a ‘Reluctant superpower’ and other epithets, and it is there for the asking.  Parag Khanna rightly pointed out that India has neither the capability nor the ‘strategic appetite’ yet, to be a world or even a regional power.  When travelling in India, one often wonders whether the Indian upper middle class which flits from mall to air-conditioned offices to gated communities – is aware of the stark inequalities, the appallingly inadequate infrastructure and power shortages – when it stakes such a claim for India.  At any rate, why can’t they – and Tharoor – wish for an India that is different: one that is more ethical, concerned about the welfare of the less fortunate, more interested in ideas and ready to lead by example?  That would indeed be showing real leadership – and doing justice to our long and hoary past.
Shashi Tharoor’s
Pax Indica: India and the World of the 21st Century is published by Penguin.