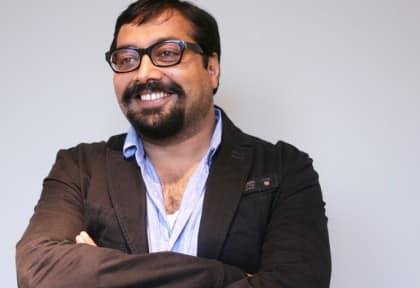 
Anurag Kashyap’s body of work has re-defined how audiences interact with genre cinema in Hindi films. With the international breakout success of his gangster epic Gangs of Wasseypur, he has brought contemporary Hindi cinema back into focus on the world stage. His other films like Black Friday, Gulaal and Dev.D have acquired cult status over time. On the occasion of his new feature Psycho Raman (also referred to as Raman Raghav 2.0) being screened at OzAsia Festival 2016, Kashyap shared his thoughts about the aesthetics of his new film, artists as soft targets, and where he sees the industry headed in the future.
One of the first things that strikes you about Psycho Raman is the particular aesthetic feel of the film. Kashyap credits this to the instant chemistry he shares with his cinematographer Jay Oza.
“I like to shoot in real spaces,” Kashyap explains. “With Jay, he’s also willing to push his boundaries. We wanted dark to be dark and light to be light and not alter anything. He [Jay] also has an eye in the way he looks at things. It’s that instant chemistry we’ve had ever since we started working together and it shows in Raman Raghav 2.0.”

It wouldn’t be an Anurag Kashyap feature without distinct music. Even in Psycho Raman, the picturisation of songs such as Qatl-e-aam and Behooda leave a lasting impact. Kashyap says he’s been fortunate to find people like lyricist Varun Grover and musician Ram Sampath who are more enthusiastic about making good content rather than making hits.

“That is [song picturisation] something I work a lot on,” Kashyap says. “We want to communicate it in just the correct way. It’s very important and I’m lucky to find somebody like Varun Grover or Ram Sampath. They know that Raman Raghav is not the kind of music that is going to break the charts and it’s not the kind of music that is going to get them more popular films. But they are still enthusiastic about it, put in their heart and soul and are willing to work within the constraints that I’m working in. I think I’m very fortunate that way.”
However, Psycho Raman also has a thought-provoking implicit narrative about religious fundamentalism that has largely gone undiscussed or unnoticed. Kashyap outlines this thread as one of the significant aspects of the film.
“The key thing in the film was just that. And I wanted to put it out there because suddenly we are living in a time where the whole world is becoming so right wing. The entire world, it’s not just India. Suddenly, there is this insecurity. And insecurity is pushing people towards religion. And religion is giving them an excuse to hold on to their insecurities and put out their prejudices. And that’s exactly what I wanted to show.”
Speaking of insecurities and prejudices, it seems we are living in times where art and artists are soft targets, particularly in India. This is evident in the numerous censorship issues surrounding films like Udta Punjab or the recent outcry to ban Pakistani actors from working in India altogether.

“It’s largely the case in India. I don’t think it happens outside this country. Artists have always been soft targets. Anybody, if you see the people who pull in the film stars, film and cinema, they ride on it to get attention,” Kashyap claims. “There’s somebody sitting there shouting, ‘Pakistani actors go back’. If it wasn’t about actors, if he went out and said, ‘Pakistani shopkeepers go back’ they wouldn’t get the coverage. They won’t get attention. So, the film industry has always been used as a soft target.”
He continues, “It’s all vested interests. Something that I’m unable to deal with, so I will blame you. Because I can’t deal with it. Anything that is uncomfortable must be banned. It’s our own prejudices which surface. Right now, we are dealing with times where prejudices are completely floating, they are on top. We are wearing our prejudices now. We are empowered to wear our prejudices. That is what is happening right now.”
There have been recent reports of a few major corporate film production houses either shutting down or suffering huge losses. As a producer himself, does this worry him? On the contrary, Kashyap feels this is a healthy cycle and the film industry will come out stronger.
“The issue is only about choices. A lot of people have been making films based on the image, rather than what the content is and whether that matches the kind of film we are making. We have studios fighting with each other in a country that is so star-driven but there are very few stars. I think this was bound to happen.”
But Anurag Kashyap is thoughtful about the future of the Indian film industry.
“Like anything which falls and rises again, this will also be the same,” he says. “When a system becomes sick, you need to go to a doctor. Right now, our industry’s health is not very good and it needs to go through a complete rehabilitation and it will come back stronger.”
Psycho Raman is screening at OzAsia Festival on Sat 1 October. Click HERE for more
- Advertisement -
Share
WhatsApp
Facebook
Twitter
Linkedin
Previous articleSufi soul with a gospel heart
Next articlePower and prejudice