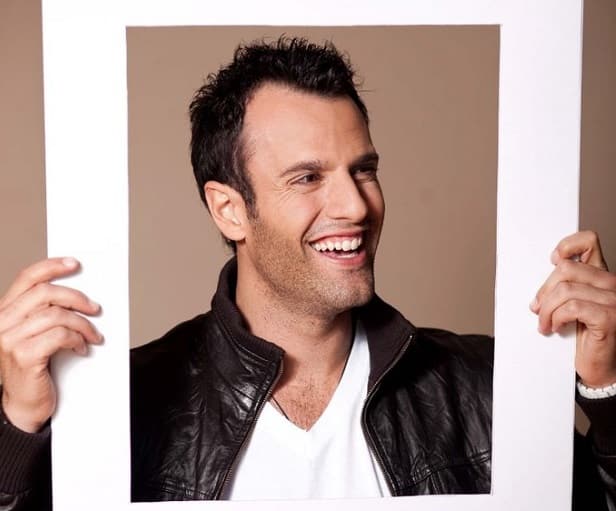 Reading Time: 6 minutesAn interview with Band of Magicians’ James Galea reveals his first job as a magician was in an Indian restaurant. By Kashif Harrison

It’s been quite a while since I have spoken about magic, apart from the magic of what on air vibes can make you do and think of, but #ThrowbackThursday is all about going back and what better to do that than with the Sydney Festival show Band of Magicians. I was lucky enough to interview one of Sydney’s own and best card trick magician James Galea on Indian Link Radio, and did it bring back some awesome magic vibes just in time for New Year or what?

Galea was introduced to the art of magic at the age of 14, used to study magic for eight hours a day, gave his first stage performance when he was 18, he is known as introducing a fresh breath of life into the world of magic.

Here are some of the highlights:

Kashif Harrison (KH): how did you come across to becoming a magician?

James Galea (JG): Firstly I started off as a pianist, I really loved music, but my parents didn’t want me to do, as that they wanted me to get a real job. So, I said ok, I want to be an actor so that went on for a few years but then they said no, we want you to get a real job. Then I didn’t give up so I told them I wanted to be a magician and they thought I was joking, but then I just did it!

KH: You’re an actor, a director and a producer, so let me just say wow to that! How do you manage it all?

JG: Ahmmmm I…don’t sleep much, I do it by choice as I enjoy it. I enjoy planning the act and putting it all together, so yes, it’s a lot of fun for me.

KH: Now tell me, how did this inspiration to become a magician come to you?

JG: I did my first trick at an Indian restaurant. There was an Indian restaurant in Eastwood. I remember A Jays I use to work there three nights a week doing magic and that’s where I learnt my craft. I used to perform magic on the tables for people and yeah this is true. That’s how it started for me because I was taken under the wing of this magician. I was an apprentice to him and that’s one actual paying job that I got.

KK: Now tell us something about your first trick?

JG: Well, the first one was really something terrible and trust me I’m sure it’s not worth mentioning either. But after that you know I started getting good at it, I always use to practice by playing cards, so that kind of became my froth early on.

KK: Who inspired you?

JG: Well, there was the first magician I ever saw on television, um, I don’t know what shows you remember being on TV, but there was a show called the World’s Greatest Magic and it had like 30 magicians on doing tricks. Being a kid, I recorded it on VHS and kept on watching it over and over again.

KH: Now tell us something about the experience you have been having filming your own show on Discovery channel named Breaking Magic?

JG: Yeah! That was me with a bunch of other talented magicians; a strange very challenging froth of more science than magic. It was like magic is where I wanted it to go. The show did really well all across the world, but the new show we’re doing kind of dwells from that you know being a part of an ensemble with other magicians, which was really exciting for me. To be a part of a group, as opposed to doing magic alone was really interesting.

JG: So basically you’re telling me you love boy bands, fine KK, haha I can deal with that…

KH: But seriously, tell us something about Band of Magicians, what is it all about?

JG: Well, it is the world’s first magic super group and simply it’s me and three other very talented magicians, Justin Willman, Nate Staniforth, Justin Flom, who are incredible magicians in their own right. And these guys are really good friends of mine. I live in Los Angeles and I remember we were having dinner at my place one night, and despite all of us being from different parts of America, we all just happened to be in the right place at the same time. We were sharing some really great stories about magic, and it was like, you know, we should do this every night. What if there was a show we could do where we get to travel the world, and we could do this every night? And that was kind of the origin of how it came to be. I’m so excited this is the first time the guys would get to be in Australia and I’m really excited that Australia, and Sydney in particular will be able to see these guys on top of their game, which is some real original magic and really exciting magic. We’re on for 10 nights from the 9th-19th of January, with are online sydneyfestival.org.au/magician.

KH: Yes, I can totally sign up for 10 nights of magic! How does it feel working with a group, I mean I get it working alone, you’re the one man show, but how does it work with a group?

JG: It was certainly a different process for everyone I mean we’re all magicians to tour internationally in our own rights and do our own shows and I have our own directors and producers and this made us put on aside for the betterment of what is a better show what is certainly interesting I mean the idea was we can create something better to some of our parts and if one magician is amazing on our own imagine what would it be kind of like you know seeing I guess a bunch of magicians like you see any great band where people come together to make something better than they could do it’s something really exciting.

KH: That’s exciting for sure and as it goes I am going to flood you with questions about it but mainly how much planning and rehearsals go into coming up with an act ?!

JG: It is different for every act, with the Band of Magicians it’s probably the most intense period any of us has been a part of, and it’s different for every show. I mean, we kind of have the idea of what the show is going to be like and then the certain pieces within the act and pitch in like this is what I can do and this is what others say I can do and it’s like we combine and how we can make something amazing with the four of us as oppose to just having you know they’re plenty of shows with other magicians full magicians and pay magicians who just go on and do their tricks and it’s kind of really boring but this was really great where all magicians would be doing something together working together. The process of putting that together we had rehearsals in Las Vegas and Los Angeles and we have been diligently working getting ready for our Sydney audience to premiere on the 9th of January.

JG: Oh definitely an audience I mean there is no better experience especially for an audience member not just for us but seeing magic Live is a wonderful experience in itself !! I remember seeing my first magic show when I was a kid for I began my journey of what I’m doing now it cannot be discounted you know seeing this stuff Live and there are a lot of things in this show that are not available on the internet or on our TV shows and we’ve made sure this show has absolutely some unique pieces you can only see at the Live show!

KH: You’re definitely keeping the suspense here; now in the near future what can we expect from the Band of Magicians?

KH: So would you be performing any Bollywood tricks for us?

JG: Haha, you know what, I don’t know what a Bollywood trick is all about but I’m up for it and I’m sure all the other guys are up for it too. You can organise a Bollywood show for Band of Magicians and we’ll be there how’s that ?!

KH: Do you remember a Hindi word someone ever told you about and you still remember it maybe?

And there you go, though I am pretty sure James did try his best at saying the best Hindi possible, but I think we will always remember his debut on trying it out here at Indian Link Radio. It was indeed quite an experience and I would suggest you all to Google James Galea to see his awesome tricks. I know I am booking tickets for this one, and trust me you should do! About time we make 2014 a magical year ahead!