The Visnu Purana, McComas Taylor’s translation of the ancient Indian text, is easy to follow and stays true to the original 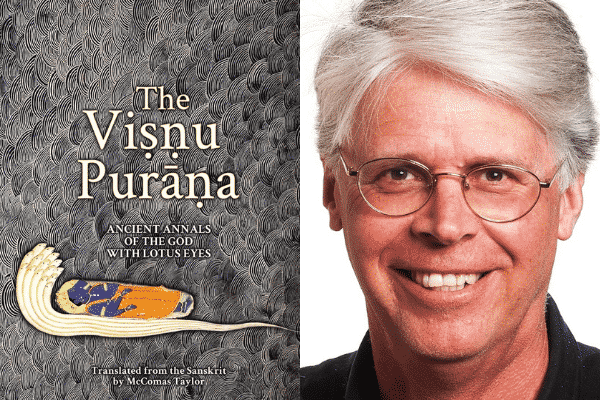 The Vishnu Purana was the earliest Purana to be translated from the Sanskrit and published in English, in 1840, by H H Wilson.

An important Pancharatra text in the Vaishnava literature corpus, it is canonised as one of the most sacred texts of the Srivaishnava community, in which I was brought up myself. I was exposed to the Vishnu Purana from a young age, and know of it as the most comprehensive and authoritative Purana of all on Lord Vishnu.  So it is indeed delightful to see a new translation of this much revered text, The Visnu Purana, by the Australian National University’s Sanskrit scholar McComas Taylor.

McComas Taylor has led the university’s South Asia Program in the College of Asia and the Pacific. His research has been in the highly esoteric field where classical Sanskrit narrative literature intersects with contemporary critical theory. This can be seen in the comprehensive introduction he has written to his book The Visnu Purana: it truly enhances the reader’s appreciation of the text.

Readers might be aware there are 18 great Puranas and possibly an equal number of lesser ones, all written in Sanskrit.  Besides these, there are scores of other Puranas – like the sthala puranas or mahatmyas of temples and sacred places in vernacular languages, which preserve accounts of sacred sites, communities and religious practices.

The Vishnu Purana’s date is rather contested and various scholars place it anywhere between 100 B.C. and 1400 C.E.  Taylor’s assessment is that it is about 1450 years old. What we can be certain of is that it dates later than the Mahabharata – as well as the Harivamsa, which describes itself as an appendix to the Mahabharata, as the creators were aware of the former. (Taylor recommends Simon Broadbeck’s translation of Harivamsa). Unlike the previous two, however, Taylor argues that the Vishnu Purana is filled with songs of praise, and imbued with a Bhakti that is absent in the two earlier texts.

The Puranas, as the name suggests, are a genre of sacred texts with collections of narratives from ‘long ago’. Needless to say, Lord Vishnu (especially in His manifestation as Krishna) is the central deity in the Vishnu Purana, which contains an account of the universe as well as a guide to life.  It places Vishnu at the centre of creation, theology, eschatology, soteriology – and reality itself:  it also provides a comprehensive introduction to the themes and narratives that constitute the Hindu imagination such as cyclical creation and destruction of the universe, gods and mortals, the population of the world – and the structure and conduct of an ideal society.

The Vishnu Purana also contains the trials and tribulations of Vishnu’s exemplary devotees like Dhruva and Prahlada, the struggles between devas and asuras and the deeds of great heroes as well as His Avataras. There are some great devotional shlokas and hymns in His praise; Krishna leela can be found in this text in its authoritative form and the Vedas are also invoked; creation and dissolution of the Universe is mentioned in some detail.  Indeed, the entire Purana is divided up into six ‘books’, viz Creation, The world, Society, The Royal  Dynasties, Krishna, and Dissolution.

The basic Hindu idea of samsara, or the cycle of birth and rebirth which continues forever – is explained in the Vishnu Purana, which also has a roadmap out of this to moksha – that can be achieved by merging with the Divine, Vishnu. One can realize this by cultivating the deepest devotion to the Divine.  The Vishnu Purana also explains the four stages of life – chaturasrama – through which all pious individuals are expected to pass. The purushartha or the goals of human existence, are also laid out.

It is this Purana that talks about Vishnu’s ten avataras as well – although the earlier Mahabharata lists between four and eight; and the later Bhagawata Purana lists 22. Krishna is the most important avatara in this Purana – indeed, as Taylor rightly points out, it is impossible to think of the Vishnu Purana without Him, as He is the subject of entire Book Five.

The Puranas must embody the pancha lakshanas or characteristics, and the Vishnu Purana adheres to this canon more closely than most other Puranas. It is a conservative text in that it places Brahmins at the top of the social hierarchy and also assigns a narrow role for women compared to some of the more liberal ones.

As Taylor says, “to be Hindu is to have internalised the Puranic thought-world”.

For those not proficient in Sanskrit but would like to plunge into the world of the Puranas (without the help of TV serials or Amar Chitra Katha!), I cannot recommend a better translation.  It is seamless, easy to follow and stays true to the original.

“The Vishnu Purana is poetry, beauty and nectar to be imbibed and relished,” notes Taylor.

His own rendition of it is beautiful, lyrical and deeply satisfying.