A novel looks at the tiny state’s history during a tumultuous time, writes MAYABHUSHAN NAGVENKAR 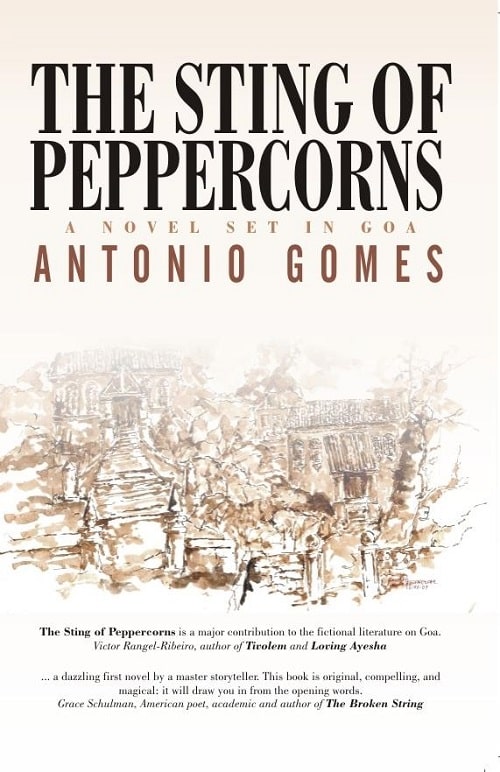 The Sting of Peppercorns by Antonio Gomes. Amaryllis, 2017

Antonio Gomes’ The Sting of the Peppercorns is set in an era of transition and tumult. It opens in the lavish, stately village of Loutolim in South Goa, once the abode of elite Catholic landlords, who had converted from the Gaud Saraswat Brahmin caste. Incidentally, Loutolim is now a well sought-after piece of real estate for the wealthy elite from Indian metros who are obsessed with the quest of owning perfectly preserved Indo-Portuguese homes.
On a balmy summer morning in 1961, one of the village’s grandest mansions and its masters – Afonso de Albuquerque, his wife Dona Maria Isabella dos Santos Albuquerque, other son Roberto and daughter Amanda – await the return of their ward Paulo from Coimbra in Portugal, where he had ostensibly gone to pursue law, but had wallowed in debauchery in the seedier parts of the river-fronted city, unknown to most others in the family.
The author immediately establishes the inevitable air of change, when Paulo, soon after his return, faces a brutal attack by a band of anti-colonial guerrillas keen on looting the valuables in the homes of the rich landlords of the time in the name of raising money for their subversive war against the colonists.
The Sting of the Peppercorns captures the steady decline in the fate and fortunes of rich, aristocratic Catholic families in Goa in the wake of the socio-political changes following the Liberation by the Indian armed forces and the subsequent takeover by the Indian administration.
Thanks to Paulo, the privileged, stoic Albuquerque lineage now finds itself getting charmed by the hippies in Anjuna and Calangute beach villages who had just begun to descend on Goa from Europe and Northern America in the mid to late 1960s.


The major socio-political changes in Goa in the 1960s, like the transition of power, the iconic referendum where Goans chose to be an independent state rather than merge with the neighbouring state of Maharashtra, the emergence of the hippies on the Goa canvas, as well as clash of cultures, both old and new, is vividly described by the author using the characters which are at his disposal.
The Sting of the Peppercorns, where the reference to peppercorns is undoubtedly linked to the overwhelming spice trade off Goa and the west coast fuelled by the colonisers, serves as a timely fictional reference of a relatively less-documented period and region.
Antonio Gomes, a native of Goa, is a Professor of medicine at the Mount Sinai Medical Centre in New York and specialises in cardiology. Not surprisingly, he has very aptly analysed Goa’s beating heart through one of its roughest periods.
IANS
- Advertisement -
Share
WhatsApp
Facebook
Twitter
Linkedin
Previous articleVikas Khanna: A ‘Buried Seed’ that bloomed
Next articleCommunity Noticeboard