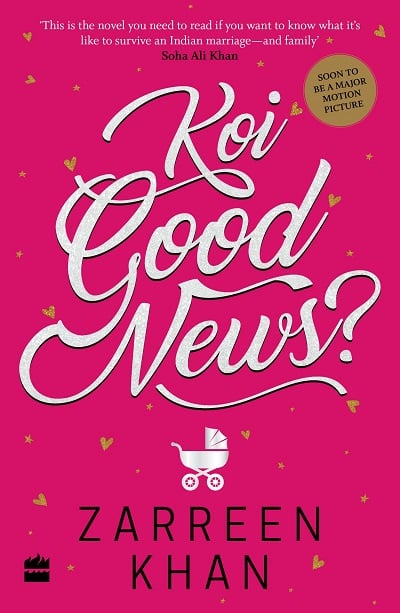 Reading Time: 5 minutesIt’s the dull season in the literary space and most known writers are currently doing what they are meant to do — write. Shuffling between literature festivals and promotional events from mid-September to March, the harsh summer months provide the much-needed space for writers to focus on their craft as their minds are not shattered by constant invitations and events.
Rumour has it that Vikram Seth is about to finish his much awaited sequel to “A Suitable Boy” — and even publishing insiders are eagerly awaiting it. Namita Gokhale has started working on what she calls “a fascinating novel”, Jeet Thayil, Manu Joseph, Amitava Kumar and Anjum Hasan, among other prominent writers are all absent from the limelight and are, perhaps, silently working on their next offerings.
Meanwhile, here are the five most anticipated books in May 2018:
1. Daughters of the Sun by Ira Mukhoty (Aleph)

Ira Mukhoty’s last book was the immensely popular and critically acclaimed “Heroines: Powerful Indian Women of Myth and History” and this time she returns with an equally appealing title.
In 1526, when the nomadic Timurid warrior-scholar Babur rode into Hindustan, his wives, sisters, daughters, aunts and distant female relatives travelled with him. These women would help establish a dynasty and empire that would rule India for the next 200 years and become a byword for opulence and grandeur. By the second half of the 17th century, the Mughal empire was one of the largest and richest in the world.
The Mughal women — unmarried daughters, eccentric sisters, fiery milk mothers and powerful wives — often worked behind the scenes and from within the zenana, but there were some notable exceptions among them who rode into battle with their men, built stunning monuments, engaged in diplomacy, traded with foreigners and minted coins in their own names. Others wrote biographies and patronised the arts.
“Daughters of the Sun” is billed as “the very first attempt to chronicle the women who played a vital role in building the Mughal empire”.
2. The Glass House by Chanchal Sanyal (Rupa)

What makes a house a home?
College professor M.B. and his designer wife, Roshni, are a yuppie couple living in the ever-expanding, smog-encrusted, roiling city of Delhi. They have finally achieved their dream of buying their own apartment-in an up and coming builder’s complex in Gurgaon (now Gurugram). The problem is, it looks like it is going to be up and coming for a while.
Along with this woe come tumbling a hundred others. M.B. is sure his wife’s growing distance and disaffection has less to do with the stalling on the house front, and more because she is finding solace in the arms of Rocky, the stud son of their Punjabi landlord.
A darkly comic take on the big, bad city of Delhi, its many moods and characters, “The Glass House” presents a look into the ideals of urban happiness, and the pitfalls and prices that come along with its pursuit.
3. Koi Good News? By Zarreen Khan (HarperCollins)

This “hilarious private journal of a highly public pregnancy” has already been optioned for a feature film by a major production house and has come with rave endorsements. Swati Daftuar, Commissioning Editor at HarperCollins says “Zarreen’s is one of the freshest and most exciting voices in Indian fiction in English that I’ve read in a while. It’s effortless, irreverent and entirely contemporary. This is the Indian urban life, laid out in all its hilarious glory – warts and all! We’re so glad to be publishing her.”
When Mona Mathur of Dehradun married her college sweetheart, Ramit Deol of Amritsar, there were two things she wasn’t prepared for: 1. The size of the Deol family — it put any Sooraj Barjatya movie to shame. 2. The fertility of the Deol family — they reproduced faster than any other species known to mankind.
It’s been four years since their wedding, and Mona and Ramit have done the unthinkable – they’ve remained childless. Of course, that also means that they’ve battled that one  question day in and day out: Koi Good News?’
Now, the truth is, Ramit and Mona had been trying to conceive for the past one year. But having a baby isn’t as easy as it’s made out to be. Finally, aided by the wine at their highly glamorous neighbours’ party, Mona gets pregnant. And so begins a crazy journey — complete with interfering relatives, nosy neighbours, disapproving doctors, and absolutely no privacy!
4. The Forgotten Cities of Delhi by Rana Safvi (HarperCollins)

After the conquest of Delhi by Mohammad of Ghor, many dynasties ruled over it. Each of them either built a new capital or expanded the existing one, giving Delhi a living history of over 1,500 years. Today, these erstwhile cities remain as neighbourhoods with remarkable character — Siri, Jahanpanah, Tughlaqabad, Firozabad, Dinpanah, Shergarh and Hazrat Nizamuddin Basti — giving Delhi a unique soul incomparable to other state capitals.
In The Forgotten Cities of Delhi, Rana Safvi takes us on exploratory trails of the remains of these cities — monuments and tombs that have survived the onslaught of urbanization and apathy – and gives us a soulful introduction to their histories, blending her narrative with stirring Sufi couplets.
The result is an in-depth tour that’s full of awe and pathos, and makes us marvel at remnants from an era that was possibly the richest in Delhi’s archaeological history – an era of kings and courtiers, poets and saints, princesses and philosophers.
5. Life Over Two Beers and Other Stories by Sanjeev Sanyal (Penguin)

An entertaining and surprising ride through an India you thought you knew Sanjeev Sanyal, bestselling author of Land of the Seven Rivers, returns to enthral readers with a collection of unusual stories. Written with Sanjeev’s trademark flair, the stories crackle with irreverence and wit.
In ‘The Troll’, a presumptuous blogger faces his undoing when he sets out to expose an internet phenomenon. In the title story, a young man loses his job in the financial crisis and tries to reset his life over two beers. In ‘The Intellectuals’, a foreign researcher spends some memorable hours with Kolkata’s ageing intellectuals. From the vicious politics of a Mumbai housing society to the snobbery of Delhi’s cocktail circuit, the stories in Life over Two Beers get under the skin of a rapidly changing India-and leave you chuckling.