Don't Miss! Five books to look forward to in August 2018 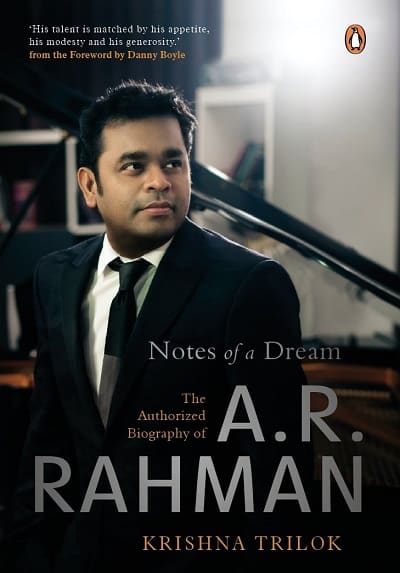 Reading Time: 4 minutesWith the release of riveting novels such as “Latitudes of Longing” by Shubhangi Swarup and “All The Lives We Never Lived” by Anuradha Roy, the Indian bookshelf has thrown up quite a lot in recent months for fiction lovers to chew upon. But the coming month will bring cheer to readers of biographies and memoirs as a number of offerings from the genre are soon to hit the stands.
Not only are these books diverse in their themes and the subjects they explore, but each of these offerings also stand out for the appeal that the subjects may have for most readers.
Here are the five books we can’t wait to read this August:
1. Searching for Home: Stories of Indians Living Abroad, by Simran Chawla (Hachette India)
The Indian migration story is not a new one; and today, though the country is seen as a strong emerging market and a developing superpower, tens of thousands of Indians still leave India each year to seek new lives on distant shores. This timely book is said to take the reader a step closer to the lives of non-resident Indians (NRIs), and sets out to answer two basic questions: What are they looking for and what do they really find?
Billed as “a first-of-its-kind narrative,” the book tells the stories of people, who, though separated by thousands of kilometres, share experiences that continue to bind them to their homeland.

2. Anything But A Wasted Life, by Sita Kaylin (HarperCollins)
This book appears to be a bold and candid memoir. Sita Kaylin, a California-based veteran in the sex industry, has lived the pitfalls of being naked in front of strangers and the absurdities that arise when you fake intimacy for a living. She left home when she was 16, worked hard at several jobs and eventually started college after dropping out of high school. There, a roommate turned her on to stripping, revealing a way out of the crushing financial pressures she felt and her struggles as a pre-law student with very little time or energy to study.
This is the story of the unorthodox life of a woman may attract many prospective readers.

3. A God In Exile, by Raghu Rai (Roli Books)
Celebrated photojournalist Raghu Rai and Tibet’s iconic spiritual leader, the Fourteenth Dalai Lama, share a common fate. Both were destined to lose their homelands. While partition forced Rai to escape from what is now Pakistan’s Punjab province aged five, the spiritual leader was almost 24 when he fled his summer palace in Lhasa to reach freedom and asylum in India.
Billed as “a personal tribute to India’s most cherished guest and political refugee”, the earliest images in the book are intimate glimpses into the private, everyday world of a dethroned god-king. As their proximity grew, the ease and affection with which they interacted matured into a special friendship and is said to be evident in the offering.

4. Divided by Partition – United by Resilience, by Mallika Ahluwalia (Rupa)
This book appears to be as much as a historical chronicle as a memoir of lives shattered during the mayhem of the 1947 Partition, following which lakhs of people lost their homes, livelihoods and lives. But many found the strength to look towards the future and focused on rebuilding their lives. This book captures stories of resilience and sheer grit of people like Manmohan Singh, L.K. Advani, Kuldip Nayar, Milkha Singh and Ram Jethmalani, among others, who were all caught in the vortex.
Through their first-hand accounts, they provide a visceral insight into the devastation of families who endured the migration, the camps, and the struggle of rebuilding their lives.

5. Notes of a Dream: The Authorised Biography of A.R. Rahman, by Krishna Trilok (Penguin)
High as the expectations may be from this authorised biography of A.R. Rahman, particularly because the musical maestro is known for not revealing too much about his life, this book will also attract close scrutiny as authorised biographies have long been known for ignoring aspects that the subject does not want to be featured in the book.
There may be few such aspects from Rahman’s life in the book, but keen readers will be looking for more than just the glitz and glamour that surrounds the subject’s life. Whether the book lives up to the expectations — “with all the rhythm and melody, the ups and downs” — or not, remains to be seen.