Exploring the relationship between globalisation and South Asian cooking 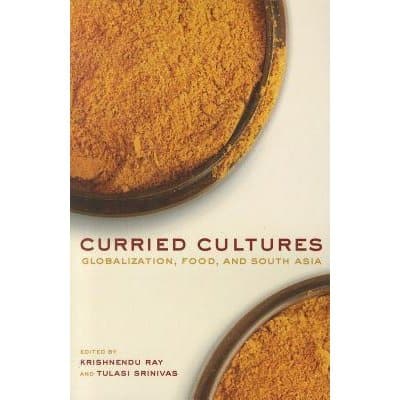 I stumbled upon this book – published a few years ago – while walking along book stores in Bengaluru. The book explains the relationship between globalisation and South Asia seen through the lens of the region’s culinary traditions. The collection of essays uses food to comment on a range of cultural activities, and how South Asian cooking has changed the everyday world of urbanites everywhere from the colonial period to the contemporary era. South Asian foods have become staple in many parts of the world such as Chicken Tikka Masala in the UK; Curry Raisu in Japan; chaat cafes in Berkeley and so on.


The book is a scholarly and serious study of what food does – and how it is shaped by – globalisation.  Some of the articles are heavy reading, targeted more at a scholarly audience and full of sociological jargon; there are, however, some gems in there for the lay reader as well. The chapter on how the ubiquitous Udupi hotels sprang up first in the Madras Presidency and Bombay, was particularly fascinating. It is about how impoverished Shivalli Brahmins from a village called Shivalli near Udupi, in the periphery of the then Madras Presidency, spread out to different cities in India to make a living and emerged as successful food entrepreneurs.

What struck me as significant was how socio-religious customs shaped the business enterprise of a whole community. Shivalli Brahmin boys and men learnt to cook from a young age as only the food they cooked could be offered as prasad in their homes.  When these young men left home for cities like the then Madras and Bombay in search of a livelihood, the only skill they had was cooking, and they put it to use by working in kitchens, and many succeeded in buying the outlets of their employers or setting up their own hotels.
From the famous Dasaprakash and Woodlands in Chennai to your lowly neighbourhood ‘Udupi hotels’, this is a most fascinating tale.
- Advertisement -
Share
WhatsApp
Facebook
Twitter
Linkedin
Previous articleNo hurdle too high
Next articleRemembering the emperor