Ind V Aus through the ages 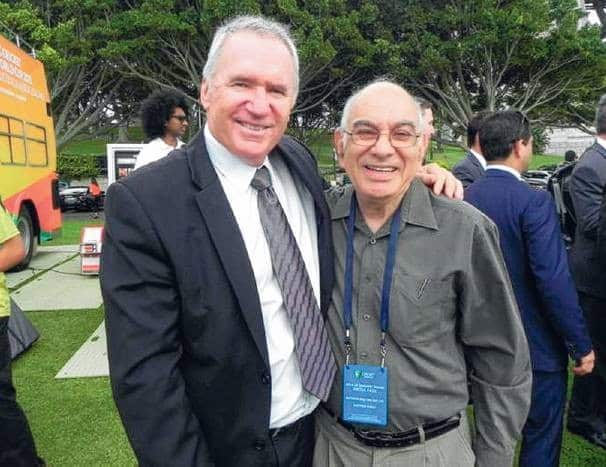 Reading Time: 3 minutesAs India and Australia conclude yet another bilateral series – just a mere two months after the end of India’s historic tour Down Under – it’s easy to forget that the countries have not always been such familiar foes. From Bradman to Kohli, the latest book penned by renowned Sydney-based cricket historian Kersi Meher-Homji, explores the vagaries of the relationship between perhaps the two most dominant forces in world cricket over the last 20 years, recounting in detail the most memorable (and some forgotten) moments in what has recently become, but has by no means always been, cricket’s premier rivalry.

India and Australia did not play their first Test match against each other until 1947, with India’s 1932 emergence as a Test nation halted throughout World War II. It was an enormous mismatch; India, in every respect a juvenile in world cricket, was roundly thrashed by an innings and 226 runs in Brisbane as Bradman’s Australians, who would later that year be anointed as the Invincibles in a legendary tour of England, ran rampant.
From Bradman to Kohli is perhaps the most complete record of the Test matches played between the two nations since that 1947-48 tour, a contest which has since 1996 been known as, and has been played for, the Border-Gavaskar Trophy. Most cricket fans today – age permitting – will remember the more recent contests chronicled in the book, particularly those played in the digital information age. But it is those less documented moments recounted by Meher-Homji, which unfolded before the advent of not only television, but well before transistor radios, which particularly capture the imagination and evoke nostalgic intrigue.


The majority of cricket followers are familiar with one of cricket’s most debated rules, referred to colloquially as the ‘Mankad rule’ after Indian bowler Vinoo Mankad infamously ran out non-striker Bill Brown in this manner at the SCG during India’s debut tour of Australia. What is not as widely recalled about that incident was it was the fourth time on the tour that Brown had either been warned or actually run out by Mankad in this manner, after similar incidents between the pair in two previous tour games.
Mankading is still seen as an unsportsmanlike act today, despite being encoded in the laws of the game. Yet as Meher-Homji notes, at the time, many, including Bradman, suggested that Brown should have learned from his earlier mistakes. Meher-Homji quotes Bradman: “Mankad was an ideal type, and he was so scrupulously fair that he first of all warned Brown before taking any action. There was absolutely no feeling in the matter as far as we were concerned, for we considered it quite a legitimate part of the game”.
Often lost too, to the annals of history, are the intricacies of touring life that are no longer part of today’s game. In 1935-36 and 1945, for instance, Australia sent a number of “unofficial” Australian representative sides to India, including a mixture of retired ex-players well into their 40s as well as emerging talents. Forgotten too is that in the pre-Packer days, touring teams would play all states before their first Test, as did India in its maiden tour of 1947-48.

It’s only in the second half of India’s relationship with Australia that Australian players stopped dreading tours of the subcontinent.

Until the 1970s, touring India meant the very real risk of gastroenteritis, sub-standard accommodation and inhospitable conditions. In fact, some Australian players even came close to dying from their afflictions – just ask Gordon Rorke, who fell so ill in 1959-60, he never played another Test, but would have felt lucky just to survive.
More than anything though, Meher-Homji’s book is a reminder of the rich and storied history of India-Australia Test cricket, and how far both countries have come since they first faced off some 70 years ago. Although it is India’s identity in particular that has changed most markedly, it is not too far a stretch to say that the valiant efforts of likes of Hazare, Tiger Pataudi, Bedi and Gavaskar, played no small role in paving the way to India’s historic triumph in Australia this summer.