3 ‘killer’ books to read this weekend 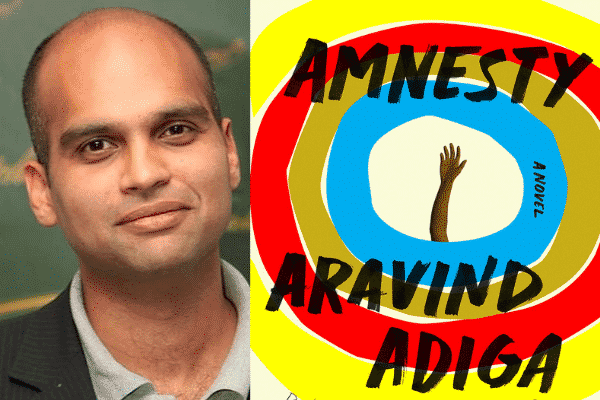 We present to you, three books that have something to do with ‘killing’ – one way or another!

Aravind Adiga’s new novel, Amnesty (Picador, 2020), is one which will resonate with many new migrants in Australia. It cleverly inverts the idea of ‘the other’, by giving a voice to an (illegal) immigrant in this country. Its protagonist is a Sri Lankan Tamil Dhananjaya Rajaratnam or Danny, who wades through the maze of Sydney life trying to eke out a living cleaning homes for cash, and generally steering clear of the authorities – and police – to avoid getting arrested.  He is in this predicament because his attempt at being recognised as a refugee has failed.  He had worked in Dubai for some time, but had been mistaken for a LTTE terrorist by Sri Lankan authorities on his return home and brutally tortured.

Desperate to get away, Danny uses his father’s savings to come to Australia on a student visa to study in a nondescript school, which turns out to be a big scam. His subsequent request for asylum is rejected, because, after all, he had arrived legally on a student visa (never mind the torture scars).  Consequently, Danny goes into hiding, living in a grocery storeroom for four years and moves about the city with a vacuum cleaner strapped to his back.

As Danny negotiates the world of living and working in Sydney as an illegal, trying to blend in by emulating the accent and streaking his hair – we are privy to what he thinks of Australia and Australians. Danny knows Radha – at whose home he does odd cleaning jobs – and that Radha is cheating on her Australian husband who exerts brutal control over her. Her lover Prakash is freeloading on her, yet at the same time resents the residual obligations she feels towards her husband.  When Radha turns up dead, Danny must either choose to tell the police what he knows or remain silent to avoid getting into trouble.

Adiga makes scores of astute observations about Australian attitudes, mind-set and outlook on life in general through Danny’s voice – Adiga himself had lived for some time in Sydney and purportedly still carries an Australian passport – so they feel quite authentic.  His reflexions on Australia are nothing short of searing, as his Man Booker Prize winning White Tiger was on India’s nouveau riche.

The book has been short-listed for the 2021 Miles Franklin Literary Award.

Sonia Faleiro’s novel Good Girls: An Ordinary Killing (Bloomsbury, 2021) is based on real events that shook the village of Katra in UP in 2014 – when two teenage girls, one 16 and the other 14, cousins and best friends -were found hanging from a mango tree in their village one night.  Faleiro has attempted to get to the bottom of the ‘killing’ by spending a great deal of time in the village, interviewing scores of people, and working on it for four years.  It is a wonderfully written book that is reportage at its best!

I will not disclose the actual ‘truth’ behind the event for fear of spoiling it for our readers, but Faleiro’s description of the brave stand taken by the women – who form a circle around the two girls handing from the tree, refusing to let their bodies be taken down for a full 48 hours, for fear there might be a cover-up; the journalists who descend on the village eager for a story; the fathers’ responses; the villager’s reaction et al, are laid out for the reader to behold in great detail. All the complexities of what it means to be a young woman in intrinsically conservative rural North India are made apparent as Faleiro carefully navigates disturbing and delicate themes. It is a most telling revelation of how ideas like honour, shame and collective village morality come head-to-head with modernity, mobile phones and media

The Good Girls is a harrowing tale that says as much about India’s underbelly of political corruption, violence against women, and caste prejudice – as it does about the two young women who fall prey to it. The book has already been chosen by a host of literary newspapers and magazines as a ‘must read’ for 2021.  Readers may recall that Faleiro has previously published a widely acclaimed book on the sex industry in Mumbai called Beautiful Thing.

READ ALSO: Fiji-Baat: A children’s series about language and identity

Deciphering a Kill  by Krishnakumar

A short new debut novel Deciphering a Kill (published by Notion Press Media, Chennai, 2021), by Krishnakumar (KK) is a whodunnit set largely in Bengaluru and Chennai.  It’s a racy page-turner and moves at a fast pace, and the denouement is a real surprise!  KK packs a lot of punch in this short novel, sketching the profiles of the main characters deftly. As good murder-mysteries generally do, this novel is also a commentary on modern Indian society.

The e-book is now available on Amazon.

- Advertisement -
Share
WhatsApp
Facebook
Twitter
Linkedin
Previous articleIndia’s dilemma on restricting coal use while supporting millions depending on it
Next articleWATCH: The official cheer song for Team India at Tokyo Olympics