They are among the 34 winners whose art can be found in 'The Ickabog'. 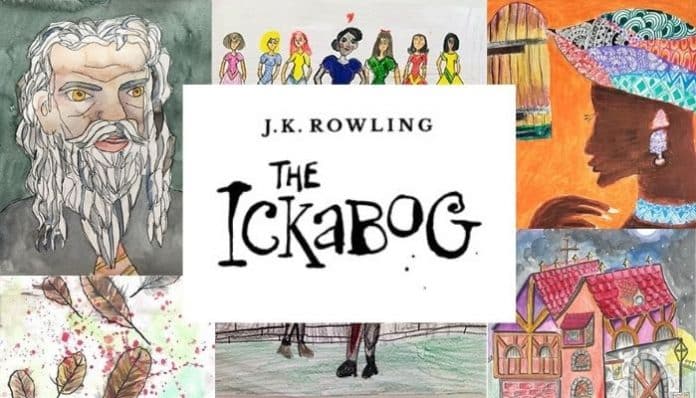 J.K. Rowling’s latest offering The Ickabog has fired up the imaginations of young readers worldwide, with 18,000 responses to a competition (for the 7-to-12 age group) to illustrate the book.

Eight Indian children and six Australian children are among the 34 winners from five countries who made the final cut.

The Indian winners are Aron, Indrashis, Aria (all aged seven), Meghashree, Divyanshi (eight), Radhya (nine), Divymaan (10) and Sai Prasad (11). Their surnames and cities of residence have not been revealed as this is not permissible in respect of minors under British laws, said the publisher, Hatchette Children’s Group.

To get back to the book: Remember what mothers across India told their children way back in the 1970s in the wake of the blockbuster Sholay? “Jaldi so jao nahin to Gabar uthake le jayga” (Go to sleep or Gabar will come and snatch you away)

A variation of this is the theme for The Ickabog, which deftly weaves the present day dog-eat-dog global scenario into lessons in morality – for instance, lies don’t become the truth even the 10th time they are related, and that there are no shortcuts to success.

There’s a rather interesting story behind this book – which proves another adage – that there’s a time and place for everything.

The idea for The Ickabog came to Rowling while she was still writing Harry Potter. She wrote most of a first draft in fits and starts between Potter books. The word ‘ickabog’ is derived from the word ‘ichabod’ meaning ‘no glory’ or ‘the glory has departed’.

“I read the story aloud to my two youngest children when they were very small, but I never finished it, much to the frustration of (daughter) MacKenzie, whose favourite story it was. After I finished the Harry Potter books, I took a five-year break and when I decided not to publish a children’s book next, The Ickabog went up in the attic, still unfinished.

“There it stayed for over a decade, and there it would probably be still if the Covid-19 pandemic hadn’t happened and millions of children hadn’t been stuck at home, unable to attend school or meet their friends. That’s when I had the idea of putting the story online for free and asking children to illustrate it,” Rowling writes in the Foreword.

Beginning in May, the first two chapters were posted on a dedicated website, with 34 daily instalments appearing in total, each weekday, up until July.

The response might have been staggering but was not surprising, given there’s much to tickle the imagination when you’re dealing with a mythical monster, a kingdom in peril and an adventure that will test the bravery of four children. Through the stories, they overcome of machinations of a crooked cast of characters whose evil ways eventually come unstuck as the power of hope and friendship triumphs against all odds.

The Ickabog is set in the kingdom of Cornucopia that was once the happiest in the world. It had plenty of gold, a king with the finest moustaches you could possibly imagine, and butchers, bakers and cheesemongers whose exquisite foods made a person dance with delight when they ate them. Everything was perfect – except for the misty Marshlands to the north which, according to legend, were home to the monstrous Ickabog.

Anyone sensible knew that the Ickabog was just a myth, to scare children into behaving. But the funny thing about myths is that sometimes they take on a life of their own. Could a myth unseat a beloved king? Could a myth bring a once happy country to its knees? Could a myth thrust the four children into an adventure they didn’t ask for and never expected?

It’s a jolly good read right up to the final denouement and as you immerse yourself in the book, you will in all likelihood be struck with a sense of deja vu of what is happening in the world around you and this is what makes the tale so believable.