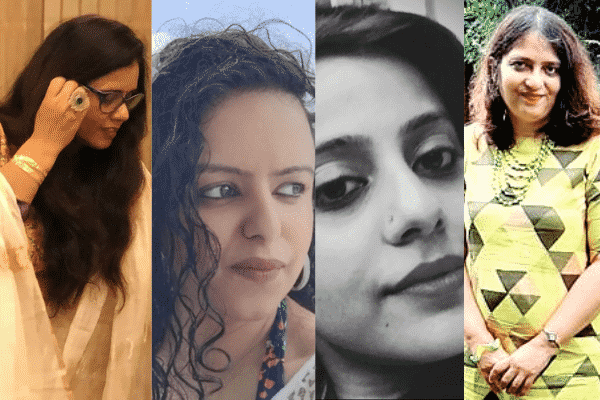 As more and more female poets publish their works as collections and anthologies, modern Indian literature is enriched with diverse voices and expressions of human emotions.

Here are four Indian female poets and their works you need to familiarise yourself with:

Life is bubble-box of experiences. Sometimes, you are victorious and your sheen has that golden glow. At other times, you lose. You are hurt by your own failures, or someone or some incident may give you enormous pains, making you feel emotionally crippled. Your heart often has to be stitched for you to live again. Stitching of heart is like Kintsugi, you tend to be far stronger than you originally ever were. ‘The Stitched Heart’ is a collection of fifty poems written by Limca Book of Records Holder, Neelam Saxena Chandra, that will help you grow to be tougher.

“In the earlier days, much emphasis was laid upon parameters such as rhyme and syllables. However, the present era of poetry tends to move towards free verse. However, as a poet having published 32 poetry books, I don’t give much importance to the style and form. What is more important to me is the central theme, the imagery, the flow and the manner in which the poet presents his/her views. In fact, certain times, in order to rhyme the words, the emphasis on the theme is often lost and during such times, I prefer free verse. I began with writing rhyming poems just like most of the poets, but now prefer free verse as a matter of choice,” the poet remarked.

Every human being has an innate desire to be heard and to be understood. But the comprehension of the same lies in the nuances of the emotions. The ones that are evident as well as the ones that are swept under the carpet. But who will listen, when everyone is going through the same thing? ‘Thera-poetic Bliss’ is a beautiful journey of self-discovery, the one that will listen to you as you read it and the one that will speak to you as your soul resonates with the blissful silence.

Each poem in this book is a continuation of the previous one, and yet, it is independent of what it resonates, woven like delicate threads of silk into a luscious fabric of hope.

READ ALSO: Manreet Sodhi Someshwar on “Girls and the City” and #MeToo

‘Dariya-e-Ehsaas’ in English means ‘Emotions of a River’. This book is for the semi-Hindi literate reader, one who understands and can speak Hindi fluently but cannot read with ease. That’s the second good thing about the book. All the poems are published in Hindi as well as English fonts so that any poetry lover can also taste the fragrance of poetic charm. Some of my personal favourites are: Tanha Ishq, Masoom Aankhen, Stree and Insaniyat, Woh ajnabee, Jashn-e-azaadi and Mrityu. This is an amalgamation of heart touching poems. One after the other, the poems grip you in emotions. The feel of the poetry is subtle and refreshing,” says the poet.

‘The Secret In My Blood’ by Akanksha Agrawal

‘The Secret In My Blood’ is a lattice of emotions expressed by a woman through her being that is analogous to life. It touches upon the tumultuous journey from a girl to a woman. The poetry renders a vignette that illustrates yearnings, the joy and ecstasy of passion and love. The poems depict the fervour and rhapsody between a man and a woman with vivid characterisation. The book is spread across three parts – Ovulating in Emotions, Bleeding in Love, and Fertile to Fly.