Books to read during Pride Month

This Pride Month, here are some of the best books featuring LGBTQIA+ characters and experiences - for adults and children alike 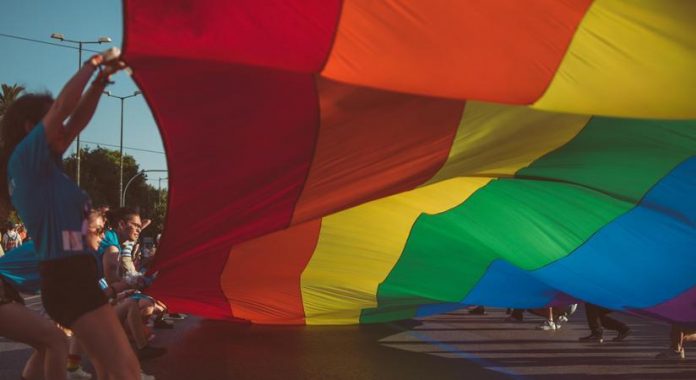 Traditionally, LGBTQ Pride Month celebrations in June – marked to honor the 1969 Stonewall riots – include pride parades, parties, workshops, symposia and concerts, but since this year is all about social distancing, here are suggestions to mark the occasion with books.

Arthur Less is a failed novelist about to turn fifty. A wedding invitation arrives in the post: it is from an ex-boyfriend of nine years who is engaged to someone else. Arthur can’t say yes – it would be too awkward; he can’t say no – it would look like defeat. So, he begins to accept the invitations on his desk to half-baked literary events around the world. From France to India, Germany to Japan, Arthur almost falls in love, almost falls to his death, and puts miles between him and the plight he refuses to face. Less is a novel about mishaps, misunderstandings and the depths of the human heart.

The Colour Purple by Alice Walker

The classic, Pulitzer Prize-winning novel that made Alice Walker a household name. Set in the deep American South between the wars, The Color Purple is the classic tale of Celie, a young black girl born into poverty and segregation. Raped repeatedly by the man she calls ‘father’, she has two children taken away from her, is separated from her beloved sister Nettie and is trapped into an ugly marriage. But then she meets the glamorous Shug Avery, singer and magic-maker – a woman who has taken charge of her own destiny. Gradually Celie discovers the power and joy of her own spirit, freeing her from her past and reuniting her with those she loves.

Boy meets boy. Boys become friends. Boys fall in love. An LGBTQ+ graphic novel about life, love, and everything that happens in between – for fans of The Art of Being Normal, Holly Bourne and Love, Simon. Charlie and Nick are at the same school, but they’ve never met … until one day when they’re made to sit together. They quickly become friends, and soon Charlie is falling hard for Nick, even though he doesn’t think he has a chance. But love works in surprising ways, and Nick is more interested in Charlie than either of them realised. Heartstopper is about love, friendship, loyalty and mental illness. It encompasses all the small stories of Nick and Charlie’s lives that together make up something larger, which speaks to all of us.

From the Fab Five – the beloved hosts of Netflix’s viral hit Queer Eye – comes a book, and an official guide, that is at once a behind-the-scenes exclusive, a practical guide to living and celebrating your best life, and a symbol of hope. Feeling your best is about far more than deciding what colour to paint your accent wall or how to apply nightly moisturiser. It’s also about creating a life that’s well-rounded, filled with humour and understanding and most importantly, that suits you. At a cultural moment when we are all craving people to admire, Queer Eye offers hope and acceptance. After you get to know the Fab Five, together they will guide you through five practical chapters that go beyond their designated areas of expertise (food & wine, fashion, grooming, home decor, and culture), touching on topics like wellness, entertaining, and defining your personal brand, and complete with bite-sized Hip Tips for your everyday quandaries. Above all else, Queer Eye aims to help you create a happy and healthy life, rooted in self-love and authenticity.

Juliet Milagros Palante is a self-proclaimed closeted Puerto Rican baby dyke from the Bronx. Only, she’s not so closeted anymore. Not after coming out to her family the night before flying to Portland, Oregon, to intern with her favorite feminist writer. In a summer bursting with queer brown dance parties, a sexy fling with a motorcycling librarian, and intense explorations of race and identity, Juliet learns what it means to come out–to the world, to her family, to herself.

The Music of What Happens by Bill Konigsberg

Throw in a rickety, 1980s-era food truck called Coq Au Vinny. Add in prickly pears, cloud eggs, and a murky idea of what’s considered locally sourced and organic. Place it all in Mesa, Arizona, in June, where the temp regularly hits 114. And top it off with a touch of undeniable chemistry between utter opposites. Over the course of one summer, two boys will have to face their biggest fears and decide what they’re willing to risk — to get the thing they want the most.

READ ALSO: Equality for all