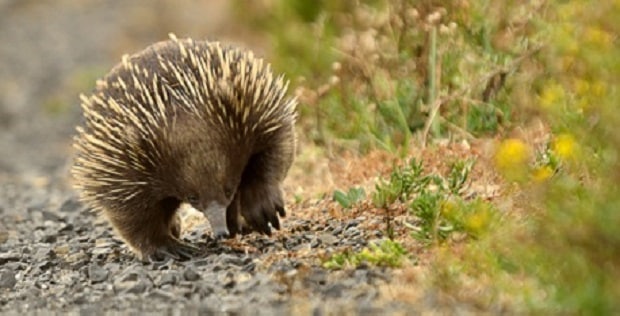 Bannerghatta National Park, Karnataka, India. A crimson sun sets over a herd of Samba deer, and a young, aspiring wildlife photographer captures an artful shot of the setting sun between the antlers of a deer.

It’s a turning point of sorts for Amoghavarsha, software engineer turned photographer, storyteller and filmmaker. “There were 20 other photographers there, and I was the only one to get that shot. Even today, people identify me by that particular shot”, he says enthusiastically.

Today Amoghavarsha is a successful, full-time wildlife photographer and filmmaker. He was part of the Indian delegation at the Australia-India Youth Dialogue in 2013, which gave him an opportunity to visit Australia for the first time.

“When I knew someone was picking up the tab, I decided to make the most of it”, he says cheekily.

And he did. He travelled for 5 weeks, from the Tarkine rainforest to the Great Barrier Reef, filming remote wilderness and urban landscapes. The result is a 4-minute independently funded video called One Australia that he released, to perfect timing, on January 26, 2014: Australia Day and India’s Republic Day.

It’s not been an easy journey for Amoghavarsha. He quit the comfort and stability of a job in software programming in Bengaluru, and plunged headfirst into wildlife photography.

“The first six months were really, really, REALLY difficult, even to just make ends meet”, he says. “The biggest issue was not money. One copes by making lifestyle changes. What was harder was finding and building a market for my work. Then the financial crisis hit in 2008. I questioned myself, wondering if I was good enough. That was the hardest bit”.

Commercial opportunities like wedding photography came along where Amoghavarsha had the opportunity to make quick money. Tempting though it was, he didn’t give in. And it paid off. In six months, things started falling into place. He started teaching short-term courses in photography, and got opportunities to work with Karnataka Tourism and the Centre for Environment and Education.

“With photography, I realised that there was a lot of focus on the tiger,” he explains. “So I started photographing snakes and frogs, some of which are so rare, only 4 or 5 photos of them in the wild exist!”

He landed an assignment with Natural Geographic, where he worked on a film called Secrets of the King Cobra.

This was another turning point of sorts. “I realised that I love telling stories,” he reveals. “Film as a medium seemed very natural to me”.

And so a film of his Australian travels was the obvious choice for Amoghavarsha. A riveting montage of his travels, the films plays more like a fast-paced thriller than a travel film. The music – contemporary, fresh, and laced with a sense of mystery – was composed for and inspired by the film. Covering 7000 kilometres, the film features Philip Island, Apollo Bay, the Great Barrier Reef, the Tarkine rainforest, Bruny Island, Airlie Beach, South Stradbroke Island and much, much more. Amongst the urban landscape is a time-lapse feature of the Sydney Opera House. Amoghavarsha laughs and recalls shooting it from the 18th floor of the Shanghai Hotel in Sydney with friends. Yes, there was beer involved. And yes, he does mix business with pleasure.

Talking of beer brings us to Melbourne, and a beer shop he visited in St Kilda that stocked 600 types of beer from all over world.

“I love beer”, he chuckles, “and the sheer variety at this place was amazing. I guess I work hard and I party hard!”

When asked about Australia in general, he says he was captivated by the beach culture.

“We don’t have this sort of a coastline in India”, he explains, “I loved the beach, and the sea-focussed culture. I loved the Great Barrier Reef, it was something I had always dreamt of. Plus I did diving for the first time. Now I’m hooked!”

Talking about achievements, Amoghavarsha says taking his work across India across different mediums and reaching a mix of people, is very satisfying. His work was exhibited on a mobile train exhibition organised by the Indian government which aimed to reflect India’s biodiversity and spread awareness about conservation.

“Two million people saw my photos and were able to connect with the Western Ghats. To think people in remote parts of the world know me through my work…it’s humbling”, he states.

One Australia can be viewed here