Assertive musings from Mishra at SWF 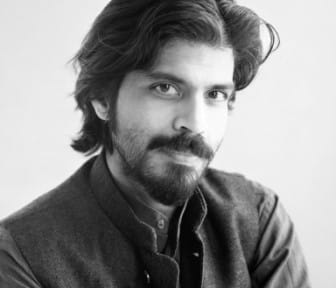 Indian novelist and essayist Pankaj Mishra is an articulate man with a beautiful voice, and an overriding knowledge of the ‘big’ picture of sub-continental history and politics. He is the author of previous books Butter Chicken in Ludhiana, The Romantics, An End to Suffering and Temptations of the West. And he can court controversy as well. Last year he wrote a scathing review on a book called Civilization by Niall Ferguson, which created a great outcry in British literary circles. Mishra has been described as a left wing polemicist and an Asian radical, and said he expected his new book From the ruins of Empire to receive widespread criticism as it defied conventional wisdom, but it was criticism he welcomed.
“…It obviously highlights Asian voices, which are conspicuously absent from the kind of histories that people such as Ferguson have authored, the kind of histories that have become very important in the West, though they exclude, almost entirely, some of the most important, interesting and resonant voices from Asia…” stated Mishra.
At the Sydney Writer’s Festival, the always engaging Julian Morrow from the infamous Chaser team was Mishra’s interlocutor at an event on the Wharf. Although the conversation touched on many of his previous works, Morrow was primarily concerned with the new book. Mishra has always stressed that it is the imperative of a writer to know the history of his country and region, and further, his sense of his own place in the world.
Mishra disagreed with the idea of modernisation theory which advocates that secularisation means prosperity. He also asserted that the West had not considered the intellectuals who had written before and behind the famous names of Gandhi, Ho Chi Minh and Mao Zedong. His book describes the first generations of writers and political activists, the first to be educated in western style systems.
Mishra gave a short history of such an obscure figure, Jamal al-Din al-Afghani, a Shia Muslim who passed himself of as a Sunni in order to wield political influence. He had been influential in making Muslims attempt to understand the workings of western power after he had seen the ramifications of it in India. Al-Afghani foresaw the continuing weakening of Asian societies in the face of western imperialism. He “preached the necessity of reconsidering the whole Islamic position and, instead of clinging to the past, of making an onward intellectual movement in harmony with modern knowledge”. However, he was an inconsistent thinker and his hatred for the British coloured his world-view. In the end he advocated for violence.
Mishra also cited the work of the late 19th century intellectual Chinese intellectual Liang Qichao, who was revered by Mao Zedong. Qichao advocated his ageing civilization towards a kind of ‘enlightened despotism,’ after a radical break from Confucianism.
Mishra’s point was that by understanding these earlier thinkers, the West can stop seeing countries like China, akin to Cold War enemies, by understanding the imperatives these societies faced to survive. Mishra was also at pains to acknowledge the ‘huge blunders’ made by these societies, and the death and destruction caused by these blunders. He also questioned why any culture that aspired to ‘Western affluence’ is seen as a threat.
Mishra talked of the Japanese defeat of the Russians in 1905 as a key moment in the lives of Ataturk, Gandhi and Nehru, who received the news with a sense of ‘rapture’ because Japan had modernised to the point that it could defeat a ‘white’ country. He suggested that the West had underestimated the humiliation of non-white countries like India and China, who had been told of their inferiority. He stated that the history of modern Asia could be seen as beginning from this point.
But Mishra has also criticised those who he feels advocate from a Western viewpoint saying, “In places like India, there are a number of people who think it is very important to stand with American ideologies. So I think this notion that people in the late 19th century in India, China, Turkey or Egypt were thinking of other alternatives to this western model of politics and economy comes as a surprise to these Americanised commentators, who are either ignorant of these intellectual histories or see them as quite threatening to their own ideas about the world”.
The book has been described as “An engaging study (which) explores Asia’s intellectual response to western imperialism.’ Mishra is an engaging thinker and seemed to have genuinely challenged the mindset of the audience.