A tale of complexity and compromise 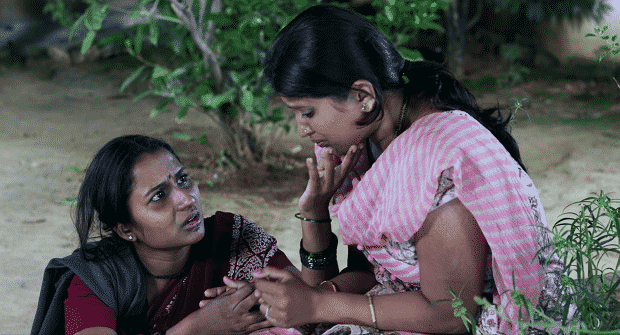 Sydneysiders had a unique opportunity to watch a movie made by Sudarshan, a versatile artist and a resident of Sydney. Sudrashan has been a capable playwright, producer and director of plays for some time now. However, his present focus is on directing and producing movies in Kannada. Mukha Mukhi was his first feature length movie, while Thallana (bewilderment/ consternation) is his second.
One of the characteristics of Sudarshan’s movies is the interpretation of contemporary life in any Indian city such as Bangalore. His films are totally removed from formula-based commercial cinema. He questions life and his films end up in a class of their own because of this.
In Thallana, a housemaid, Jaya works for Sadananda’s house and other households as well. She has a twelve-year-old daughter Sushma who is an intelligent, ambitions girl. Sadananda likes Sushma and helps her in her school projects.
The story begins on the day Sushma does not return home from school. The search begins. Jaya tries her best to find her daughter, but without luck. Sadananda tries to lodge a police complaint, but the inspector is reluctant, as his priorities are different. As usual, several godmen are consulted, and gods and goddesses are evoked with offerings. Schools are visited, orphanages are checked, all without success.
Jaya is shocked when it is suggested that her daughter may have been kidnapped into prostitution. Visits to prostitution houses begin. The police do not budge. The sequence of hopeless events takes a turn when Sadananda contacts the commissioner of police to intervene. This enrages the local police, who threaten Sadananda by claiming that they will frame a charge on him for having an illicit relationship with Jaya. In addition, Sandanada has his own crisis, as his daughter Gargi is forced to have an abortion by her in-laws. Worried that his involvement with the missing girl may jeopardise his own daughter’s future, Sadananda drops out. Jaya loses her friends and her livelihood. She reaches a stage when she says, “If someone can tell that me she is dead, I will be contended and will lead my life”. There is also the metaphysical tone: “Body is dust, life is the space”.
Is Jaya left to herself and her sorrow? No, life is cunning and selfish. Jaya finds a compromise and her life continues as it always does. Even her husband who was a gangster, reforms and starts to earn a livelihood. There is an element of hope and loss in the film that reaches out to the audience in a most poignant manner.
Nirmala Chennappa as Jaya, Sridhar as Sadananda, and Mamatha as Sushma exhibit great acting abilities. In many scenes the acting is so natural, that is doesn’t look like acting. Worth mentioning is the meeting between Jaya, who’s daughter is missing and Gargi, who carries a girl foetus only to be aborted, which are examples of the great acting in this film. The affection between daughter (Sushma) and her mother Jaya is portrayed well. Sadananda’s efforts to locate Jaya’s house interestingly shot by the camera crew. There are very apt locations, worthwhile dialogues and music interludes, all of which make the film an enriching experience.
Sudarshan looks deeper into life in Bangalore, amidst the IT companies, the glitter of the rich and the ‘haves,’ in parallel to the abject poverty and despair in the real lives of people who live in the slums. This is a meaningful and thought-provoking movie for all of these reasons.
Sudarshan migrated to Australia in 1992 from Bangalore, where he was actively into theatre, working with BV Karanth, Nagabharana and other critically acclaimed personalities. He has been active in writing and directing plays and other cultural activities since, and has produced three plays. Sudarshan also made two short films in Australia, of which Clouds weep on the greenness was a finalist at Tropfest 2002. His other short film Oasis has been shown in festivals around the world. He is currently working on two other scripts for features, one to be shot in 2014.
Thillana was screened in Sydney on September 22, to an appreciative audience and can be viewed again on October 27 at 4pm at the Hurstville Civic Theatre in Hurstville.