A rainbow of colour 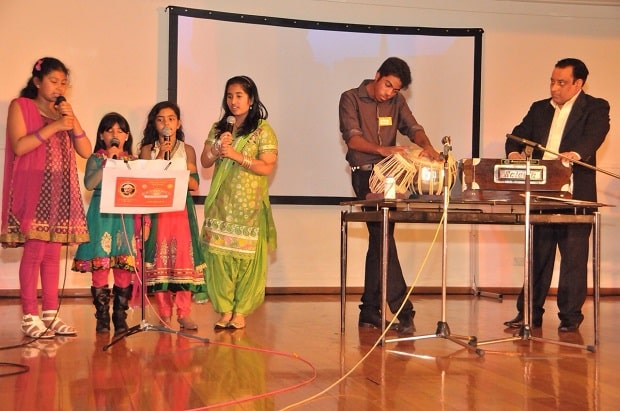 A truly multicultural experience was had by over 500 people at the recent Satrangi (seven colours) Festival 2014, held at Clayton Hall.

Where else could you get such a diverse blend of events, from music performances to film screenings, dance routines and fashion parades, to food stalls and comedy?

For the first time, members of the creative industry were able to come together to share their work at the event organised by Sangam Kala Group Australia (SKGA).

Local directors and producers were given the opportunity to screen their films and discuss their passion with their Indian colleagues, while both African and Australian musicians encouraged the crowd to get up and dance. In addition, this was the very first time that African and Australian models were participating in the colourful Indian fashion show. It was a sight to see! There was a rich assortment of performances, including Bollywood and traditional Indian cultural dances, singing, live bands and stand-up comedy acts, which showcased talent from around the world. They were all crowd pleasers!

At the beginning of proceedings, in a tribute to the legendary film director the late Dr Yash Raj Chopra, the lighting of the ceremonial lamp was completed by the Victorian Multicultural Commissioner, Chidambaram Srinivasan. The lamp ceremony itself further symbolised the multicultural aspect. Mr Srinivasan was followed by African and Australian performers who felt privileged to light the lamp. A number of other dignitaries, including the Mayor of Monash Council Steve Dimopoulos, along with MPs such as Martin Pakula, Hong Lim and Clare O’Neil spoke with the crowd and encouraged them in their multicultural endeavours.

SKGA Inc Victoria was inspired to organise the multicultural creative festival to showcase Indian and Australian performing arts, and strengthen cultural ties in the community. Festival Director Nawal Moudgil did not disappoint. He appointed a team of high calibre people, such as Vikram and Bhawna Kumar, for the task of making it both a fun festival and one that the late Dr Yash Raj Chopra would have been proud of.

Sponsors and advertisers were all there supporting the local talent, with even Ayur merchandise for sale, which was a new experience for many.

Satrangi Festival 2014 showed the fusion and talent of multicultural Australia, with a diverse gathering of people of all ages from varying cultures, origins and religions. Here’s hoping that next year it will be back – even bigger and better!