A cinematic treat for the soul 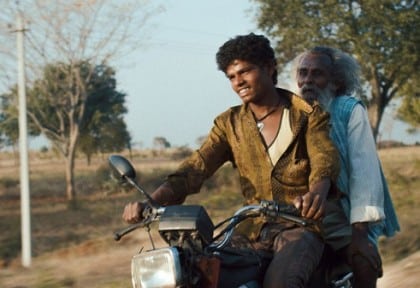 The recently concluded 63rd Sydney Film Festival screened 12 movies in its Competition section, each vying for the $63,000 Sydney Film Prize. The official Competition Jury judged the Brazilian movie Aquarius, the story of an older woman fearlessly standing up to the shady tactics of a developer, as the winner. The movie, starring former Brazilian siren Sonia Braga, seemed to be deceptively simple, at first glance. I must have missed the cutting edge bit that has been highly lauded!

More impressive movies (at least to me!) were Apprentice from Singapore, Land of Mine (Denmark, Germany) and The Childhood of a Leader (UK, Hungary, France).
Anurag Kashyap’s Psycho Raman was the only Indian movie to feature in the Competition section. It was refreshing to see some Indian faces in the audience for its screening, as hardly any Australian-Indians seem to attend the SFF otherwise!


Not everyone, though, cared for the gruesome subject: the tale of a psychopathic mass murderer, Raman Raghav, who haunted and terrorised Bombay in the late 1960s. Some left the screening, not able to stomach the lurid scenes and confronting story.
Kashyap was to attend but was a late withdrawal, citing his current battle with Indian censors.
Pan Nalin’s Angry Indian Goddesses, the acclaimed and bawdy Kannada comedy Thithi, and the highly commended, poignant documentary The Cinema Travellers, were among the other Indian offerings. Somewhat limited, though the quality sounds excellent!

Astonished that the world’s most prolific movie-producing country was represented so scantily at the SFF, I asked the Director of the Sydney Film Festival, Nashen Moodley the reason.
“SFF’s selection of Indian cinema is on par with major international film festivals, outside India, and in the last five years we’ve increased the number of Indian films screened at the festival,” he said. “We have included three Indian films in the Official Competition in five years.”
Asked if are there problems obtaining Indian movies for the SFF, Moodley said, “It varies from film to film. Some films are relatively straightforward to secure, while others are more difficult in relation to release dates, and other factors.”

Asked if there were plans afoot to source more Indian movies or documentaries for SFF in future years, Moodley said: “Each year we work to play the best films we can find from around the world, including India. The number of films from India will vary from year to year, depending on the number of films that we like that are available to us. I travel to India to see films, meet filmmakers and discuss upcoming projects.”
And, speaking of things Indian, it was pleasing to learn that writer/director Sheila Jayadev’s 15-minute short film Spice Sisters, starring Kumud Merani won the Event Cinemas Australian Short Screenplay Award along with a $5000 cash prize.

The Festival has been well received and encouragingly patronised by Sydneysiders. Over 240 films from 60 countries were screened, including 25 world premieres. As a regular festival goer for over two decades, it has been heartening to see the initiatives which have transformed it into a much anticipated event amongst the film cognoscenti, both in Australia and overseas.
Of the 33 movies I saw, the movie which enthralled me the most was the edgy Iranian drama Wednesday May 9, starring the accomplished Iranian actress Niki Karimi. What is it about the Iranians? They make memorable movies, despite the strict censorship which prevails.
Or is it because of the strict censorship that they find innovative ways of telling their own stories? Run, don’t walk, if you can find a screening somewhere.
- Advertisement -
Share
WhatsApp
Facebook
Twitter
Linkedin
Previous articleWhat Raghuram Rajan’s decision means for us all
Next articleTravelling talkies