Marriage used to be for life, but now it seems to be until your next wife, writes SUKRIT SABHLOK 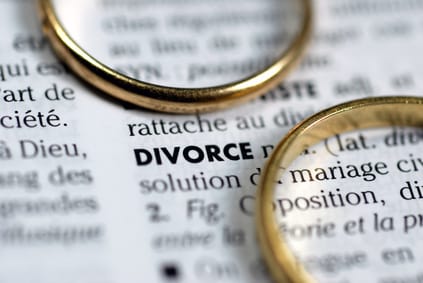 Across India I saw societies bound together by tradition: it was simply expected that marriage is a once-in-a-lifetime affair. The poor work hard in the fields but come home to their families; the middle-class toil in their 9am to 5pm jobs but come home to their spouses; the rich are fairly similar (the excesses of Hollywood culture where marriages can last only a few months aren’t as evident).

One of India’s famous actors is Amitabh Bachchan, who appeared in The Great Gatsby as well as many local Bollywood hits. Despite his obvious charms and way with the ladies, he’s not unusual in having been married to one woman since 1973.

But times are changing. Although India has one of the lowest divorce rates in the world, at about 1.1 per cent, this rate is slowly rising, and more so in the major cities than in the rural areas. According to marriage counsellor Geetanjali Sharma speaking in 2011, “There’s been a 100 per cent increase in divorce rates in the past five years alone.”

These statistics should be interpreted with caution due to methodological problems involved in divorce demography, however there is generally consensus that divorces are increasing in both India and the Anglosphere (although in America it has actually decreased a little since the 1970s and early 1980s). The statistics may not actually tell us much about relationship instability since they might just reflect the fact that divorces are now easier and cheaper to get than in the past when proving fault was required.

However they do raise an interesting question: are divorce rates and family breakdowns linked to cultural and religious factors? Obviously blaming everything bad on the West isn’t going to cut it: family violence or adultery leading to separation happened in India before globalisation too. Also, religion alone can’t be a deciding factor since Utah is the second most religious state in the US, yet has a divorce rate slightly higher than the national average. 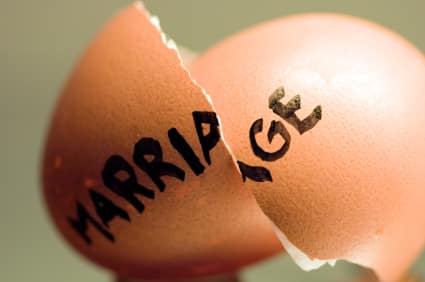 Krishna Nair, a 25-year-old living in Melbourne, says she personally doesn’t know any Indian families that have gone through a divorce. On the other hand, the split of between the divorced and not divorced among the Australian families she knows is about even.

“I think the approach to marriage in India is different, especially where I’m from – Kerala, which is less cosmopolitan and modern than other big states in India,” she says. “There appears to be a view that marriage is permanent, for better or worse, you either get lucky and find ongoing happiness or you’re less lucky and you face challenges.”

It’s true that Indian culture views marriage slightly differently, as can be seen in the practice of arranged marriages where parents play a major role in choosing a partner, and it’s not exclusively a matter between bride and groom. For men marriage is a natural progression after settling down in a career (traditionally, this is so they’re able to provide for their wife and kids, however increasingly women are breadwinners).

Some conservatives pin the blame on the influence of Western culture with its promiscuous sex and liberal attitudes to alternative lifestyles (like nudism). Others see rising divorces as a good thing because it signals women’s empowerment. Whereas in the past social pressure and financial dependence saw troubled marriages persist, now women can afford to separate from their partners.

There are economic reasons for rising divorce rates too. Professor Hans-Hermann Hoppe argues that the welfare state has made divorce more palatable since government assistance is now accessible in the event of separation. There’s consequently less reason to value marriage and family because they are not needed since you can fall back on public assistance. Hoppe suggests that “since the onset of the democratic-republican age, all indicators of ‘family dysfunction’ have exhibited a systematic upward tendency: the number of children has declined, the size of the endogenous population has stagnated or even fallen, and the rates of divorce, illegitimacy, single parenting, singledom and abortion have risen”.

Greater freedom has allowed couples to end bad relationships, but it does highlight the importance of choosing a partner wisely to avoid heartbreak.

A message from Prime Minister Tony Abbott on the eve of...

Life lessons from the Master